‘What is karagatan?’ Do you talk to your kids in Filipino? | Lifestyle.INQ ❮ ❯ 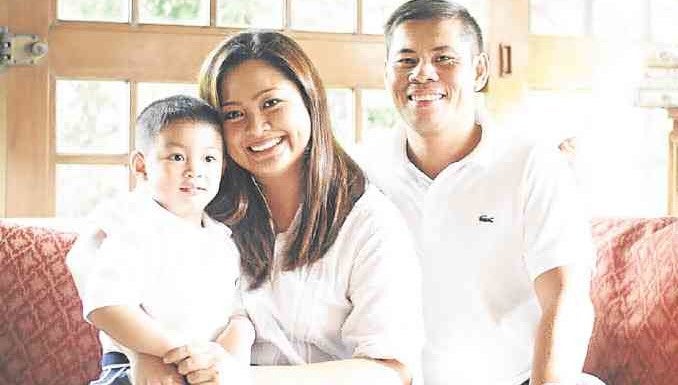 ‘What is karagatan?’ Do you talk to your kids in Filipino?

While growing up, we spoke Tagalog/Filipino at home. I watched “Yagit” and “Pinoy Thriller,” listened to “Gabi ng Lagim” and read Funny komiks.

By my fifth grade, there was a sudden focus on English. A can was parked at our teacher’s desk, where we had to drop a peso coin every time we spoke in Filipino.

By then, my dad, too, tried to enforce English as the language spoken at home, because he said it would give us an edge.

But it felt forced and came too late. He need not have worried, as my siblings and I eventually became fluent in both English and Filipino anyway.

By my high school sophomore year, Filipino enjoyed a renaissance as it became the medium of instruction for Social Studies, and for Economics in third year. There were rumors that even math, science and other subjects would be taught in Filipino.

In college, I experienced Filipino as a subject trying to stay current by embracing popular words, spelled as they are spoken.

In each of these changes, I think I managed pretty well. I remember that only a few of my classmates (the tisoys) had obvious problems with Filipino as they didn’t speak it at home.

Which is why it shocks and saddens me how a good number of kids these days are struggling with Filipino. Admittedly, much as I try to speak it at home with my kids and read to them Filipino books (those by Tahanan Books are beautiful and bilingual), there are just more books and shows in English, and my 5-year old son Jack gets impatient when he can’t communicate right away.

He understands what we mean, and we try not to giggle when his grammar is off. Jack has been more receptive now that he has a Filipino subject in kindergarten. In the past, he would rebel against it, saying his friends don’t speak it.

I have friends who have migrated, and their kids do not speak in Filipino for the very same reason: They won’t have to use it anyway.

Cheche Visitacion, 40, migrated to Perth, Australia, a few years ago. Filipino is the language primarily spoken in their home. Her daughter Zoe, 5, can speak both English and Filipino fluently.

Growing up, Filipino was the main language in Cheche’s household. “Even among peers, family, in school, only in the classroom was I required to speak in English,” she said. “Since the 1980s, private schools have required students to converse only in English. But more importantly, through the years, it is the social status attached to good English communication that has seen parents demand that their children speak the language even at home.”

Is being able to speak in Filipino important to her? “Yes, because we are Filipinos, and it is part of our heritage. While my daughter was born in Australia and will probably have English as her primary language eventually, it is vital to us that she understands how to communicate in Filipino because she is part Filipino,” said Cheche.

Sharon de Guzman, 43, lives in New Jersey, USA, and feels the same way. A mix of English and Filipino is primarily spoken in their home, and a little Spanish.

When she was growing up, Filipino was the language at home. “So I never really  ‘learned’ how to speak it. Writing in proper Filipino, I learned to do in school,” said Sharon.

She said her daughter Samantha, 15, understands Filipino very well. “She’s just a little shy with speaking it as she feels her grammar isn’t too good, but she can get her point across in Filipino if she wants to,” said Sharon. “I tell her to just speak it so I can teach her correct grammar and construction.”

None of Samantha’s friends are Filipino. “The Filipino kids she grew up with all speak just English when they hang out. So, her only main opportunity to speak it is at home,” explained Sharon.

Why does she think that kids in the Philippines these days aren’t very conversant in Filipino? “I think that’s mainly up to the parents. And, maybe an unspoken belief that speaking in Tagalog is baduy or beneath them,” she said. “I never valued our language more than when I migrated. Now, there’s instant bonding when you hear someone speak Filipino.”

To her, speaking the language is an integral part of being Filipino: “How can you say you are ‘proudly Filipino’ if you don’t even speak your native tongue? Samantha is learning to appreciate and use the Filipino language more and more. She proudly tells her friends she is an American citizen but is Filipino by heritage. Living in the US, it is easy to forget our traditions and culture, so we try to instill in her that she is Filipino first and foremost. Language is the first step.”

Maricris Sarino-Joson is the managing director of Yabang Pinoy, “a Filipino pride movement which envisions every Filipino being proud to be Filipino, believing in fellow Filipinos, and patronizing Filipino ideas, concepts and services.”

In her household, both Filipino and English are the primary languages, with some Kapampangan (her son’s yaya is from Pampanga) and Ilonggo (her husband Patrick’s mom is from Bacolod).

Maricris also uses music and Filipino games in introducing the language to Ino.

“I learned how to speak Filipino from my mom and dad,” she said. “My parents are shouting proud Filipinos; how I was brought up led me to become an advocate for Filipino pride. The sad reality is that many parents consider Filipino an inferior language to English or other Western languages.”

Maricris ponders what’s making it difficult for kids these days to be more adept at speaking Filipino. “At Ino’s first birthday party, the theme was Yamang Dagat. We did our storytelling play in Filipino, and many kids said, ‘I can’t understand the story… what is karagatan?’ It’s very important to me and Patrick that Ino learn Filipino, since language is an essential element to who we are.”

She is confident that her efforts won’t be in vain. Said Maricris: “We can always turn the tide, one Filipino at a time.”