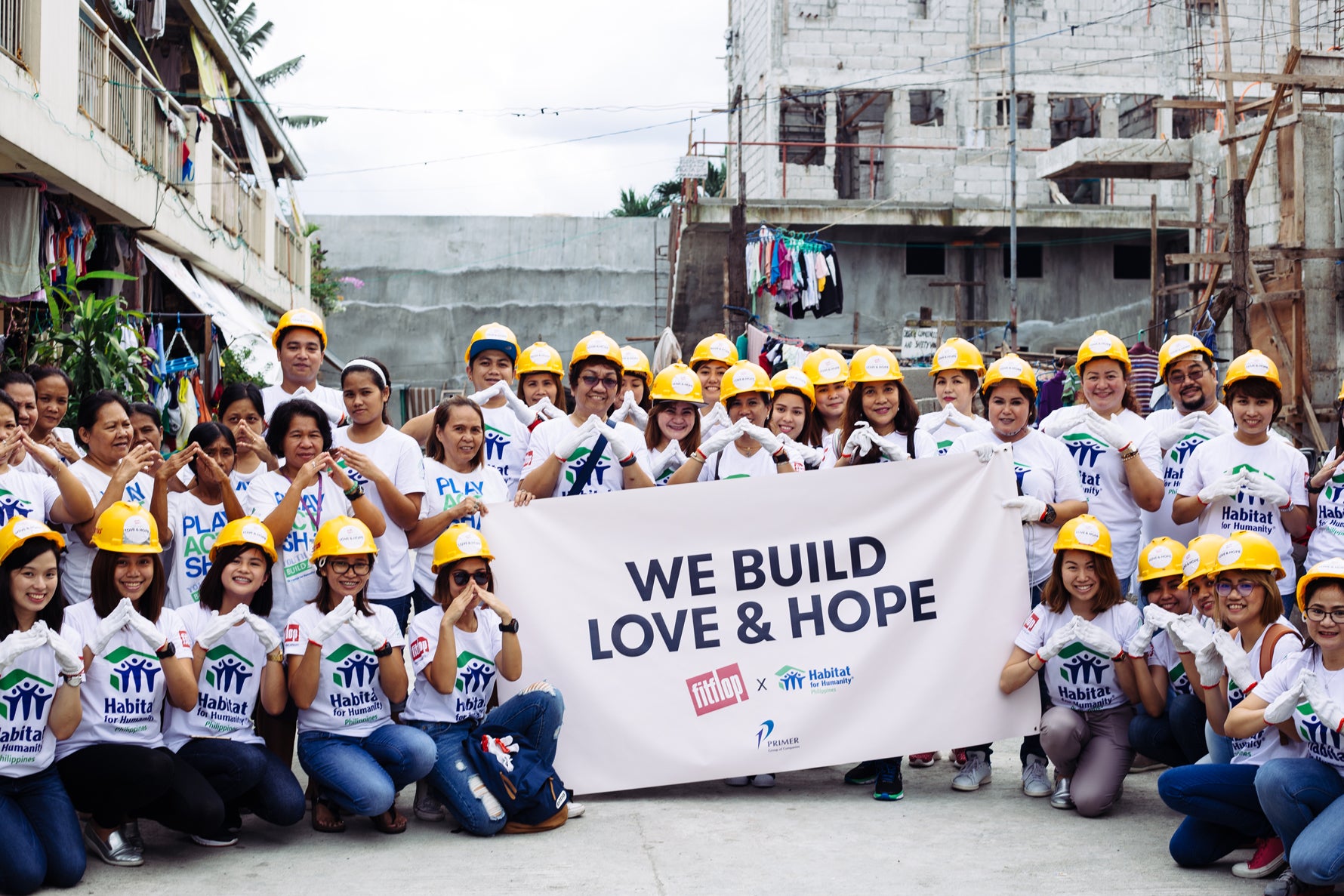 The FitFlop belief is that when you want to live an inspired life, you’ve got to start with a great foundation. And while a great pair of shoes can improve your life, having a safe and decent home is the ultimate foundation. This is why British’s favorite ergonomic footwear label, FitFlop, launched a recent partnership with the international non-profit organization, Habitat for Humanity.

As most people know, the mission of Habitat for Humanity is to build simple, decent, and affordable housing to local communities all over the world through volunteer labor. From its simple beginnings in Georgia, United States in 1976, Habitat for Humanity now has affiliates in 70 countries, and has helped more than 4 million people construct or rehabilitate around 800,000 homes worldwide.

Having even a simple home to keep you safe and dry is a basic human right, and helps stop the cycle of poverty. A good home is one of the most important foundations to have an excellent quality of life—so is love and hope, which is what FitFlop named its limited edition sandals that will benefit Habitat for Humanity. 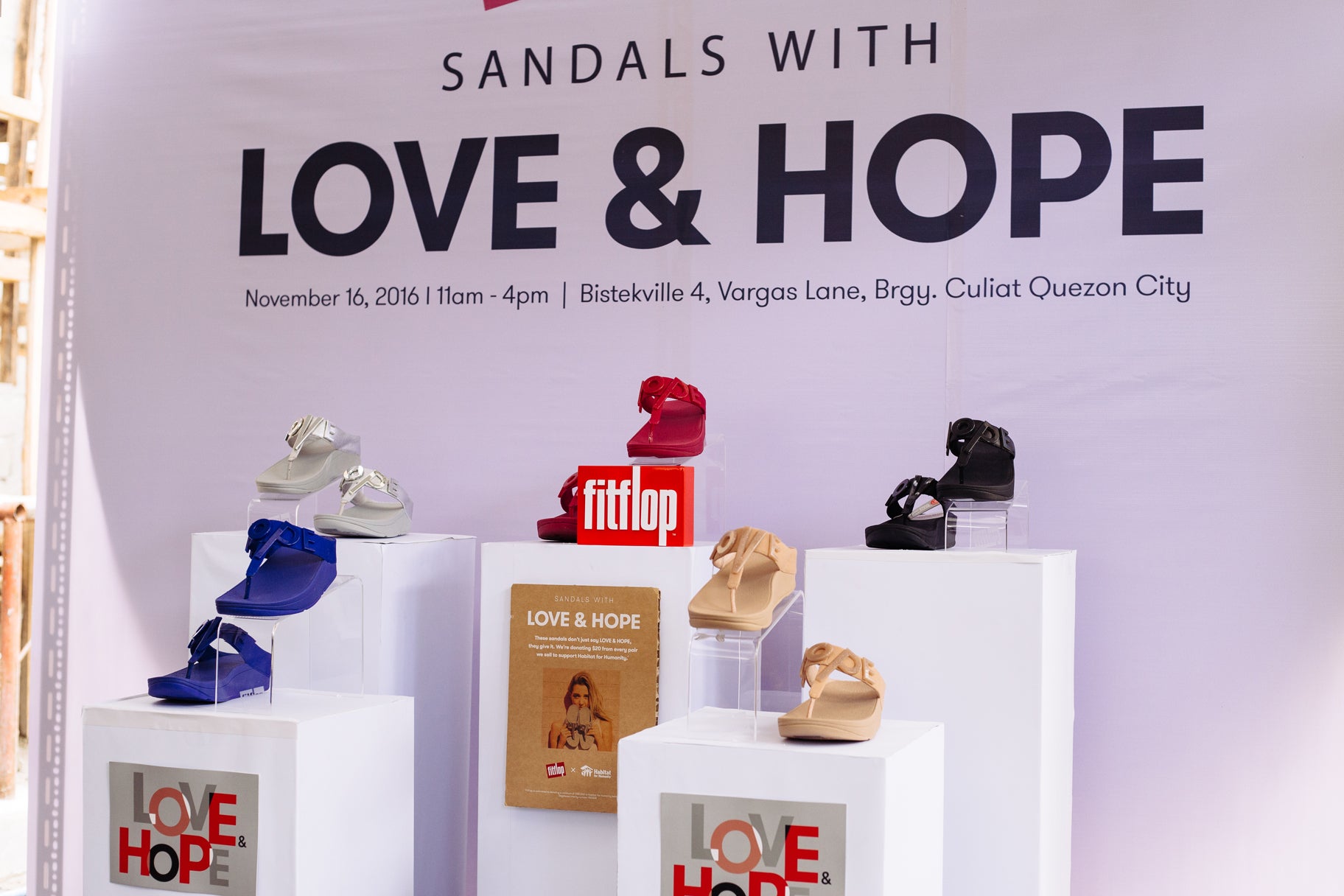 The Love and Hope sandals are engineered with the legendary Microwobbleboard ™ midsoles and come in 5 fabulous colors. With one foot prominently displaying “LOVE” and the other “HOPE”, these one of a kind sandals are sure to get everybody’s attention.

A portion of the Love and Hope sandals’ sales are put aside to fund Habitat for Humanity projects. Moreover, regular FitFlop customers who availed of these pairs had the life changing opportunity to be part of the onsite immersion program of Habitat for Humanity, through visiting one of their construction sites at Bistekville, Quezon City. Skilled workers assisted the volunteers, giving them an in-depth look and experience at what it takes to build a house. The site engineer was also on hand to oversee the tasks and safety of the teams.

While the event served a noble purpose, there was no lack in fun and good times during the day. Camaraderie flowed during the actual site activities.

If home is where the heart is, then Love and Hope is bringing people one step closer to having a home that they can call their own.

To know more about FitFlop visit Facebook.com/FitFlopPhilippines. Or check out the following social media handle and hashtags: @FitFlopPH, #FitFlopForSuperwomen, #FitFlopLoveAndHope.

The brand is exclusively distributed in the Philippines by the Primer Group of Companies – Asia’s next retail giant.