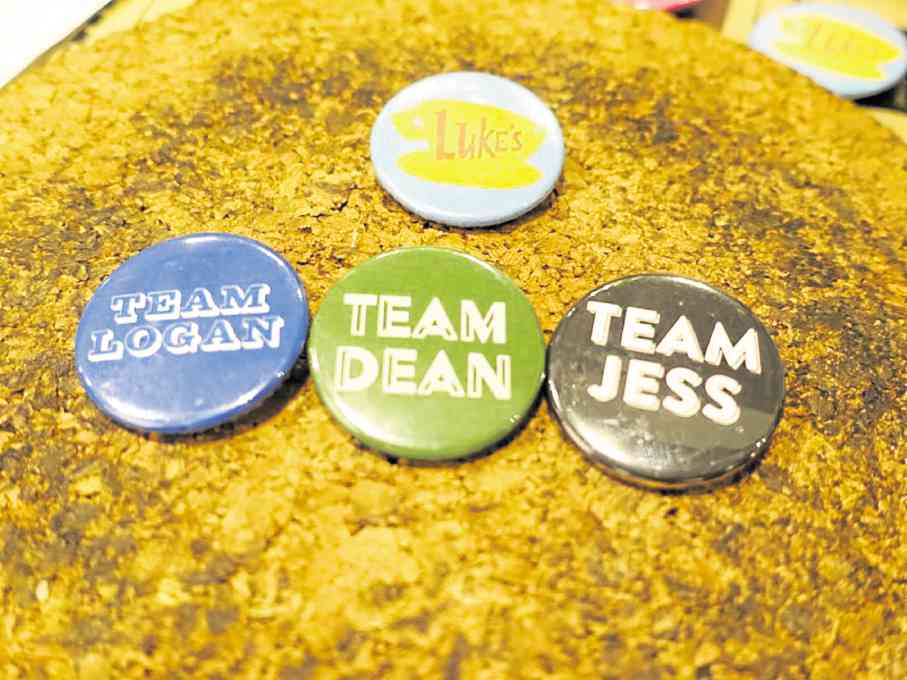 Which Gilmore Guy do you pick?

A slice of Stars Hollow comes to Manila

Poor Luke. Back in the ’90s, his “No cell phones” rule was very easy to enforce—cellular phones then were strictly for calling, especially in the States where text messaging caught on later than here.

Today, Luke’s Diner, full of vintage charm and character, is catnip for the perennial Instagrammer, his surly ways a Snapchat story waiting to happen, his “No cell phones” sign a challenge for the stealthy smartphone snapper. At least that’s what happened in Manila when Luke’s Diner took over Toby’s Estate in Ortigas.

As part of promotions for Netflix’s eagerly anticipated revival of “Gilmore Girls,” the streaming giant (and benevolent resurrector of beloved TV shows) invaded over 200 coffee shops across the United States and Canada to transform each into a Luke’s Diner. There was free coffee for fans (sadly, only two Luke Diner’s pop-ups appeared in Connecticut) and “Gilmore Girls” merch. The coffee cups with customized Luke’s sleeves were so popular that some were selling it on eBay for an insane $99.

The map for the pop-ups was originally posted on townofstarshollow.org (check it out for fun, nostalgic Stars Hollow content, and no, Taylor is not the one running the site; it’s probably Kirk).

In Asia, there was only one country that had a Luke’s Diner pop-up and it was here in the Philippines. Lorelai and Rory have a lot of fans here, both girls and guys. Fans of the show were lining up as early as 7:30 am (the pop-up opened at 9:00) and everyone was in high spirits despite the unusual December downpour.

Almost everyone dressed up in plaid shirts (no Chilton uniform sightings, though), while the baristas had their own standard-issue Luke outfits: plaid shirt, a Luke’s apron, and of course, the trademark navy cap worn backwards.

The pop-up was operational for 12 hours—much too short, just like “Gilmore Girls: A Year in the Life” (if it were up to us, we’d want seasons of the show until Rory was as old as Emily). Luke’s Diner gave away 2,000 free cups of coffee and had surprise merch for fans: Luke’s caps and aprons, and an assortment of cute buttons that had lines/references near and dear to “Gilmore Girls” fans, like “Vicious Trollop,” “Hep Alien,” “Oy, with the poodles already,” “I need coffee in an IV,” and of course, “Team Dean,” “Team Jess” and “Team Logan” (no Team Marty?).

If you were a Lorelai, you were probably guzzling the free coffee (a choice of either Long Black or Flat White) and scheming how to score another free cup. Meanwhile, the Rories of Manila came prepared with headphones and a thick book to go with their cup of joe.

Relive the magic of Stars Hollow by signing up for Netflix today. All seven seasons (six if you’re strictly following the Amy Sherman-Palladino canon) are available, as well as the Netflix-produced “Gilmore Girls: A Year in the Life” revival. Download the Netflix app from the App Store (iOS) and Play Store (Android). Watch on your computer by going to www.netflix.com.