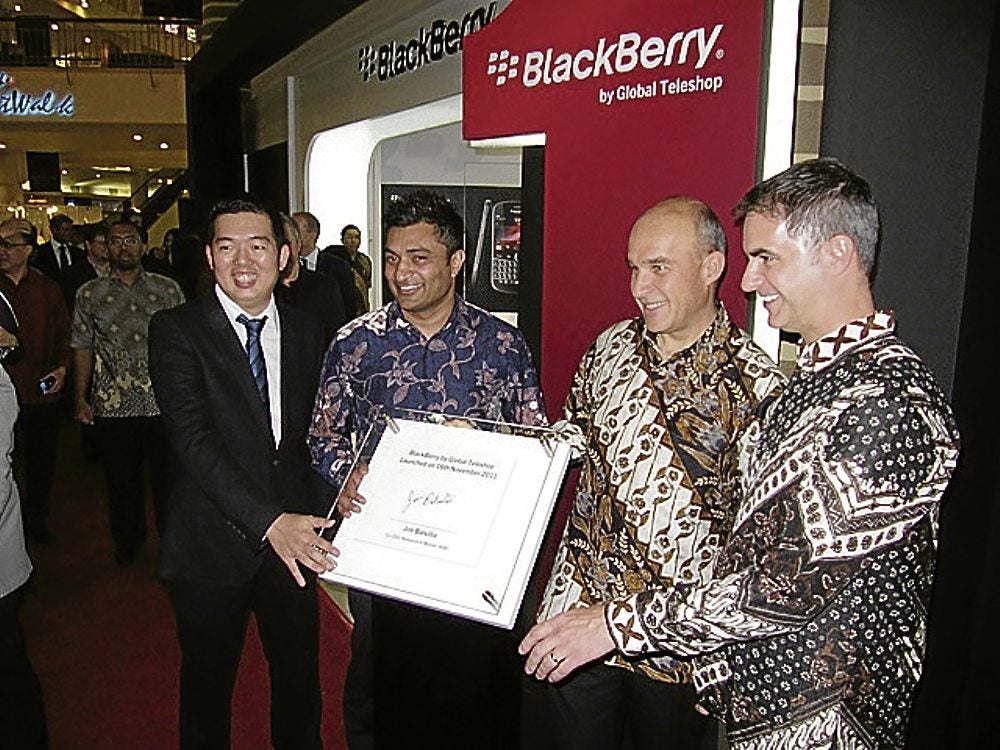 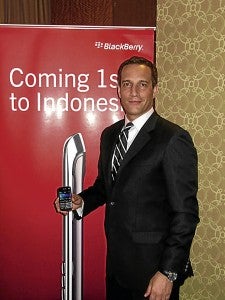 In response to the need of its growing market the world over, particularly in Southeast Asia, for a “hybrid” smartphone that combines a fluid keyboard for texting with intuitive, timesaving touch-screen features for accessing the Internet and various apps, Canada-based Research in Motion (RIM) recently launched the BlackBerry Bold 9790.

The launch at the grand ballroom of Ritz Carlton Pacific Place coincided with the unveiling of another product—the all-touch BlackBerry Curve 9380, the newest and reportedly sleekest addition to the Curve family of smartphones. Both phones run on BlackBerry’s newest and most powerful operating system, the BlackBerry 7 OS.

“It’s the best keyboard we’ve made in this product category,” said Hastings Singh, RIM’s VP for South Asia, referring to 9790. “The keyboard has been RIM’s signature, which is the best way to input text. If you’re browsing the Internet or accessing phone features, you actually do it by touch.”

RIM’S move to add a touch feature to its newest Bold unit has nothing to do with the growing popularity of that other North American all-touch brand.

“The move is based on feedback and research,” Singh added. “As a hardware device, who else makes a smartphone that has keyboard and touch?” 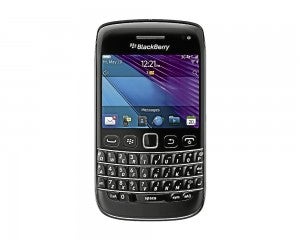 Although built on the heritage of the 9700 series, the 9790 brings overall performance to a “new level” with its new engine and OS, said Carlo Chiarello, RIM SVP for handheld product management. It took RIM almost a year to develop both 9790 and 9380.

“As for the 9380, it follows the 9360, which we launched recently,” he said. “It’s the first all-touch Curve we’re bringing in the marketplace. People want the Curve to be a small, easily pocketable device in a consumer-friendly size and packaged beautifully.”

The 9380, Chiarello added, is an ideal “social consumer-oriented device.” A growing number of people are craving an all-touch environment simply because they get a larger screen to enjoy the product.

“The beautiful thing about the 9380 is really the balance of it,” he said.

Since they run on 7 OS, both 9790 and 9380 come with such infrastructures as HTML 5 and NFC (near field communication). The latter feature allows for secure communications at close range, which enables users to do, among other things, mobile payments. 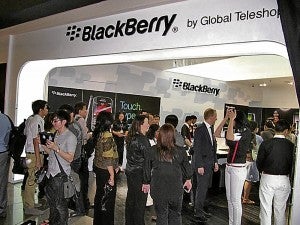 Overall, 7 OS promises to deliver faster and richer user experience with improved browsing and voice-activated searches. It also offers users the ability to manage personal content separately from corporate content with a variety of “out of the box” personal and productivity apps.

But despite its supposed capabilities, BlackBerry phones powered by 7 OS are not upgradable to BlackBerry’s much-anticipated mother of all operating systems—the BBX. 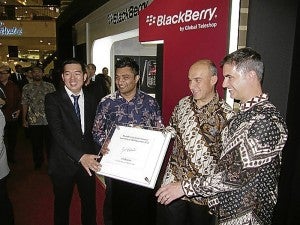 “Just like today, we’re selling phones that run either on 6 OS or 7 OS,” said Chiarello, “we will also sell phones that run on 7 OS and BBX in the near future. Both categories will be tiered appropriately.”

RIM officials also reminded journalists of an earlier announcement they made about the launch of its Playbook 2 OS, BlackBerry’s upgraded OS version for the tablet, in February.

The company known for its Mafia-like secrecy and calibrated launches is reserving BBX for its so-called superphones to be introduced, expectedly with much fanfare, sometime in 2012.

In fact, a mere three hours before the formal launch, and minutes before a series of interviews with top management, journalists and bloggers were made to sign a “nondisclosure agreement” not to leak information about the development on Twitter and Facebook. 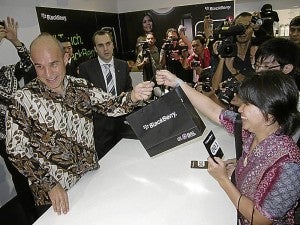 That wasn’t a tall order to impose, as journalists came to the interviews almost without a clue about the products. It was almost odd when its PR arm in Manila asked us a few days earlier to give them at least two questions about the launch, which they could forward in advance to RIM officials. They seemed serious.

The region’s growing importance was also underscored by RIM’s decision to hold its first-ever “global” launch in Southeast Asia instead of North America. It was also the company’s way of saying thank you to Indonesians, who’ve made BlackBerry the leading mobile phone brand-in both smartphone and non-smartphone categories.

“Such a development is quite rare,” said Francois Mahieu, RIM’s senior director for regional product management, Asia Pacific. “Today, in Indonesia, four out of five smartphone users use a BlackBerry.”

Such is RIM’s confidence in the Indonesian market that it opened its first BlackBerry lifestyle store in Indonesia in Jakarta’s Kelapa Gading mall a day after the launch. The development comes in the heels of BlackBerry’s first-ever lifestyle store in Asia, which opened earlier this year in Bangkok.

Apart from giving away numerous freebies on opening day, RIM, through its Indonesian partners, offered the first 1,000 customers a 50-percent discount on the 9790 during its recent consumer launch.

RIM has also partnered with an Indonesian university to develop apps that are unique and responsive to Indonesian BlackBerry users’ daily lives. 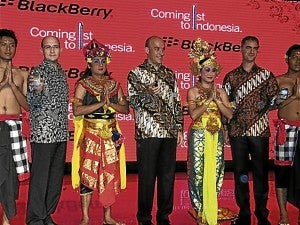 Southeast Asians’ dependence on texting, particularly Indonesians and Filipinos, has a lot to do with BlackBerry’s success in the region. While other brands and operating systems have yet to get a handle on their internal messaging features, BlackBerry has led the way with its BlackBerry Messenger or BBM.

This is on top of its “push” networking features, which enables RIM to offer features unique to its smartphones like Facebook.

Thanks to BlackBerry, providing a friend or even a recent acquaintance your PIN doesn’t necessarily mean surrendering your hard-earned savings to the fellow. A PIN, in BlackBerry parlance, is the number unique to your BlackBerry smartphone (almost like the unit’s fingerprint) that allows you to receive and send free texts to fellow BlackBerry users both individually and in groups.

“Asia for us is a key region,” said Singh. “Indonesia and the Philippines, particularly, are very social communities. People spend a lot of time focusing on their family and friends and communicating between those groups.”

BBM, he added, is so much better than text that it isn’t surprising that text-savvy Filipinos prefer it to conventional texting. It allows them to communicate through text in a “much richer, much more effective way,” what with all the extra options and features available to them.

“The BBM experience is almost like a conversation,” said Singh. “Unlike in regular texting, you’re not sure how it turned out or if people have read it. With BBM, you can see when it’s delivered and read. It allows you to string together a series of conversations.”