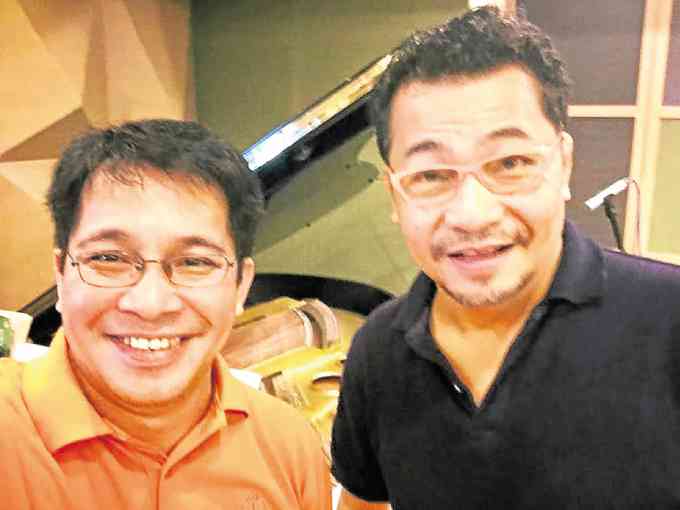 Abdul Candao, the Filipino tenor based in the cultural capital of Vienna and who has lived in Europe for the past 26 years, shares something with opera stars like Pavarotti and Carlo Bergonzi. He likes to eat and cook as a form of therapy.

He said, “Pavarotti loved to entertain a big number of guests in his home and cook for them. Bergonzi, a big star of the Met and one of the legends, even opened a restaurant. It gives me a nice feeling to see close friends enjoying what I have concocted.”

Because he lives in the 10th district of Vienna, known as the Turkish district, he finds many meat shops. With different cuts of meat and poultry, he can prepare kare-kare, adobo, beef rendang, guinataang manok or even bake a whole salmon with just pepper to clean and flavor it. He said, “You should try my tagine, a Moroccan dish made of lamb’s neck with lots of ginger, onions, olives served with a wedge of lemon and rice or bread.”

Among those who will vouch for the umami of his home cooking is pianist Najib Ismail, his collaborator in the concert, “Dichterliebe (The Poet’s Love),” on Dec. 19, 7:30 p.m., at the Ayala Museum on Makati Avenue, Makati City.

Ismail said he had played the  Schumann song cycle for different tenors and baritones. Candao had done it twice in Germany.  “But we’ve never collaborated on it,” he said. “If I do something serious like Dicterliebe, I have to be with Najib. If it’s just top hits, I can work with anyone.”

Fluent in Italian, German, Cebuano, Iloggo, Tagalog and Maguindano and able to understand Maranao, Candao, an alumnus of the Conservatory of Music of the University of Santo Tomas,  considers “The Poet’s Love” special. “I like the language (German). It’s what I speak. And I’m Romantic (from that period). Sobra (Too much)!”

During this visit he conducted a masterclass at St. Scholastica’s College and observed: “There’s no lack of new, talented singers, but they need proper guidance. It’s very easy to fall into a trap of learning things the wrong way—these singers follow the instructions of already misguided teachers. But in terms of number of talents, we have so much, and they have so much promise.”

Asked if he gets frustrated that the Philippines has lost its opera season, he pinpointed the problem: “How to do it? You must present a good performance, especially for those whose first time it is to be exposed to opera. Try to avoid getting people who are just moonlighting as vocal artists. What happens there with moonlighters is if the novice audience gets out, they’ll say ’Yun lang ’yon (That’s all to it)?’ That’s bad.”

He closed by saying, “‘Nessun Doma’ and ‘The Prayer’ alone don’t make for an opera singer.” —CONTRIBUTED