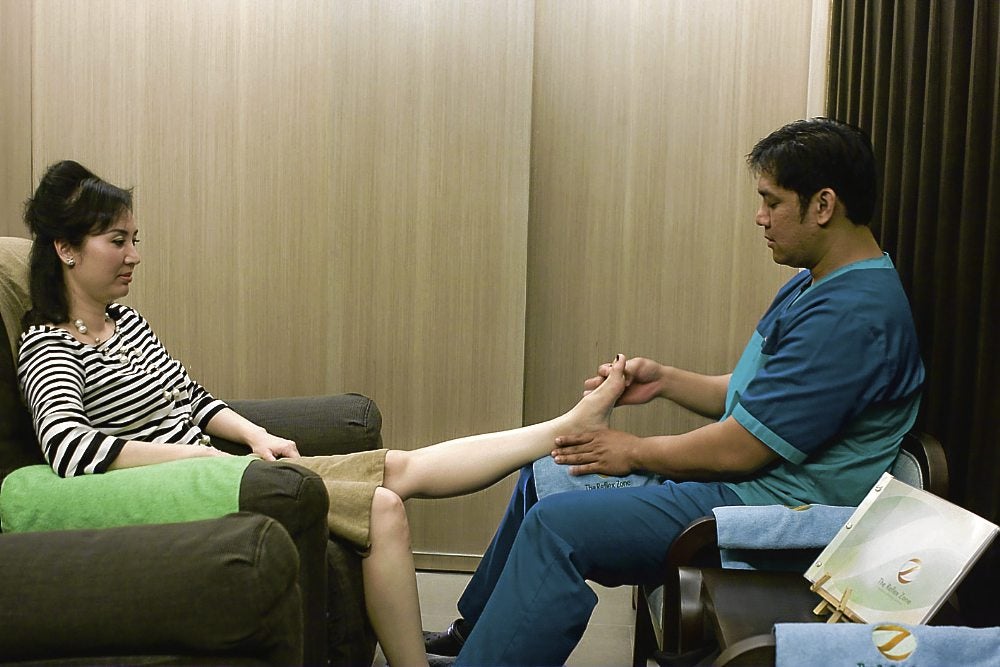 Your feet can tell you the state of your health 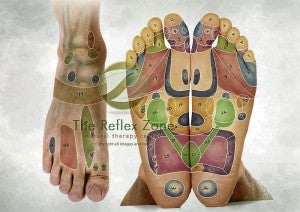 With just one press, you’ll discover which parts of your body are the “weakest.” You can find out if you need to strengthen your immune system, have problems with digestion, or are taking too much sugar.

No, it’s not a new scientific breakthrough—it’s the 30-year-old Rwo Shur reflexology health method. According to the recently opened The Reflex Zone Natural Therapy Center in Makati, which offers this kind of reflexology, Rwo Shur was developed by Swiss Catholic priest Josef Eugster while on a mission in Taiwan.

“Father Eugster wanted to find an alternative cure for his knee arthritis, because he refused to believe the doctors who told him it was incurable,” says The Reflex Zone senior therapist Edmar Reyes. “Rwo Shur” is Father Eugster’s Chinese name.

The method is administered by physical therapists who apply pressure on “reflex zones” of the client’s feet. Each point corresponds to a particular body part. The tip of the big toe, for instance, is connected to one’s frontal sinuses; the middle of the sole, to the kidney; the lower area of the sole near the heel, one’s genital glands.

When you feel pain—yes, expect the pinching kind—in a certain reflex zone, it only means the corresponding area has a high concentration of toxins. It could be deposits of uric acid, calcium or lactic acid, or just blockages that need to be cleared.

“The Rwo Shur method helps the body heal itself by improving blood circulation,” says Reyes, who adds that the method can also relieve headaches, ease sinus problems, and prevent occurrence of common illnesses.

The center has seven physical therapists—all licensed, and all male. They underwent intensive training for three weeks at the Rwo Shur Health Institute International in Kuala Lumpur, Malaysia. 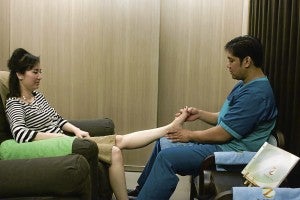 All of the therapists are guys, says The Reflex Zone owners Alexander and Jamie Coyiuto, “because they are more consistent with the pressure being applied on the feet.”

The young couple and business partners discovered the Rwo Shur method on their honeymoon, and decided to bring it to the country, since they both enjoyed it. “It felt different, unlike any kind of reflexology we’d experienced,” says Jamie.

Treatment begins with The Reflex Zone’s signature Peppermint Crystal Mud Foot Soak, wherein one immerses the feet in a warm, slushy blue mixture for cleansing. After that comes the main reflexology session, followed by a short acupressure back massage.

“We decided to add the acupressure because people also usually look for some kind of back massage,” says Jamie. A foot chart is provided during the treatment so one can identify which parts of the body need attention. Also, feel free to consult with your therapist.

“We try to get into the health concerns of the client,” says Reyes. 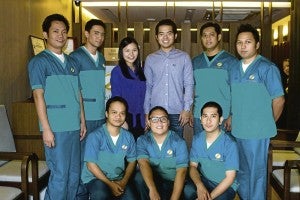 To flush out the toxins, clients must consume a small bottle of water at the end of the 80-minute session. Despite the pain, one will feel relaxed and rejuvenated after the treatment.

There is also a special treatment for children, which lasts for 40 minutes, and helps in relieving common ailments like allergies, digestive problems, sleep disruption, even emotional and behavioral problems.