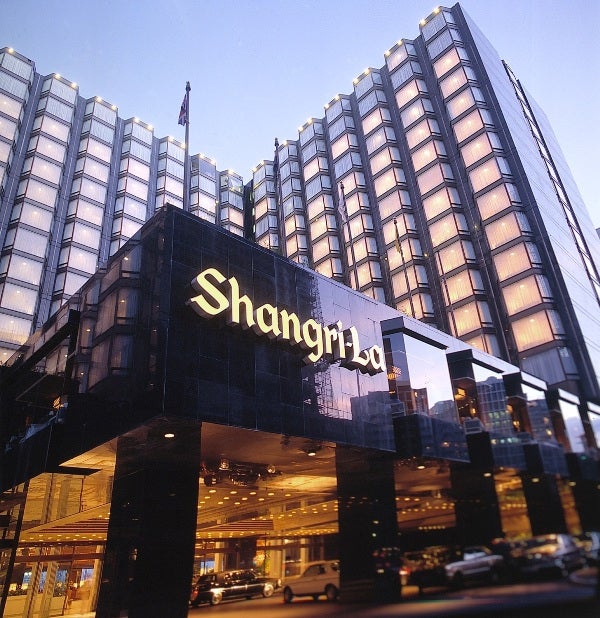 Located on the waterfront of Tsim Sha Tsui East is the deluxe Kowloon Shangri-La, Hong Kong, right in the heart of the Kowloon peninsula’s commercial, entertainment and shopping district.

Easily accessible, Kowloon Shangri-La Hong Kong is close to the business district, MTR that can take one anywhere around Hong Kong and to border cities with Mainland China, and to the Cross Harbor Tunnel that leads to the Island.

As the heart of this side of Hong Kong, Kowloon Shangri-La presents carefully selected examples of Tsim Sha Tsui’s cultural heritage. It offers a bound commemorative publication, video clips, and a Cultural Heritage Package available until June 30, 2017, with three- to four-hour guided walking tour.

“We are extremely pleased to pioneer this project and design a walking tour for our guests as part of our hotel’s 35th anniversary celebrations.  Not only does this project help uncover Tsim Sha Tsui’s cultural heritage, which might have escaped their eyes on their previous trips to Hong Kong, it also gives us a chance to work with people from different walks of life within the community,” said Ulf Bremer, general manager of Kowloon Shangri-La, Hong Kong.

The stories reveal the Hong Kong people’s lifestyle in the last few decades, “East meets West,” and the blend of different cultures, languages, ethnicities and faiths.

The endurance of ancient traditions in its modern spaces has shaped this unique culture, a contemporary fusion of antiquity and innovation.

The Cultural Heritage Package, at $488 plus 10 percent per room, includes: Accommodation for two, with  minimum requirement of two consecutive nights per stay, and an option to upgrade to a Horizon Side Harbour View Room (depending on availability); full Horizon Club benefits for two persons, including daily buffet breakfast, complimentary use of Horizon Club lounges and Happy Hour; three- to four-hour guided walking tour to uncover Tsim Sha Tsui’s selected cultural heritage (a seven-day advanced notice for the guided walking tour is required.)

“Through this project, the bond between individuals, families and the community just gets stronger.  Only when we did the research and delved into the district’s history and tidbits did we learn of a primary school attended by kung fu master Bruce Lee in the area,” Bremer said.

Since it opened in 1981, Kowloon Shangri-La has received numerous prestigious awards, in addition to international recognition from the trade and among both business and leisure travelers, including Conde Naste Traveler’s World’s Top Hotels Gold List, and Travel and Leisure’s Asia’s Top 25 Hotel List (every year since 1997).