Ought there be a Santa Claus? | Inquirer Lifestyle 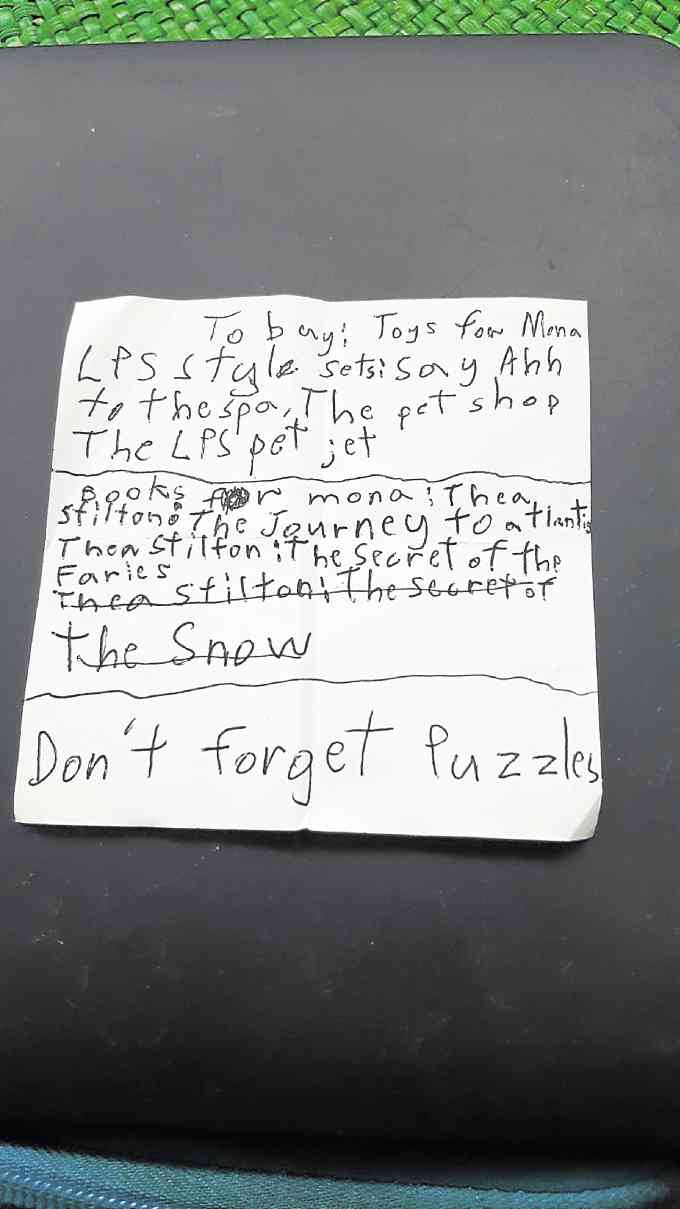 Ought there be a Santa Claus? 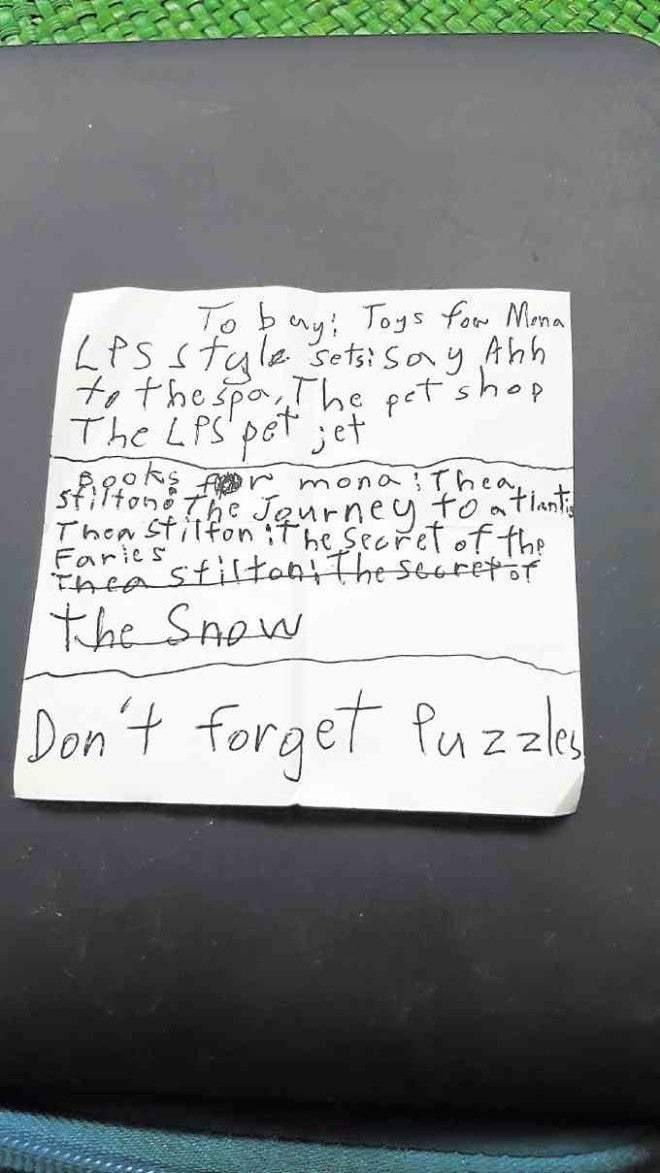 My generation wasn’t into Santa. But we didn’t really feel his loss. He’d have been a harder tale for our parents to weave in the tropics; his wooly red outfit alone would have been ridiculous.

Besides, my parents, precisely, did not want me to believe in Santa. Dad was buying the toys, so why should credit go to anyone else?

Dad was no scrooge, but he was mean enough to say he wouldn’t be surprised if Santa was an invention of the Jews, a sales gimmick to increase their store sales.

Dad, as happened, was my only Santa, and all I ever needed.

Christmas also meant my once-a-year gift from my ninang. That was the other thing: We had only one godparent. What a loss! It was also the one other time, apart from our birthdays, we’d receive the white envelope of cash from Lola, who had no idea about inflation.

When I had children of my own, I knew I’d let them enjoy the experience of believing in Santa.

The perfect opportunity came in the early years of my first marriage when we moved to the US, where there seemed a federal conspiracy to make children believe in Santa. He even had a wife and elves to assist him. There were mailboxes everywhere for letters to Santa. His address: the North Pole.

My own children made their lists and dropped their letters, too. I took a quick peek to take note before dropping them.

The day after Christmas, a Filipino friend, a wife and mother of three, and I would rush to the day-after-Christmas sales, when prices dropped by 50 percent or more.

For a whole year, Santa’s toys bought at a bargain lay waiting for Christmas in the attic above the garage.

On our fifth and last American Christmas, I had accidentally left my little Christmas notebook somewhere, and my firstborn, Gia, found it. Written there was every gift she had ever received from Santa.

She couldn’t wait to ask me about it, in awe—how ever did I know? But my sense of guilt took over, and I quickly replied, “Oh, now you know!”

Believing my game was up, I even felt relieved.

It was time she knew anyway, I rationalized, but I made her promise not to tell her three younger brothers. I didn’t even notice how heartbroken my daughter was. I seemed in a hurry to treat her like an adult, while the boys I let be boys.

That wasn’t fair, and she knew it. She went and told them. I didn’t blame her. Why should things be ruined for her and not for them? But to her disappointment, it didn’t matter a whit to the boys.

To this day, she tells me, she wished I had not confessed so fast. I should have offered some explanation, and she’d have been prepared to accept any —anything but the absurd truth that I was Santa.

It was the saddest day in her life, and she was just 10. Curiously enough, what upset her was not that the world had made up the whole thing. She was crushed because the beautiful story of Santa had ended before she was ready to give him up.

Children love stories; that’s how they begin to see and understand life, as it happens to someone else. From that vantage point, they are able to view their own situation with detachment and make sense of things.

Every parent who makes their children believe in Santa will reach a point when they will wonder when would be the right time to end the Santa story. It’s as touchy as knowing the right time to talk to your daughter about sex, when she’d rather believe the nonsense about the stork.

I remember visiting my Gia after she had given birth to her third child, a second girl. Her 5-year-old daughter was curious how they knew the new baby was a girl. Before Gia could answer, her 6-year-old boy blurted, “Aw, that’s easy. She’s all wrapped up in a pink blanket!”

They do form their own conclusions—bless their innocent hearts—and explain things very well to their own satisfaction, in the same way they probably have their own explanation when their situation isn’t like everybody else’s.

Child psychologists caution that, when children ask, don’t think they already want the whole nitty-gritty truth; most aren’t ready for that. It’s best to give simple and direct answers to one question at a time, without ever making things up to make things seem better.

The child will never believe you again when she finds out otherwise.

But not all children are the same; some cling to Santa or something else, while others take things in their stride.

Mona, my youngest granddaughter, now 9, has been receiving a gift from Santa every year, yet she has never made a fuss about him, never asked.

This year, for the first time, she handed me a small piece of notepaper on which she had written a list of gifts for herself.

I guess she just told me she knew who Santa was, and enough of the baloney.