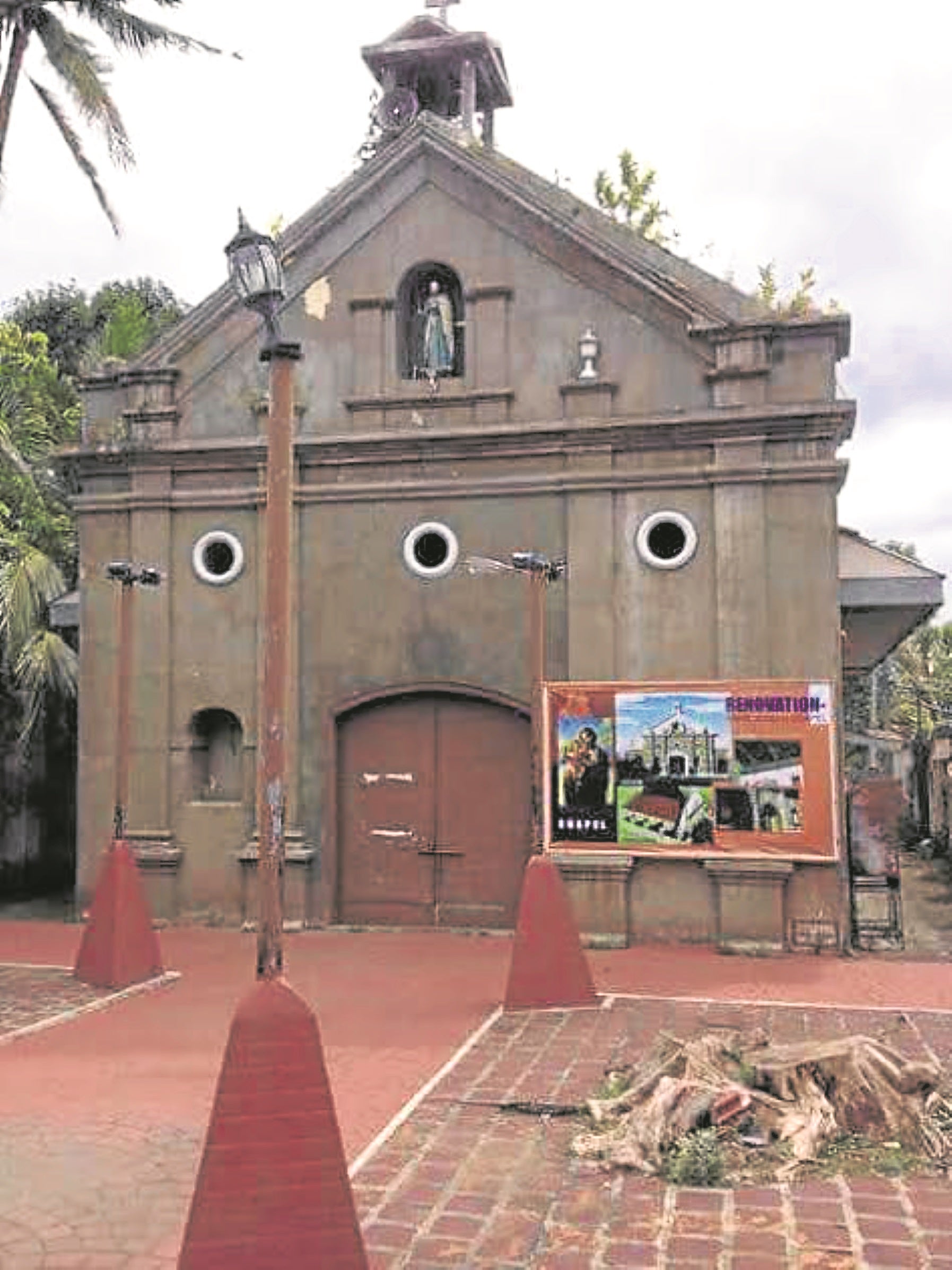 The chapel before renovation

An 18th-century visita or chapel in Bagumbayan village in Taal, Batangas has been demolished in the name of renovation.

Constructed in the 1700s, the chapel, which is dedicated to Saint Joseph, is two of the remaining Spanish era visitas in the town known for its huge church and heritage houses. The other one is in Balisong.

Heritage advocate Kevin Bermejo said he was shocked to see the facade of the old chapel destroyed.

Bermejo said the renovation was supposed to expand the church ceiling and floor space.

Its façade, particularly the pediment and the central portion as well as portions of the side walls, were torn down.

Madlangbayan figured in a similar issue in 2013 when he started to build an “events venue” right beside the ancient Basilica of San Martin de Tours, the biggest church in Asia.

That project was later stopped by a court order due to a petition filed by famous sculptor Ramon Orlina, a Taal native.

Bermejo called on government and higher church authorities to act “fast before everything is lost.”

Inquirer called the Archdiocese of Lipa that has jurisdiction over the Taal church. The office could not confirm or deny if Archbishop Ramon Arguelles approved the Taal project.

The archdiocese referred the Inquirer to the Taal parish administration, which did not comment on the issue.

Orlina said the clergy should be knowledgeable about heritage conservation.

Orlina added Madlangbayan was set to retire soon and he expressed hope “the successor will not be the same.”

Early this year, a senior citizen’s affairs building was constructed by the local government inside the compound of the Spanish-era Escuela Pia, declared National Historical Landmark in 1973.

NHCP ordered the project stopped, saying that the local government had gone beyond its original request to make “improvements” on the site.   —CONTRIBUTED