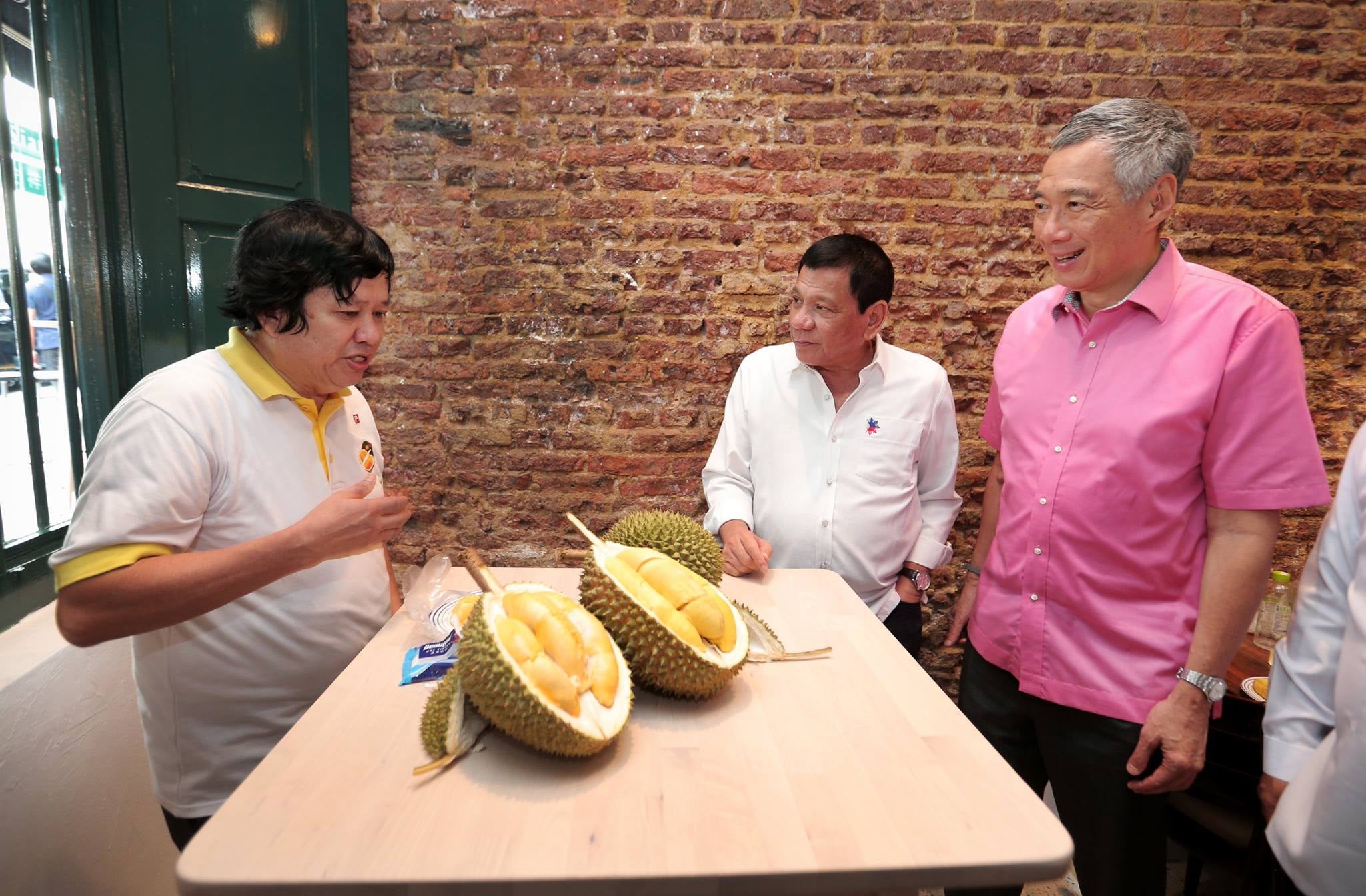 Food is a major part of Singapore’s culture. Apart from the naming of unique orchid hybrids after VIPs, which has become standard practice, foreign dignitaries and VIPs are treated to delicious meals on their visits.

The food can range from Michelin-worthy fare to humble hawker favourites.

Take a look at five places that Prime Minister Lee Hsien Loong has taken his foreign visitors. Perhaps you might have visited some of these yourself.

During the Philippine President’s state visit last week, PM Lee hosted him to lunch at The Coconut Club in Ann Siang Hill.

The eatery specialises in just one dish: fragrant nasi lemak made with fresh, hand-squeezed coconut milk, with all the trimmings from sambal to fried chicken. For the occasion, the VIPs were also served kerabu and chendol.

The meal concluded with the king of fruits, durians – Mao Shan Wang and D13, for the Du30.

The princess was in town for the opening ceremony of the Global Young Scientists Summit in January this year.

PM Lee did a short tour of the National Gallery Singapore, which showcases Singaporean and Southeast Asian art, with Princess Sirindhorn.

They had lunch at the National Kitchen by Violet Oon restaurant afterwards, feasting on ngoh hiang, kueh pie tee, satay and chicken rice, which PM Lee said was the princess’ favourite Singaporean dish.

PM Modi was in Singapore for a two-day visit to mark 50 years of diplomatic ties between the two countries, in November last year.

After PM Modi had delivered the 37th Singapore Lecture, PM Lee took him to Komala Vilas in Little India for supper.

The meal, which lasted 45 minutes, was a vegetarian spread of idli (a pancake made with a fermented black lentils and rice batter), vadai (savoury fritters) and the restaurant’s famous thosai (a thin crepe made from rice batter and lentils).

The Chinese leader was in Singapore on a two-day visit in November last year, which included an historic meeting with Taiwanese president Ma Ying-jeou – the first top-level contact between the two countries since they split 67 years ago.

The restaurant, helmed by Singaporean chef Jason Tan, was awarded one Michelin star when the inaugural guide launched in Singapore in July.

President Widodo, known by his nickname Jokowi, was in Singapore in November 2014, to attend his youngest son’s graduation from ACS (International).

PM Lee hosted him to a modest breakfast of nasi lemak and roti prata.

The nasi lemak was bought from Selera Rasa Nasi Lemak in Adam Road, also fancied by the Sultan of Brunei who takes away dozens of packets whenever he is in Singapore.