Did you tell your kids about Santa? | Inquirer Lifestyle 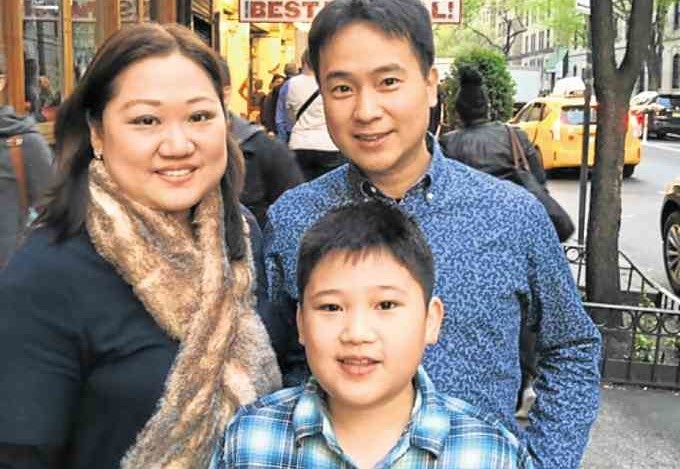 Did you tell your kids about Santa?

“I made my son believe in Santa, perhaps when he was in preschool… I didn’t explain further as he grew up, and just made him believe there really is a Santa. Now that he is 12, I would like to think he knows the truth behind the fantasy, given that they discuss who Saint Nick is and how Santa Claus evolved from that story… He stopped writing to Santa at age 9 because he wanted to donate and give back what he had, instead of asking for more. —Peaches Go Tiu

“I just feel that Christmas for the little ones without Santa is incomplete. My son knows Santa Claus, but he also knows it’s Mommy and Daddy buying his toys, and friends and family members giving him gifts.”

“I introduced Santa to Nathan because I also believed Santa existed when I was a kid, and it was fun knowing that he found ways to leave gifts for me. My son looks forward to the Christmas season because he knows he can ask Santa for a toy. He also pretends to write a letter for his wish list.
—Nieves Pacariem, mom to Nathan, 4, and Nicola, 11 months

“My son saw at Santa at the malls, on TV—but we discussed it when he discovered the movie ‘Chronicles of Narnia,’ when a St. Nick-type character came and talked to Lucy.

“He also loves the movie ‘Polar Express,’ so I had to put the character in context of Christianity, that Christ is the center of it all and Santa is just one of the Lord’s ‘messengers.’ It helped explain that if he’s nice, Jesus will tell Santa to bring his gifts.

“I really don’t know if he fully believes in Santa. We’ve been doing that Christmas morning surprise where a special gift is there and basically says it was brought by Santa. He has seen and talked to Santas in mall events and he smiles, but I don’t know if he actually believes them. But we’ve been discussing other ‘symbols’ and icons of other stuff, like advertising displays, event mascots, so I think he’ll eventually come around to thinking it’s all just some ploy.”

—JP Fenix, dad of one

“I did not introduce Santa to my kids, but I’m okay with grandparents and school utilizing Santa. My kids still believe in Santa but are starting to ask questions. I think Santa is a good channel for kids to express what they want, participate in magic, and later express critical thinking when they debunk him.”

“When Nathan was younger, I wondered whether I should introduce him to Santa. But when I looked back on my own childhood and how happy I was, thinking I received presents from Santa like the other kids, I wanted to recapture that with my child. I made him watch a ‘Little Einsteins’ episode about Santa and his reindeers. And then I told him more stories about Santa.

“He asked a lot of questions. It’s a bonus that Nathan would listen when I use the ‘S’ word: ‘Do you want Santa to give you a present this Christmas? Then you need to be a good boy, OK?’ He still believes in Santa, though I will have to tell him the truth eventually. When I was younger, I was not too upset when I found out Santa was not real. I hope he wouldn’t be, too.”

“We let our kids watch movies and cartoons featuring Santa, and we told them he was real. We grew up looking forward to Christmas morning to open Santa’s gifts. We’d like the kids to experience the excitement.”

“We do not let our kids believe in Santa Claus because we don’t want to take away the true meaning of Christmas, which is remembering the birth of Jesus.” —Juana Manahan-Yupangco

“When Lily turned 2, I told her all about Santa, his elves and reindeer. I even downloaded an app where Santa calls her from the North Pole and sends her a personalized video from his workshop, telling her about ‘listening to your parents’ or ‘packing your toys away.’ More than anything, I want to encourage her to be creative and use her imagination (magical sleds, flying reindeer). I want her to understand what giving and sharing are about—the whole idea of Santa and Christmas.

“If she finds out the truth from friends or figures it out on her own, I think I’m prepared to soften that blow. That will be the time I will transition ‘Santa’ from noun to verb, and inspire her to be ‘the Santa’ giving and sharing with the less fortunate.— Trish Juico

“Yes, I still make my younger kids believe in Santa Claus. My childhood memories of Christmas are filled with stories about Santa: the presents I got from him; the elves who helped him wrap them; the reindeer dust sprinkled across the sky; and the empty plate of cookies and jug of milk in the morning. If I don’t make the kids believe in Santa, it would be like robbing them of the simple joy of believing.” —Grace Baja

“They saw him in the malls, so I had to explain that Santa is a character, and that Santa is in everyone especially during the holidays. They believe in Santa—not the one who comes inside the house to give gifts, but the character in everyone who wants to help.”

—Nichole Dizon-Austria, mom to a 10-year-old and a 4-year-old

“They learned about Santa through Christmas movies, cartoons, TV shows. I didn’t have the heart to tell them that Santa might not exist. The younger kids still believe in him.”

“I didn’t introduce Santa to my kids, but their cousins and the grandparents did. They believe in Santa, and the listahan is so long.”

“I introduced Santa to him when he was 2, so he’ll know the history behind the giving of gifts, in relation to the birth of Christ. He knows Santa, but I never associated it with him getting gifts for Christmas if he’s a good boy. This is for him to have a better concept, that giving is not just during the holiday season, but all year round.” —Sheena, mom to a 5-year-old boy

“We introduced Santa to our kids through verbal stories. Only my eldest understands Santa, and yes, I think he still believes in him.”

“My kids are below 2 years old, but I’m thinking I won’t let them believe it’s Santa giving them presents. It’s a Western mythology not suited to our culture, like Halloween. It’s weird that people here still celebrate Halloween because we are not Americans! I prefer my kids to appreciate the gifts by the person who’s really doing the giving.”