Mindanao is in the heart | Inquirer Lifestyle ❮ ❯ 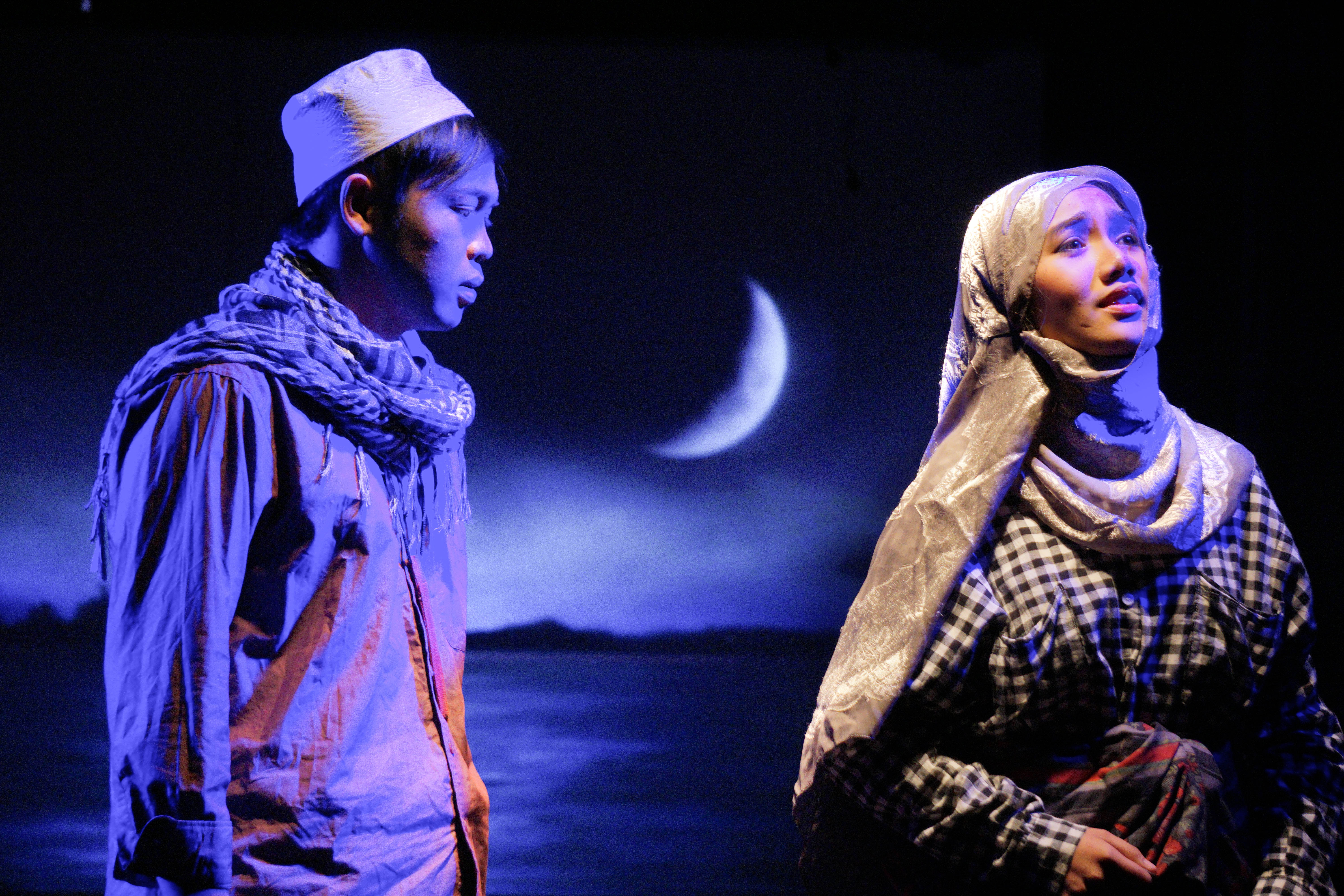 Mindanao is in the heart

Through the support of the National Commission for Culture and the Arts’ National Committee on Dramatic Arts, the 10th installment of Tanghal formed part of the celebration of the Mindanao Week of Peace 2016.

This year’s festival had “Yuta” (Earth) as theme. The host institution Xavier Center for Culture and the Arts (XCCA) curated plays that explored Mindanao as the “Land of Promise and Peace” and talked about issues of ethnicity, hopes and origins.

All plays were open to the public and were held at the XU Little Theater.

“Singanin” depicted the struggles of the Moro people who were victims of the Mindanao conflicts in the areas of North Cotabato, Lanao del Norte, Lanao del Sur, and the Zamboanga Peninsula.

Casanova’s play touched on the issues of land grabbing, hunger and poverty, and the clashes between the Ilaga and the Barracudas, paramilitary groups created by local warlords in 1971, a year before martial law.

Narvaez’s “Dula Ta,” meanwhile, poignantly reflected the contemporary Mindanao conflict through the eyes of two children witnessing the ravages of war at a tender age.

“Singanin” was staged under the artistic direction of Hobart Savior, also the director of XCCA.

“Mindanao theater is alive!” said Savior. “Through this theater festival, we hope to highlight the issues in the peripheries as well as the historical injustices in Mindanao. It has been one of the missions of The Xavier Stage to showcase plays with social relevance and with peace as an aspiration.”

Under the rain of bullets

For its part, Mindanao State University Marawi’s Sining Kambayoka Ensemble staged its critically acclaimed “Sa Ilalum sa mga Nag-ulang Tingga” (Under the Rain of Bullets), directed by Pepito Sumayan, a Meranao native who is also an actor, writer and cultural worker based in Lanao del Sur. “Under the Rain of Bullets” was written by playwrights Marili Fernandez-Ilagan and Sunnie Noel.

Directed by Felimon Blanco, the play is about the death of “Tawo,” an allegorical figure who fails to convince friends and family to accompany him to the other side. His last resort is to approach Paghigugma (Love), whom he has forgotten for a long time.

“No Prob, It’s Improv,” was formed after a few DA members were exposed to “Whose Line is it Anyway?” by the Bacolod Improv Group in 2010. Later, they were able to use Peque Gallaga’s modified Viola Spolin workshops to further refine their skills and live skits.

Pasundayag project director Denise Mordeno Aguilar shared her experiences as a scholar of the program leading to a Professional Diploma in Intercultural Theater (Major in Acting), at the Intercultural Theatre Institute, Singapore. Her scholarship was made possible by NCCA and the Kuo Pao Kun Foundation.

Part of Aguilar’s discussion was a documentary film on our “Sinaunang Baybayin,” or early writing—the outcome of a series of activities from a workshop facilitated by Emil Yap, an expert on the ancient Filipino writing system.

Pasundayag is a community arts group in Mindanao whose theater apprentices now form the young blood not only of Mindanao theater, but also of the national stage and pop entertainment, such as Mark Bautista and Johnny Macanas. Since its first production in 1998, Pasundayag has become a platform for multidisciplinary initiatives on culture and the arts in the region.

The recently concluded Tanghal University Theater Festival was a reflection of Mindanao’s rich narratives, from broken dreams to sharp-witted vignettes to vivid aspirations for the second largest island of the Philippines. —CONTRIBUTED