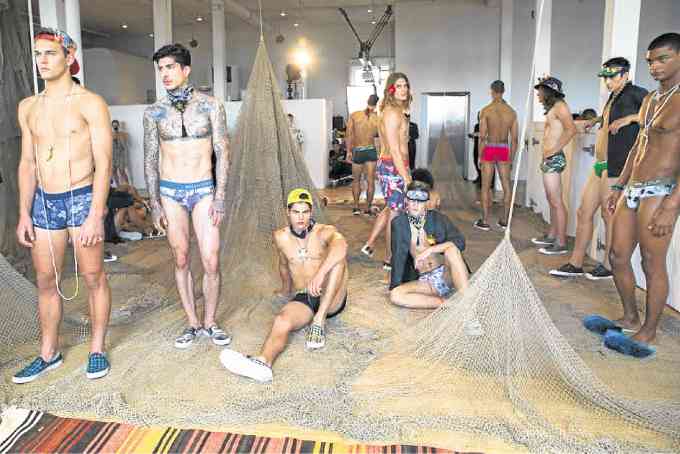 A Filipino fashion designer made history in Paris couture in 2016, while a Filipino clothing brand made its debut at New York Fashion Week.

Dubai-based Michael Cinco had the distinction of being the first Filipino designer to present at Paris Haute Couture Week in July, with a collection that was inspired by his Philippine heritage.

While another Filipino, Roy Gonzalez, showed at Paris couture week in the 1970s as the designer of the house of Jean Patou, the Samar-born Cinco—known for his elaborate and show-stopping aesthetics—is the first to show his eponymous label in the prestigious twice-a-year event.

With a new President in 2016, change had come, even with politicos’ dress codes.

At his first State of the Nation’s Address, President Duterte eschewed old rules about how to properly wear the national attire: he donned the barong Tagalog casually, sleeves rolled up, his neckline unbuttoned—polarizing the fashion kibitzers. He has been wearing the barong the same way since—sometimes paired with jeans.

Duterte has been vocal about his dislike of the “itchy” fabrics used for barong Tagalog.

In a call for austerity, the President Duterte’s first Sona had the obligatory red carpet, but discouraged the long dresses and gowns, which some believe to be frivolous for such an occasion. (Fashion designers, however, lamented how this would affect the local fashion industry.)

Sona guests complied with the Palace’s directive, but that didn’t stop some from dressing up just as fabulously, some in European designer day dresses that ironically cost a whole lot more than a terno.

The First Family dressed simply for the Sona, in frocks made by relatively unknown designers from their home turf of Davao.

In a piece of good news, homegrown apparel and lifestyle brand Bench made its first move to truly go global when it debuted its Bench Body brand’s men’s Spring-Summer 2017 collection at New York Men’s Fashion Week, also in July.

Founder Ben Chan told Lifestyle that it won’t be opening a store in the Big Apple anytime soon, but they’re in talks for distribution of Bench Body in some New York stores.

The year also saw the return to fashion of Chito Vijandre, who was this year’s featured designer of the annual Red Charity Gala.

With a 40-piece collection inspired by periods of Philippine history, Vijandre wowed a new generation of audiences with a singular brand of maximalist aesthetic, which had made him one of the most notable local designers until he turned his back on fashion in favor of interior design and retail 30-odd years ago.

As for trends, 2016 was the year when sweatshirts became haute fashion, thanks to Vetements (and Balenciaga) designer Demna Gvasalia, who gave credence to lowly streetwear.

Embellished guitar-strap bags, flat mules and slides, velvet and statement sleeves were also among the big things in the past year.

Fashion also reaffirmed its unending love for denim, with the resurgence of jean jackets, the denim-on-denim combo, as well as jeans with unhemmed, frayed or uneven hems.

It was also the year longtime design duo and Valentino designers Pierpaolo Piccioli and Maria Grazia Chiuri parted ways, as Chiuri took over the creative helm at Dior.

In global retail, 2016 saw the debut of the “See Now, Buy Now” concept, where some brands scrapped the six-month wait and made collections available to consumers after the runway shows.