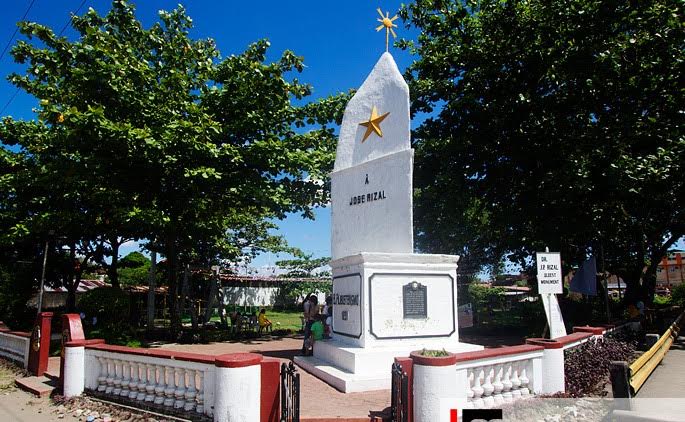 First Rizal monument is not in Luneta but in Bicol

Jose Rizal had wanted a simple burial at “Paang Bundok” (today’s Manila North Cemetery), but posterity has not granted him that wish.

At Manila’s 58-hectare Rizal park, the remains of Jose Rizal are interred in the base of the Rizal monument, originally called “Motto Stella” (Guiding Star) and honored by a four-man ceremonial guard from the Philippine Marine Corps 24 hours a day.

The pedestal carries the bronze sculpture of the hero in his trademark overcoat, gazing toward   the Manila Bay, a book in his left hand.

A plaque on the pedestal’s front reads: “To the memory of José Rizal, patriot and martyr, executed on Bagumbayan Field December Thirtieth 1896. This monument is dedicated by the people of the Philippine Islands.”

The Rizal shrine was unveiled on December 30, 1913 during Rizal’s 17th death anniversary.

But the “Motto Stella” is not the first monument to honor the hero. That distinction belongs to the monument unveiled in Daet, Camarines Norte, on Dec. 30, 1898.

“Perhaps we could be forgiven by Rizal for not having complied with his wish,” Leon Ma. Guerrero writes.

“Heroes are born but they are also made. Not only must a great man die at a great historical moment, and die gently, so that the nation feels that it dies with him, but after his death it is equally important that the veneration of his memory be encouraged, preached and accepted by a grateful people.”