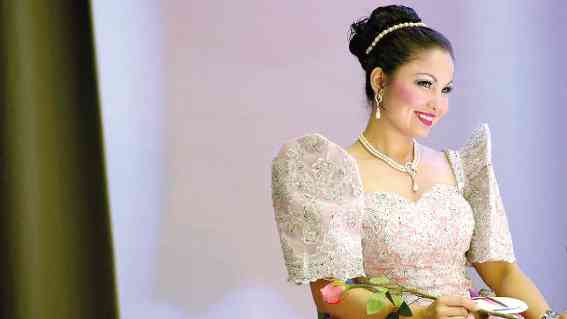 It’s not a total stretch to declare 2016 the embodiment of Lemony Snicket’s “A Series of Unfortunate Events”—a mutated, toxic, Obscurus-ish, Death Star-esque version that exists in Dormammu’s Dark Dimension.

Wars, political acrimony, economic turmoil, disasters, misogyny and bigotry, and so much death—we witnessed and lived through all these and more this past year. It is a wonder and a miracle that we’re still here, still standing, still fighting, still living and loving.

We at Super can’t help but be cautiously optimistic and hopeful for a better new year. If this annus horribilis taught us anything, it’s to always be thankful, to stand up for what we believe in, and to never—not even for a second—lose hope.

The shift in the 2016 Metro Manila Film Festival to indie films from the big-named blockbusters of the years past is proof that change, indeed, has come to the local movie industry.

Whatever your position on this issue is, you cannot deny that supporting homegrown, small-budget films is always a good thing. Telling (and watching) stories about our people, our country and ourselves is all the more important now, a time when our history keeps being whitewashed and revised.

This coming year, let us continue to support movies that highlight the Filipino voice, skill and talent.

2. A long-term and sustainable solution to the traffic problem

The traffic situation has become the butt of Twitter jokes, launched a thousand memes, and whipped up our blood pressures and stress levels to stratospheric heights more times than we could to count.

Let us hope our city and local governments, the business community, transport groups, urban development experts, government agencies and the Duterte administration will come together and create a long-term, sustainable and effective solution to this issue.

3. Adele to stage a concert in the Philippines

During a concert in Antwerp, Belgium, last June, the Grammy and Oscar winner was caught on camera asking, “Would anyone come to my show if I went to Manila?” When Filipino fans of the British singer saw the clip, they went absolutely nuts.

Seriously, who wouldn’t sell their left kidney just to hear Adele belt out those notes and sing about love and heartbreak?

If Adele is flying off to Australia and New Zealand next year, why not make a stop in Manila (and Cebu and Davao) and say “Hello” to us, too?

All we ask (see what we did there?) is for her to keep ticket prices at a reasonable level. We kinda need that other kidney to survive.

4. Fake news sites to be blocked and taken down

In 2016 we saw how websites masquerading as legit news organizations spread and multiplied on the internet, like a particularly vicious disease. They injected lies and vitriol into the political and social discourse through our social media networks.

Facebook and Google have started to take action to stop the proliferation of fake news. This coming year, let’s pray that we all wise up when it comes to fake news and choose to “Ignore” and “Hide” these “articles” that crop up in our feeds.

After six long years, we finally saw some of the important players in HBO’s fantasy-drama epic “Game of Thrones” come together during the show’s recent season finale. Major mysteries were uncovered. Battles were won. One bastard (in more ways than one) finally got his comeuppance.

Unfortunately, the same developments cannot be said for the books that inspired the critically acclaimed television series. George R. R. Martin still hasn’t announced a release date for “The Winds of Winter,” the sixth novel in his “A Song of Ice and Fire” book series. (And there’s a seventh book in the works, too!)

Super is joining the millions of GOT fans in mentally sending good vibes to Martin to help him buckle down and pen the final act of his magnum opus.

One of the better things to happen in 2016 was the premiere of the Netflix show “Stranger Things.”

Because we are a greedy audience that has been spoiled by this excellent series, we can’t help but hunger for more—and this goes for both Netflix (which is finally available in the Philippines! Yay!) and our local television networks.

Why not an original Netflix Pinoy series? Or dare we wish for a medical drama, police procedural or political series on our own local channels? (Pretty please?)

7. Everyone to be kinder

Gone are the days when people just created funny memes and harmless online pranks, broke the internet by sharing an Oscar awards show selfie, and made a blue-and-black lacy dress (or was it white and gold?) the global topic du jour that even the New York Times had to share its 2 cents about it.

2016 is the year of the internet trolls—cruel and often anonymous cyberbullies who make vile and hurtful comments, ad hominem attacks and even horrifying death threats.

This 2017, let us treat each other with kindness, tolerance and understanding. There is already so much hate and ignorance in the world, and we should counteract these with decency and respect.

Contrary to popular belief, political and social consciousness is alive and burning in the hearts of millennials.

The Filipino youth, in particular, proved their worth this year when they led and participated in the protests against the burial of tyrant Ferdinand Marcos in the Libingan ng mga Bayani (LNMB) last month.

We saw the brave Nicole Aliasas stand up for what she believed in even as she protested all by her lonesome outside the LNMB during the sneaky burial. We witnessed how the students of the University of the Philippines Diliman, Miriam College and Ateneo de Manila University flooded Katipunan Avenue and how young professionals joined the rallies with placards in tow all to declare their dissent to this unconscionable act.

“We completely know and understand the injustice we are protesting against,” said Shibby Lapeña de Guzman in response to accusations that she and other St. Scholastica students were forced to join the protest against the burial.

Young people may be “temperamental brats,” but one thing they aren’t is apathetic. The youth care for their country and their fellow Filipinos, and it’s Super’s fervent wish that they keep being “woke” about what’s happening not only in country but in the world.