Osteoporosis broke her bones–but not her spirit | Inquirer Lifestyle 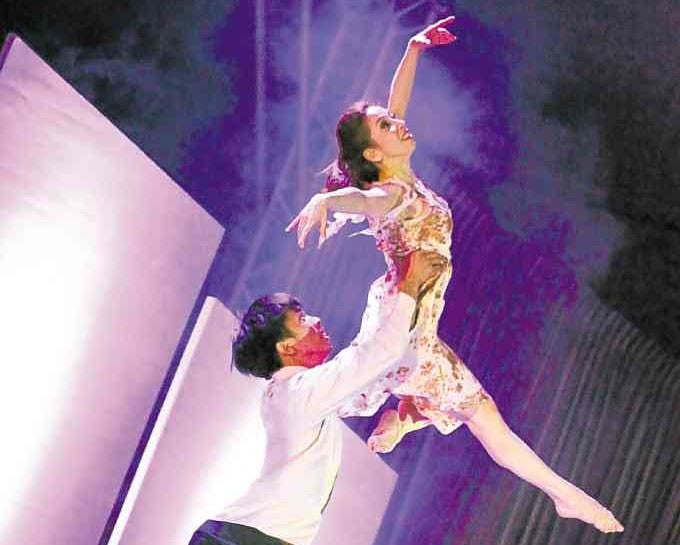 Osteoporosis broke her bones–but not her spirit

In the four-minute pas des deux, a barefoot Periquet was a picture of grace and poise, standing en pointe, executing multiple pirouettes, splitting and prancing before leaping into Cañete’s arms.

Met with cheers from the audience at Cuneta Astrodome, it was a triumphant performance for the 51-year-old Periquet, who in April was diagnosed with full-blown osteoporosis.

Then training for another performance, this time for the 50th anniversary of the Confederation of Asia Pacific Chambers of Commerce and Industry in Taipei, Taiwan, in November, Periquet, vice president for corporate affairs of Metro Retail Stores Group Inc., founder of the Young Executives Business Club of the Philippine Chamber of Commerce and Industry, and a Latin American DanceSport champion, noticed swelling in both her legs as well as a growth the size of a ping-pong ball in between the second and third toes of her left foot.

An X-ray ordered by her doctor, orthopedic surgeon and sports medicine specialist Edgar Michael “Gar” Eufemio, revealed the growth was a bleeding fracture; meanwhile, calcium and bone densitometry tests confirmed osteoporosis, the thinning of her bones.

For a dancer as passionate as Periquet, it might as well have been the end of the world.

“To say I was in shock was an understatement,” she says. “I was in denial.”

Once it sunk in, Periquet went through a period of fear, depression and panic. “I didn’t want to be perceived as weak and incapable not just of dance but of fulfilling the demands of my work. I didn’t want people to see me as someone so fragile, who could easily and literally break.”

Still, instead of asking her to call off her forthcoming performances—or worse, retire—Dr. Gar, who had been treating Periquet for her bone issues since 2007, had one of his toughest patients face the debilitating condition head-on. To increase her bone mass, he put her on oral and injected medications for the treatment of osteoporosis, as well as daily calcium and vitamin D supplements.

She was also given the go signal to continue dancing, as weight-bearing activities are known to strengthen bones.

“Before, it was ‘no pain, no gain.’ Now I learned to respect and listen to my body, and know my limits,” she says.

There was no going around the pain, though. “The most painful part of the day is when you wake up in the morning and you have to take your first steps after lying sedentary for six to eight hours,” says Periquet, who is also taking medication for neuroma (swelling of the nerves) and is undergoing physical therapy for her right kneecap, which veers outward.

If she didn’t love dancing so much, she would have thrown in the towel months ago. “I’ve learned to embrace the pain,” she says. “I’m so happy when I’m dancing, I feel like I’m transported to another world, it’s as if I wasn’t sick.”

In time, her tenacity and vigilance would pay off. A second bone densitometry test in October showed that her bone mass had increased by 20 percent, a result one might expect after a year of treatment. “From a -3, I’m now a -2,” says Periquet, who performed pain-free at Caritas Manila.

Knowing that osteoporosis is irreversible hasn’t stopped her from aiming for a positive bone density score—or telling women with a similar condition that they can still pursue their passions.

In the 18th annual Scientific Meeting of the Osteoporosis Society of the Philippines Foundation Inc. last October, Periquet was introduced as the society’s latest poster girl. The first osteoporosis awareness advocate below the age of 60, she brings a new face to a condition otherwise thought of as an “old woman’s disease.”

Once bone density reaches its peak by age 30, it begins to decline, making us vulnerable to osteoporosis. Certain risk factors increase the likelihood of developing the condition: females with a small build are prime candidates, as are Asians and Caucasians.

Other factors contribute to osteoporosis: lower estrogen levels (due to menopause or rigorous sports or dance training), inadequate calcium in the system, a sedentary lifestyle, alcohol consumption, smoking, steroids, and diseases like lupus or cancer.

At 4’11” and 86 lbs., Periquet was a classically trained ballet dancer from age 3 until she stopped at 21 “to answer a different calling,” she says.

The youngest of five daughters of the late Aurelio Periquet  Jr., prominent businessman and former president of the Philippine Chamber of Commerce and Industry, she made a name for herself as an entrepreneur, socio-civic leader, a member of the House of Representatives, and media personality.

But the passion for dance was always there, says Periquet, who discovered DanceSport at 40. Mentored by Philippine DanceSport champion Edna Ledesma, as well as World DanceSport king Paul Harris from the United Kingdom, Periquet and her partner Larry Iguidez Jr. bagged numerous local and international awards, including gold medals in the Latin category of the International Millennium DanceSport Competition held in Singapore in 2011.

Then she began falling—during practice, while crossing the street—and felt her knees buckling for no apparent reason. One fall left her with a slipped disc so bad, she was bedridden for four months, then had to learn to walk again. Once she overcame it, accidental stumps and bumps left her with fractures in her fingers and toes.

Yet, with each close call, Periquet emerged stronger, more determined than ever. Months after her slipped disc, she performed a rumba in four-inch heels with her fellow DanceSport champions at the Music Museum.

And watching her fluid performances last September and November, no one would have guessed she had just recovered from a fracture in her foot.

“I became a better version of myself after osteoporosis,” says Periquet, who received more invitations to dance after Taipei. “The things that used to matter before don’t matter now. I’m just so blessed to be able to walk and move my toes.” —CONTRIBUTED