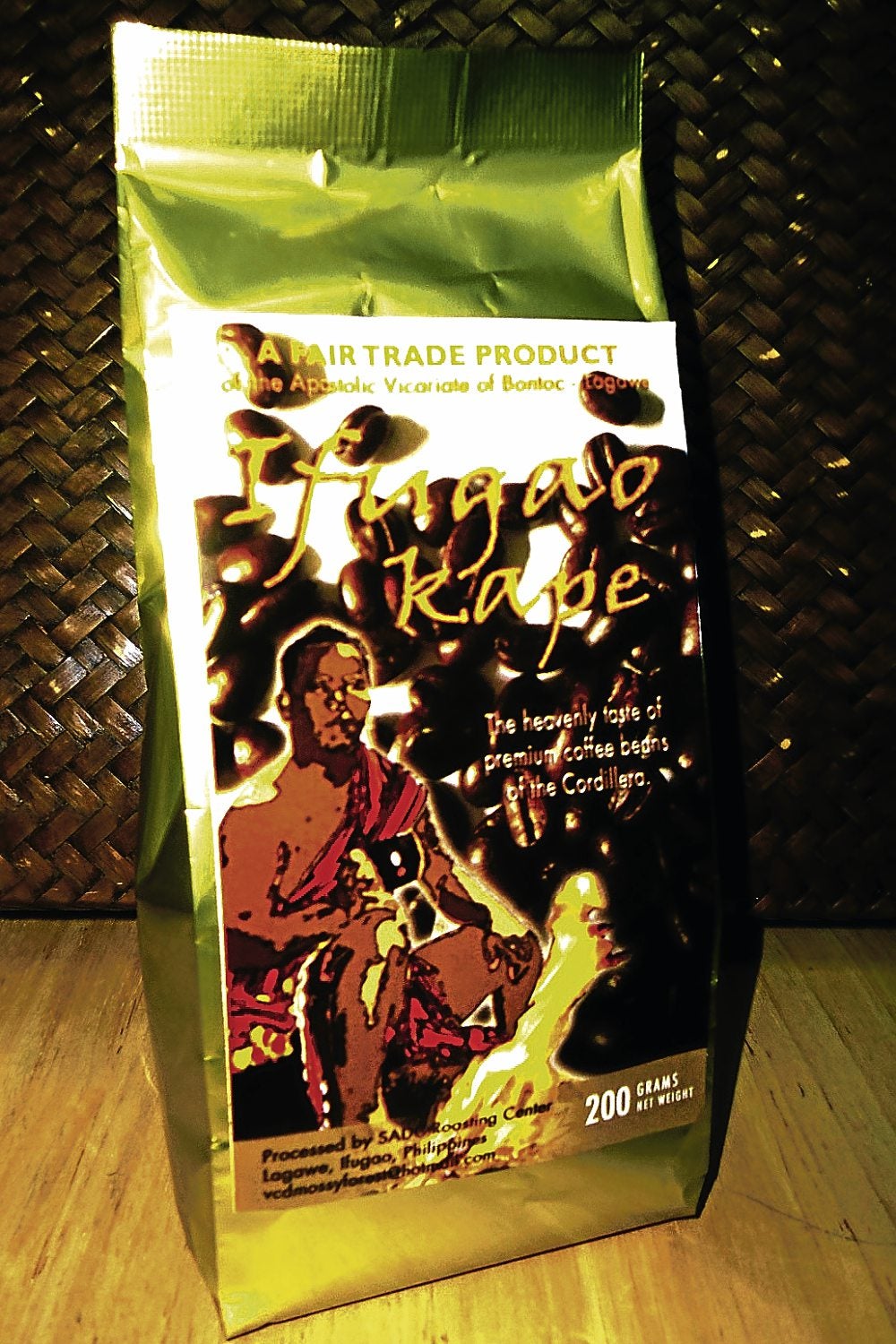 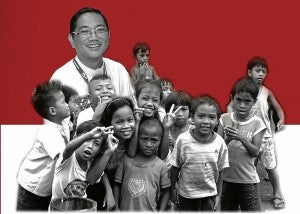 Who does not know “Tanging Yaman,” “Hindi Kita Malilimutan” and many other church hymns penned by Fr. Manoling V. Francisco, SJ?

What many may not be aware of is that Tanging Yaman is also the name of a foundation, founded by Fr. Manoling,  that has helped numerous causes, the plight of the Ifugao people among them.

I was fortunate to have spent a few minutes chatting with Fr. Manoling, thanks to Marites Ingles, the woman who informed me about the Tanging Yaman coffee blends—Ifugao Kape, Igorot Kape and Lagawe Kape, all from the Cordilleras.

The coffees taste good, perhaps one better than the other. But it was the literature behind the coffee bags that I found very interesting. Having a bag of their coffee is having a piece of their story.

Fr. Manoling narrated: “As a newly ordained priest, I was fortunate to have been assigned to serve as parish priest of Kiangan Catholic Mission, Ifugao, which then covered more than two municipalities of mountain ranges, Kiangan and Asipulo and the bordering barangays with Banaue and Hingyon.

Since then, I have become a promoter of their culture, a good friend of the Ifugao people.”

The coffee is a social enterprise initiated by the parish priests in Ifugao and Mt. Province. They’ve encouraged local farmers to plant and blend their own coffee. They needed help in marketing, so this was how Tanging Yaman came in.”

“Because it would be very cold, people would drink coffee made from coffee beans or toasted rice the minute they woke up. They’d drink it all the way till the evening, when we’d huddle 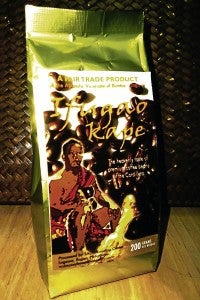 “The house of an average Ifugao family would measure around 3 x 3 m, a one-room hut. On the corner would be a little fireplace where they also cook and where you would find a pot of boiling coffee or water. This is where we eat, sleep and chat, all in that same space.”

After seeing the festive ribbons adorning the coffee bags, I had to ask, is there Christmas in Ifugao?

“Yes, because the majority of them are baptized, though they continue to practice their local customs. Simbang gabi is at 4:30 a.m. That would mean people walking through the mountains with blazing torches to get themselves to church. It’s a big sacrifice for them, since the walk is long, cold and dark.

“Noche Buena food is very simple—inlagim and vegetables, ham if they’re able to buy ham from the lowlands, or de lata. De lata is special there, carried through their backs through the mountains. Even softdrinks and sardines are very costly as they are carried on people’s backs.”

Inlagim is usually served during important events and celebrations. Recipe by Fr. Manoling:

Boil water in a kaldero.

Slit the throat of a native chicken. Pluck off the large feathers.

Set aside the kaldero. Roast the chicken, still with the smaller feathers, over the open fire. Brush aside the remaining charred feathers and continue roasting the chicken until half-cooked.

Resume boiling water in a kaldero while opening up the chicken. Remove the entrails and place them in a separate pan.

Cut the chicken into pieces and put in the kaldero with boiling water. Add salt (take note, no spices are used, as spices are hard to come by in the mountains).

Chop the innards. Two versions: Some drop the entrails into the pot of boiling water. Others fry the entrails with a little oil, then drop them into the boiling pot.

Once the chicken is cooked, serve with native rice and sawsawan of toyo and sili.

“For some outsiders,” said Fr. Manoling, “the charred taste of the chicken and the lack of flavor make inlagim unappetizing. Inlagim, I suppose, like other signature cultural dishes, is an acquired taste. But once acquired, one will savor its raw flavor, unencumbered by numerous condiments, and look forward, as I did experience, to the next serving of Ifugao chicken stew.”

St. Luke’s Global and I are inviting you on Dec. 13 to “Sexy Ko sa Pasko!” The seminar will be about preparing a healthy noche buena feast and making smarter eating choices during the holidays. A wellness bazaar will also be available, for those who want to shop for healthy holiday treats. Free of charge, reservations required. Call 7897700 loc. 5057.