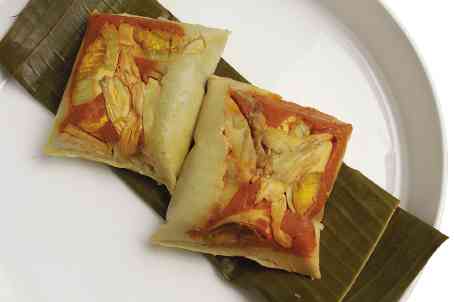 Is Filipino cuisine an endangered heritage?

Like our indigenous fabrics and oral chants and literature, Filipino cuisine is a cultural heritage that needs protection and preservation.

Kapampangan chef José Antonio Miguel Melchor is advocating the preservation of the wealth of recipes, resources and skills to be passed on to the next generations.

The chef’s crusade began in 2014 when he was commissioned by the Department of Agriculture (DA) to handle the Filipino section of the Asean food festivals at the Shangri-La hotels in Jakarta, Indonesia; Yangon, Myanmar; Phnom Penh and Vietnam. The buffet of adobo, kare-kare, sisig, suckling pig and other classics was well received by international guests.

“I taught the local chefs how to make our food from scratch using the DA’s produce,” said Melchor. “It dawned on me that the government markets our cuisine abroad while there is not enough promotion of our own cuisine here. Many are still not aware what Filipino food is.”

He then formed a group that would take up this cause. Some proponents of Filipino cuisine, celebrity chefs and food journalists supported him while others said that it had been done.

Despite the naysayers, Melchor established the Philippine Culinary Heritage Movement, composed of industry stalwarts and people with influence. For its launch, a gala was held at the National Museum honoring the people who popularized Filipino food such as Glenda Barretto, Engracia Reyes of Aristocrat Restaurant, Lorenzo J. Cruz, Nora Daza and the late Inquirer food columnist Doreen Fernandez. For its second anniversary, the movement held a fiesta at Kabisera restaurant.

Melchor seeks to create a center of Filipino cuisine with the DA. He said the Agribusiness Development Center has a showroom which could be used as showcase of Filipino products. He said the center could also advise suppliers how to make their products marketable.

Growing up in Pampanga, the Philippines’ food capital, Melchor was always surrounded by good food. His parents loved to entertain while his great grandfather was a chef for the Americans in Clark Air Base. He lauded the resourcefulness of Filipinos as they recycled airplane body parts into cooking pots and pans.

But his repertoire of Filipino food is a diet buster.

Melchor said he cooks such classics as kare-kare using tripe and fresh sauce. It comes with fish paste from Pangasinan which is washed to reduce the saltiness and spiked with onions, garlic and fresh tomatoes.

He also makes pastel de lengua and morcon with beef.

Melchor recently participated at the Terra Madre Salon del Gustilo in Italy where he showcased Filipino dishes. He said the international network aims to protect ingredients that are endangered because of the lack of demand.

He said Filipinos are no longer familiar with purple yam, turmeric or yellow ginger, tinawon and adlai or pearl barley.  “Filipinos don’t know these crops, they only know of chili flakes,” he said. “They are also unaware of the varieties of heirloom rice around the country like tinawon or white rice from Ifugao, and Cordillera red rice which we put on top of adobo.”

Melchor acknowledged that Filipino cuisine is evolving. “We don’t have to cook in the palayok and serve on banana leaves,” he said.

But he observed how puto would be compromised with flour for convenience instead of the traditional galapong or rice dough, or how it would take several hours to stir boiled ube with fresh coconut cream until it thickens. Today, people cook with  powdered ube and canned milk, he added.

In the end, it is important to maintain the defining features of Filipino food, Melchor declared. 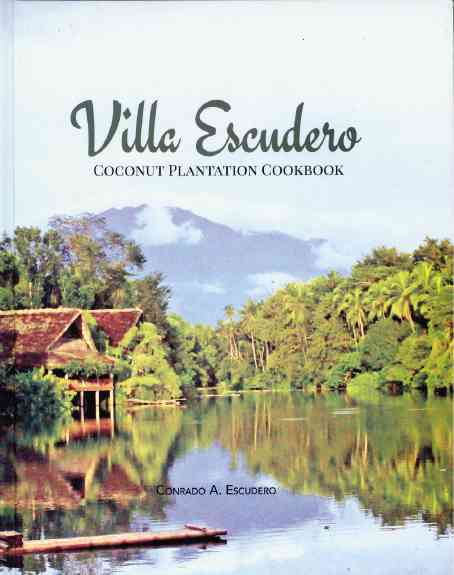 Meanwhile, Conrado Escudero, founder of the food and heritage destination, Villa Escudero in Tiaong, Quezon, has given his book a reboot. “Villa Escudero: Coconut Plantation Cookbook.”

The book is a visual narrative of the Escudero hacienda, famous for its picnic at the waterfalls, its theatrical Feast of the Ascension.  It is likewise a favorite wedding reception site and holiday destination.

In the revised book, Villa Escudero executive chef Cocoy Ventura uses his boss’ heirloom recipes and adds new local dishes at the Villa, designed for today’s cooks. The book unselfishly shares the popular dishes at the waterfall restaurant such as the lechong manok. It explains that the Filipino salad, unlike the leafy versions with dressings from the West, makes use of vegetables from the backyard and is flavored with calamansi, patis, toyo and bagoong.

Then there are the heirloom recipes such as the kulawong talong (pork mascara and radish braised in vinegar) popular in Southern  Tagalog, and the adobong Batangan (pork belly braised in vinegar, garlic and annatto),  and the  signature fried chicken which is marinated overnight with calamansi, garlic, salt and pepper.

Since Villa Escudero is an hacienda with a coconut plantation, the coconut dishes abound in the book such as the young pansit buko, or coconut noodles, buko pandan or gelatin with coconut strips, and lots of soups and vegetables with coconut milk.

Ventura says he was motivated by the diwatas and such sightings as shadows of old people; beautiful ladies even if there no guests who had checked in; people wearing long grey clothes and sounds of the yard being swept at 2 p.m. —CONTRIBUTED