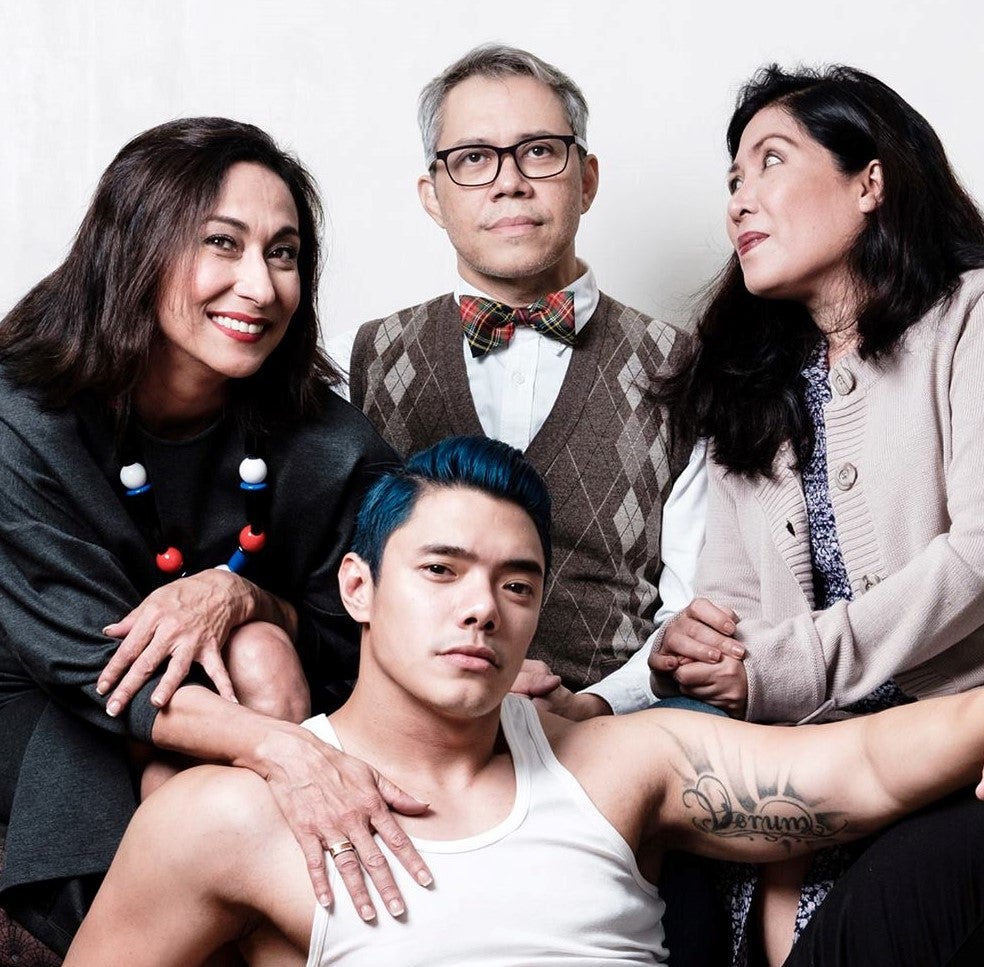 In Rep’s “Vanya and Sonia and Masha and Spike,” directed by Bart Guingona, Cherie Gil is Masha, the dramatic sibling; Roselyn Perez is Sonia, the resentful sister; and Michael Williams is Vanya, the peacekeeper brother. Also in the cast is Joaquin Valdes (center, seated), along with Naths Everett and Mica Pineda.—PHOTO FROM REPERTORY PHILIPPINES

What childhood was like for Cherie Gil, Roselyn Perez, Michael Williams

Repertory Philippines’ first production for its 80th season is the comedy “Vanya and Sonia and Masha and Spike,” about three siblings who deal with the possibility of their house being sold off.

Written by Christopher Durang, it won the 2013 Tony Award for Best Play. It will be directed by Bart Guingona, whose recent credits include “Almost, Maine” and “The Normal Heart,” for which he won the 2015 Philstage Gawad Buhay for Outstanding Direction.

Joaquin Valdes, Naths Everett and Mica Pineda round out the cast.

Gil, who returns to the Rep stage after playing the Baroness in “The Sound of Music” in 2006, is the youngest of three siblings.

“If we include the rest of halfs and steps, we are six all in all, which makes me fall right in the middle somewhat,” she says.

Asked if they were the sibling who got into trouble, the one who would lead the others into trouble or the goody two shoes while growing up, here are their responses:

Gil, whose recent credits include “Full Gallop,” and “Arbol de Fuego,” says, “All of the above? (Laughs.) I could also be the tattletale sometimes.”

Perez: “I am in the middle of two brothers. I don’t remember getting my siblings into trouble but I’d get myself into trouble!”

Williams: “I am the youngest of seven kids, five boys and two sisters. I got into my fair share of trouble although I believe that I was the good one!” (Laughs.)

Gil’s fond memories of her siblings include visiting their mother’s ancestral home in Pampanga during Holy Week.

“We were adventurers, running in the sugar fields, riding carabaos and horses, swimming in the river, climbing trees, watching the penitensya procession, running to other people’s homes to play pool.

“We would sit on the old tall window ledge of our house and sing songs to the Aetas and children—holding a mini-concert just for them.

“I always tagged along with my brothers. Being the youngest, I was called saling pusa. Those were the days when we were young and free with no qualms and worries in the world. Best days of my life!” she says.

Perez, who was recently in “33 Variations” and “The Normal Heart,” spent summers with her siblings exploring Baguio.

“My grandfather was a Supreme Court justice and my mother worked for him. We all loved the Supreme Court compound, it was like a huge playground for us. We were always climbing or running, we loved to slide down the hill on discarded plywood.

“There’s no place in Baguio we didn’t conquer because my father’s hobby was photography and he took us everywhere to get his fabulous photos.”

Williams, whose recent credits include “Bituing Walang Ningning” and “Dirty Old Musical,” recalls, “My brother and I would replace the telephone handset with that of the toy phone. Then we’d hide from our minder. She’d panic if she couldn’t find us and would call the police. But she ended up using the toy phone. We would be dying of laughter. Of course, we got punished for it. And it wasn’t my idea! (Laughs.)”

All three in trouble

Which one is most likely to get all three into trouble if you were siblings in real life?

Perez: “I would have to say Michael. His troubles would become mine.”

Williams: “Clearly, it would be Cherie.”

Gil: “This is hard to admit, but yeah, I guess I’d have to agree with Michael. (Laughs.)” —CONTRIBUTED

Note: The print version of this story mentions that this production is Rep’s 50th-season opener. It’s the 50th year of Rep, and its 80th season. The online version reflects this correction.