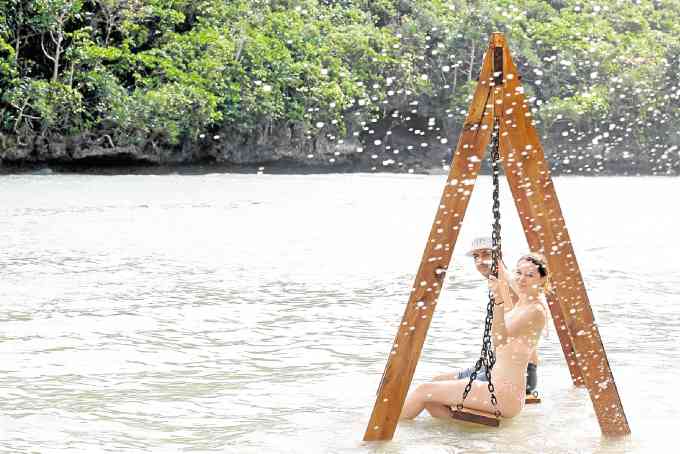 It was paradise. Our feet in the sand, waves lapping at our legs, flutes of champagne in our hands, beats thumping steadily, fireworks lighting up the sky. And when we needed a break from the merriment, there were soft beds right on the beach to sink into.

Boracay on New Year’s Eve can be a crowded nightmare but not at Kama Beach Club. This luxury beach club hidden in a secret cove is the island’s best kept secret, the fruition of the dreams of Scott Weismann, an American businessman who wants to give people an alternative Boracay experience. It’s a sexy hideaway—the perfect place for those who want privacy in what has become a very popular tourism destination. It’s a place for joy and relaxation, a new Boracay waiting to be discovered.

“I spend a lot of time here in Boracay, months on end sometimes. I spend it up in a villa on Mt. Luho. Going down to the White Beach every day became boring… It’s not a relaxing place to be. One day, I thought, I’m going to put up a beach club here,” Scott said.

Drunk on lobster and Dom Perignon, revelers from everywhere—Manila, Hong Kong, New York, Miami, LA—welcomed 2017 with dancing, cheering and champagne showers as DJs from all over the world (Willy Monfret from Paris, WeRWolvz from Las Vegas, Patrick Pizzorni from Miami, Italo Laurenthie from Brazil) spun.  “They say,  ‘This is the most beautiful place we’ve spun records in.’ They’re like, we’ll come anytime and play here,” said Scott. 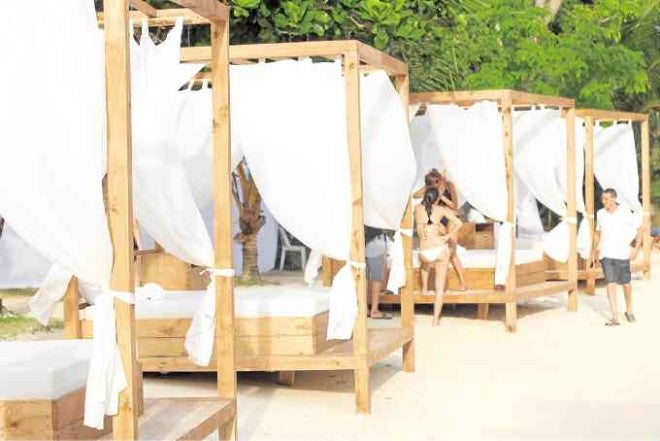 In the morning, Kama Beach Club looks like a different place. Daylight reveals white sand, the sparkling sea, lush trees fronting the beach, coral-riddled steps leading to the scenic port and a swing right in the middle of the water.

The beds, which at night bear witness to the drinking and dancing, become the perfect spot for laying out in the sun and getting a tan.

Kama Beach Club isn’t just a place for partying and Scott believes his concept of a wellness and premier recreation club is the first of its kind. “It’s multifaceted. Aside from the parties, we have the spa, a day club where people can relax. We want to promote healthy living, morning yoga, meditation.  It’s also an artists’ colony. We want to create an environment for creative people. We want to have a community of artists from all over the world and give them a place for creating art.”

For Scott, it’s about finding balance. “I was that guy who was in the clubs every single night six nights a week. A person cannot sustain that lifestyle forever. It was too extreme for me. Then I went to The Farm at San Benito and at first I loved it, I was like, this is great but after forty days, okay, it was kind of boring but I’m like, if this place had a club, it would be amazing.” 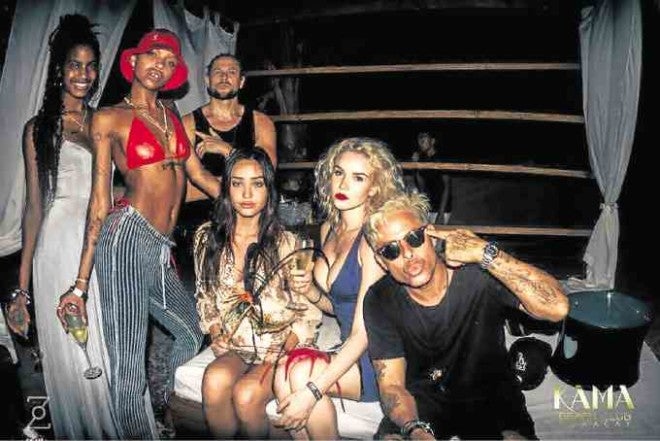 Scott found the 5-hectare property just a year ago and managed to convince the owner to lease it to him the very next day. “The owner of this place had been offered a lot of money, people want to build big complexes here but he turned them down. When I came along, I told him my concept and that we would leave the place looking as natural and as beautiful as possible, he said okay, go ahead and do it.”

It is in its early days but it already is a success, given the rave reviews from people who have enjoyed their Kama Beach Club experience. It is already a favorite hangout of celebrities—a mix of models, DJs, actors and artists. And Scott has already gotten inquiries from guests who want to book the entire property so they can throw their own parties. “Boracay is a destination location, it’s not a place where people are gonna come every single weekend but groups of friends will take a trip down here. It’s an expensive place to party, I’m not gonna lie, we’re not going to be shy about it.”

Kama Beach Club is more than just a business for Scott. “A lot of what we do here is to build relationships with the community to be able to give back. We’re gonna be giving a lot of money back to Boracay to help clean up the water here. We happen to have the cleanest water in Boracay.” Scott and his girlfriend Ambra Gutierrez, who also co-owns Kama, do a lot of work with charities Children’s Garden and Humanility. They intend to do the same in Boracay. “We want to build another street home here in Boracay and teach parents of street kids how to make jewelry and organic scrubs to create jobs and help them become more sustainable.” 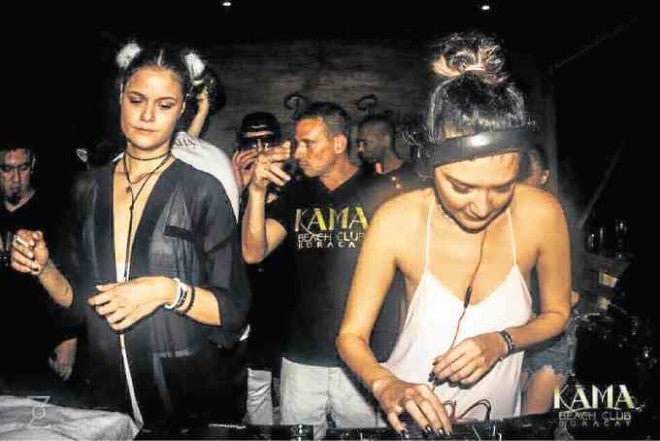 Scott calls his beach club “a work in progress.” He partnered with SkyJet president Dino Reyes-Chua and they are in the process of building villas on the property.

“I didn’t open up this place to get stressed out. I just want to grow it organically. We’re looking to create a place where people can come have fun, cover our bills and be able to give back to the community.”

There are a lot of plans for Kama Beach Club—the completion of the restaurant The Grill (“We want to bring in chefs from all over the world.”), the introduction of new classes (“My friend Skylar Hauswirth has developed his own brand of hip-hop yoga. We want to keep teaching people new things.”), the opening of more clubs (“The plan is to open multiple Kama Beach Clubs. Our next one will be Coron. We want one in Siargao. We’re basically going to build them where SkyJet services. Dino has been a big help.”). 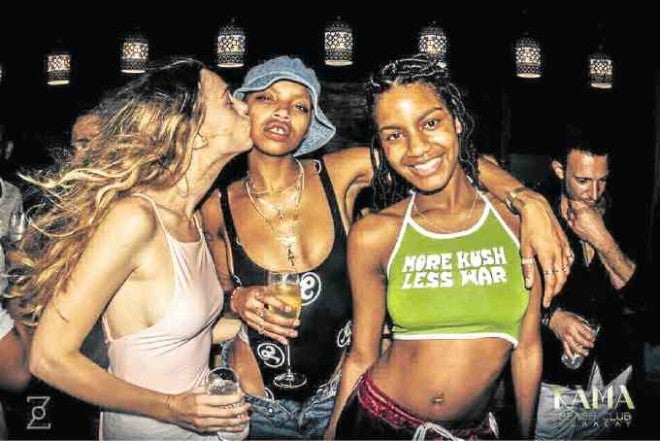 And in the meantime, the parties will keep coming. “We’ll open up for special events. We’re doing an event for Miss Universe here, we’re doing a Chinese New Year event, we want to do weekly events during the Boracay summer. We’re going with the flow.”

Find “Kama Beach Club” on Facebook and follow @kamabeachclub on Instagram. SkyJet, the official airline of Kama Beach Club, flies to and from Manila to Caticlan three times a day.