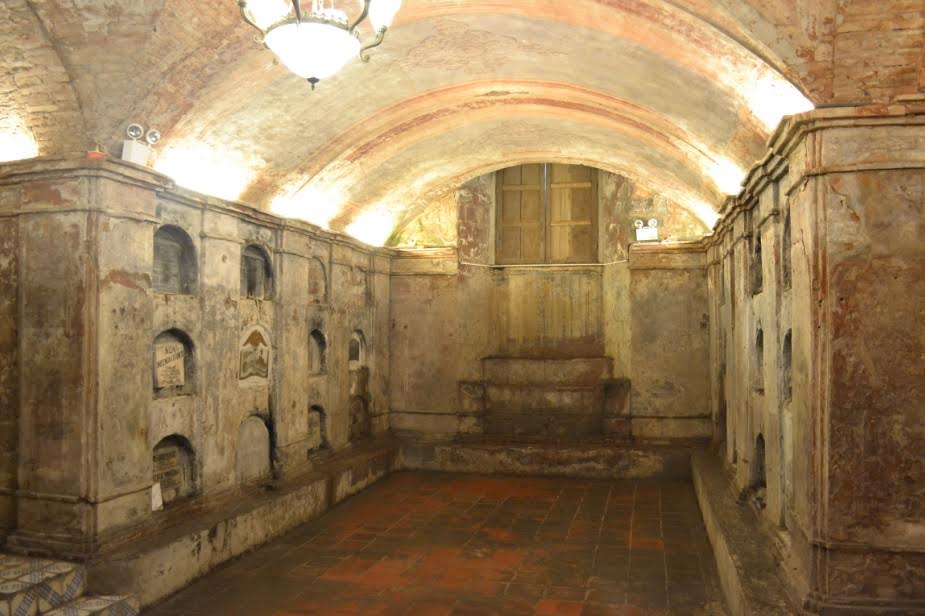 The museum located at a building in front of the octagonal-shaped cemetery features artifacts associated with the 19th-century burial ground and the techniques used by NHCP in conserving the chapel and perimeter walls as well as the properties of the materials utilized in its construction.

It also tells the history of the cemetery through audio-visual presentation and infographics.

In the opening ceremony, church art and architecture historian Regalado José underscored the site’s significance, saying it is the only cemetery in the country to have an underground crypt—from which it got its name— during the Spanish colonial period.

José, University of Santo Tomas archivist, explained the cemetery’s octagon shape, saying the shape means it has eight sides with eight being the number of eternity.

Former NHCP chair Ma. Serena Diokno who attended the event and conceptualized the museum’s theme, said the museum veered away from their usual historical narratives addressing the gap between that and the concepts on heritage and conservation.

Bryan Paraiso of the NHCP commemoration and museum division explained the heritage-themed museum was made to educate the people on the difficulties in preserving and restoring heritage edifices using scientific methods.

Paraiso said Diokno wanted to present the conservation of materials as an important step in understanding the nature and techniques used during the Spanish period in constructing heritage structures.

The cemetery built of bricks, adobe and river stone, and located about two kilometers from the town center was built by Franciscan friar Fr. Vicente Belloc in 1845 who also made renovations on the town’s church on the same year.

While its chapel of neoclassic facade has a crypt 15 feet below the ground containing 36 niches where priests and the town’s prominent residents were interred, more than 200 niches are above ground and had been incorporated into the perimeter walls.

The chapel’s interior was previously painted with dry fresco and the traces are still visible at present.

The crypt served as a meeting place of the Laguna leaders of the revolution in 1896 and of Filipino guerilla during World War II.