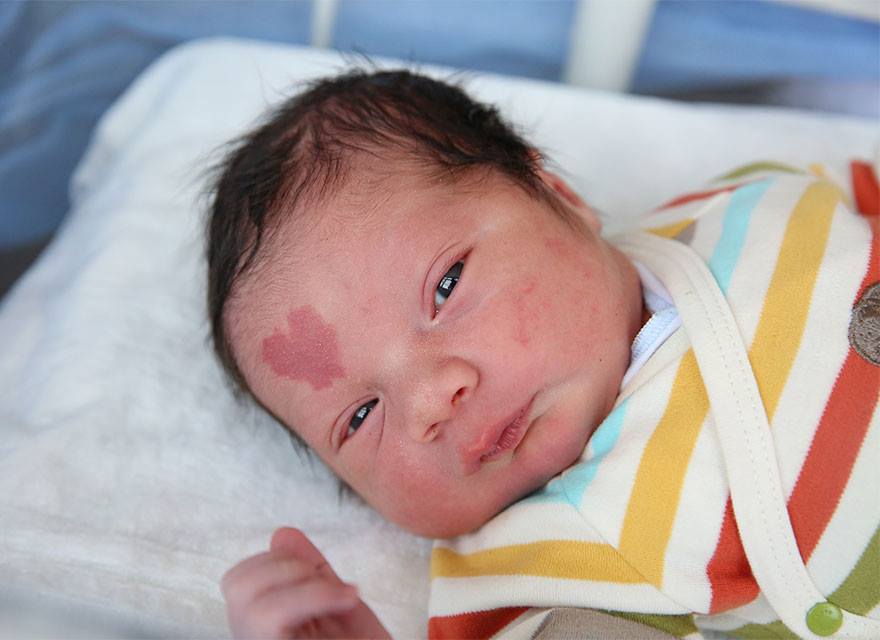 A “love baby” with a heart-shaped birthmark was born in Ankara, Turkey.

Both Murat Engin, 30, and his wife, Ceyda, 28, felt blissful when they welcomed their newborn son, Çinar, who was born with a wonderful gift impressed on his forehead, Daily Mail reported.

Murat recounted to the news site that how he saw his baby’s big red heart mark. “We love him and his birthmark,” he said. “After a nurse cleaned the blood on his head I was the first who see the birthmark on his head.”

Tears streamed from his and his wife’s eyes when they saw the birthmark. “I was really surprised. When I came close to his head I realized that it was an amazing heart,” he expounded.

Nurses began to crowd near Çinar and take countless selfies with the bundle of joy. He said, “The nurse screamed like ‘Oh my good, unbelievable, he is a love baby,’ then three others came and got some selfies.”

Now at 14 months, Çinar is a social media sensation and local celebrity, with many Turkish people taking selfies with the “love child.”

“When we walk around, all people smile [at] us and love him. All of our friends are curious about his birthmark because of its heart shape,” he said jubilantly. ‘They say that he is a love baby.”

“When we go to the [the] hospital for custom control, nurses and doctors know him and called him as ‘hearted boy,'” he added.

The couple regards his birthmark as a miraculous blessing from the Heavens. “It was really like a gift from God. None of us had negative feelings,” he concluded.

Just like Çinar, a mother-and-daughter tandem made headlines last May with heart-shaped birthmarks. Mirror reported that Lois Whitehead, 26, of the UK, gave birth to her daughter Heidi, who had a bright red birthmark similar to her mother’s.  Gianna Francesca Catolico