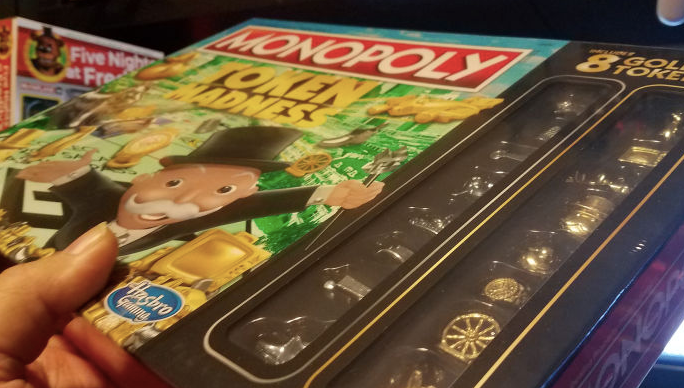 For generations, Monopoly has reigned as the ‘king of all board games’ and probably have had caused a string of ‘broken’ friendships over the years.

Aside from its empire-building allure, perhaps the game’s biggest draw is its cleverly designed variety of tokens to choose from—which could now be replaced based on the whims and preferences of online voters.

Hasbro, the iconic game’s creator, launched Monopoly Token Madness Vote, in which fans can select a lineup of eight emblems that they’d wish to see in the next edition of the storied franchise.

According to Cnet, all of the eight tokens in its current lineup are on the chopping block—including the ever-popular Scottie the dog,  top hat, car, thimble, boot, wheelbarrow, battleship, and the latest game piece: the cat token, which replaced the iron following a similar Facebook fan vote in 2013.

“No token — not even the Scottie dog — is safe!” Hasbro’s senior vice president of marketing Jonathan Berkowitz confirmed in a statement. “Only time will tell if fans will decide to stay with the classics, keep a few favorites or pick an entirely new line up of tokens.”

Gadgets, including a cell phone that looks to be from the ’80s and a ‘50s-looking television, are an option as well, while seemingly bizarre choices like sliced bread and a fuzzy bunny slipper are also in the mix.

Interested voters have until the end of the month, January 31, to cast their preferences, and the winning eight tokens will be revealed on World Monopoly Day on March 19. The new version of the game featuring the fan-voted tokens, meanwhile, will be made available to the public sometime in August.

Hasbro’s proposed changes looks to be a way to spice up the old-school financial game and make it more appealing to this generation by using symbols that they are accustomed to.

However, replacing such iconic symbols could also prove risky for Hasbro, especially for old-timers who might feel a sense of nostalgia with each piece.

The classic game first came out in 1935, which featured the car, thimble, boot, top hat, and battleship as part of the original set, while Scottie dog and wheelbarrow were added in the early 1950s. Khristian Ibarrola