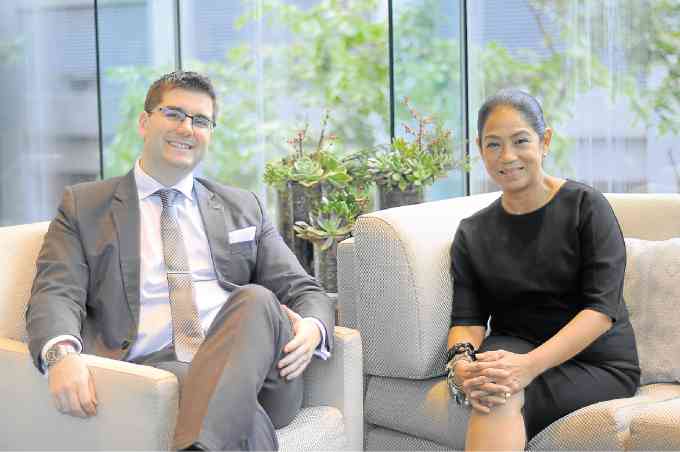 It’s only been open for a little over two years, but Ascott Bonifacio Global City Manila has been regularly meeting its target of 40 percent for long-staying guests (LSGs). These corporate clients are mainly business folk who stay for a minimum of 30 days, but the serviced residence also gets its share of staycationers who stay for a night or two.

It may have helped that Asia’s Best Female Chef Margarita Forés is the force behind the Ascott Global kitchen. Aside from coming up with the menu at Alta, the all-day dining F&B outlet on the second level, she is also in charge of the pool bar, banquets and in-room dining services.

A few months ago, she opened Pasticceria di Marghi at the Ascott lobby that serves coffee and pastries including bestsellers, three-cheese ensaymada and chocolate crinkles.

“I think it was a natural progression for me to partner with a hotel, create their menu and provide banquet services as I’ve been in the food business for 30 years,” said Forés.

The petite chef first developed an appreciation for authentic Italian cuisine while on a tour of Italy in 1986. While there, she immersed herself in the local culture, developing what would later become her culinary style of using and cooking with only the best local ingredients.

The following year, in 1987, Forés founded Cibo di M, a catering business that has put together memorable banquets and customized service for high-profile clients. A decade later in 1997, she opened Cibo, her first Italian restaurant that is now a chain with outlets throughout the city.

The restaurant has become a favorite of many Filipinos who appreciate the consistency of favorites like Penne al Telefono and the seafood salad that is chockfull of chewy squid, shrimp and whitefish. For the past few years, Forés has been holding anniversary promos at Cibo where guests can order a number of dishes at hugely discounted prices.

She has since branched out with other restaurant concepts including Lusso, a luxe champagne and gastro bar, and Grace Park, an ingredient-driven Italian restaurant specializing in farm-to-table cuisine.

For Alta, Forés has come up with a menu featuring Italian dishes and Asian favorites. She’s particularly proud of the Risotto Carbonara, the Lamb Chops with French lavender honey (“It has a following”), and the Braised Pork Adobo with quesong puti gel and garlic brown rice.

Alta has a breakfast buffet for in-house guests as well as one for lunch, but its a la carte menu is popular with the “afternoon crowd” who often hold lunch meetings at Ascott.

“We pride ourselves on our flexibility and personalized service,” Barnes said, “so we are able to cater to guests’ whims that can range from having their rooms cleaned at 3 in the morning or allowing them to order items that aren’t on the menu.”

He said that since a huge chunk of their clientele are LSGs, they look for new things, unique experiences. To this end, Ascott has begun offering tours of the area where the guests ride bamboo bikes, and has come up with a street food buffet prepared by Forés  with a lugaw bar, along with balut, fishballs, pancit and skewered food.

“I learned to cook in a home environment where the food is hearty. I wanted to recreate those homey elements but in a hotel set-up,” she said.

Barnes couldn’t agree more. “Our slogan is ‘home away from home’ after all.”