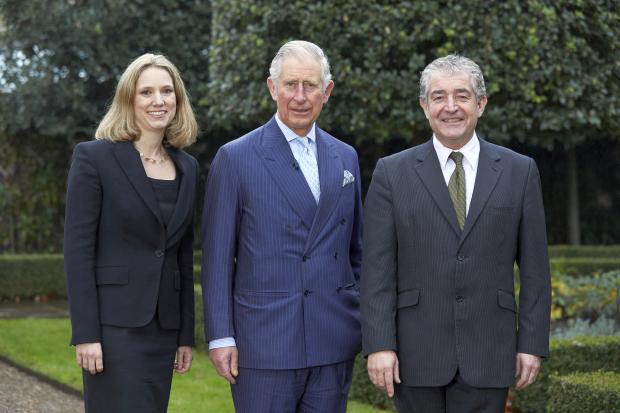 This image made available by Penguin Books Ltd shows (from left) Emily Shuckburgh, a Cambridge University climate scientist; Prince Charles, long a critic of man-made climate change; and Tony Juniper, a former Friends of the Earth director. Prince Charles has co-authored a book on climate change. The book called "Climate Change" launched Sunday Jan. 15, 2017, and is part of Ladybird book series, which traditionally targeted children but has recently expanded to a broader audience. (Photo from Penguin Books Ltd via AP)

LONDON — Penguin Books says Prince Charles has co-authored a book on climate change together with an environmentalist and a Cambridge scientist.

The Prince of Wales, long a critic of man-made climate change, wrote the book “Climate Change” with Tony Juniper, a former Friends of the Earth director, and Emily Shuckburgh, a Cambridge University climate scientist.

The book launched Sunday is part of Ladybird book series, which traditionally targeted children but has recently expanded to a broader audience. It uses the original style of a picture book but offers adults “bite-sized understanding on a sometimes challenging subject.”

Other books in the range include works on evolution and on quantum mechanics.

The work’s front cover is a drawing of flooding in Uckfield, in southeast England, which occurred in October 2000.