How can any charity ball beat this one? | Inquirer Lifestyle ❮ ❯ 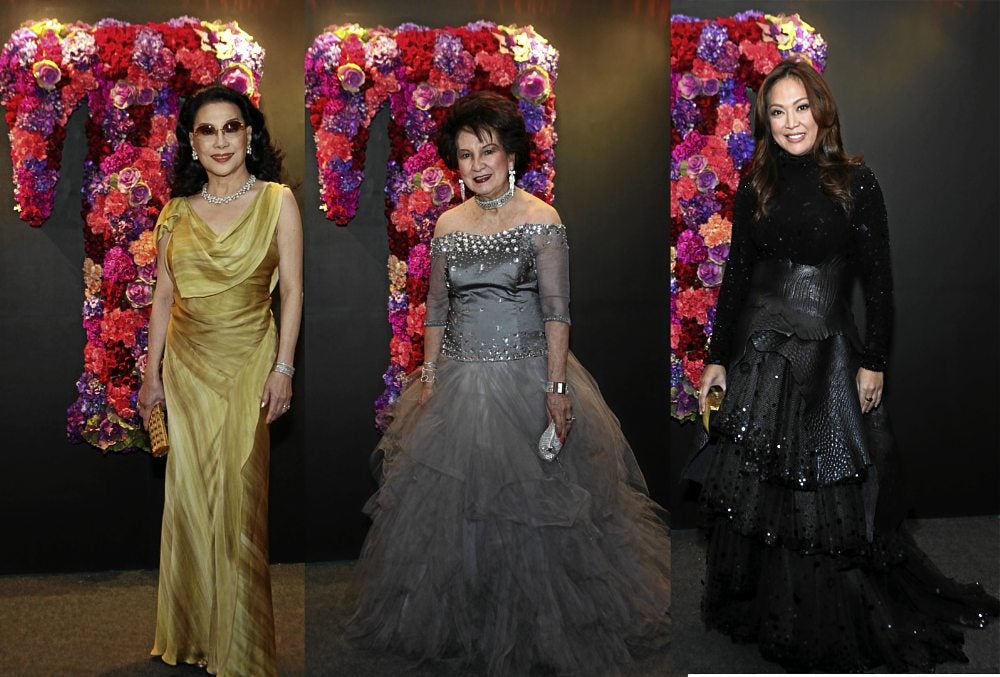 How can any charity ball beat this one?

Vicki Belo won the Parisian experience package while boyfriend Hayden Kho won the Jaeger-LeCoultre limited-edition No. 10 Memovox Deep Sea watch, one of only 359 pieces in the world

Cosmopolitan Manille’s alta sociedad always come out in their full regalia during the Tatler Ball, dahlings, and it was  no exception when Philippine Tatler celebrated its 10th anniversary.

The magazine hosted the fabulous happening, which held the last word in excellence—from the divine food, which was especially chosen by Irene Martel Francisco,   to the flowers and the dazzling namedroppables who turned up in elegant black tie and gorgeous ball gowns, dahlings.

The ball gathered a stellar group of personalities for the annual Philippine Tatler Awards. 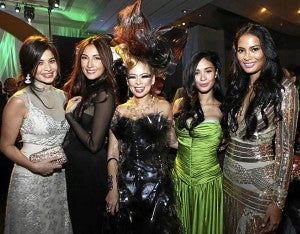 The Tatler Ball was held to raise funds for a worthy cause. As of press time, the ball had generated over P7 million for this year’s beneficiary, the Habitat for Humanity Philippines.

Now that’s what charity balls are all about, n’est ces pas?

The dashing Barrie Goodridge, CEO of the Asia Tatler Group, jetted in from Hong Kong with his adorable wife, Rita, to join the anniversary ball and give a few remarks. 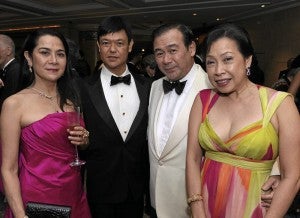 In her own speech, Martel Francisco, Philippine Tatler managing director, said the 10th anniversary is a “a milestone” and that Tatler has grown from “an optimistic beginner in the publishing industry to the leading chronicler of luxury lifestyles in the country.”

Preparing a ball this big is not an easy task, and thank yous were in order. The valued major partners of Philippine Tatler in the ball were there in full force, starting with Century Properties, represented by Ambassador Joey Antonio and his wife Hilda Reyes; Mercedes Benz with its president Felix Ang; Smart Infinity with its marketing manager Marga Cobarubias; and Visa headed by Iain Jamieson.

Fernando Zobel, chair of the Capital Campaigns of Habitat Philippines, stressed the importance of “providing a decent home for our countrymen.”

He called onstage the Habitat Youth Council, as represented by Isabel Martel Francisco, Kevin Yang, Simon Tantoco and Pedro Roxas Jr., all of whom have been very active in fundraising and “youth builds” (social housing construction by the young).

The dinner was a spectacular celebration of the flavors of Spain, dahlings, with scrumptious dishes like the aged Iberico ham and soufflé de Manchego, and the slow-roasted Lomo de Cordero. They were paired with excellent wines from the Estampa vineyards of Chile: Estacion Sauvignon Blanc 2008 and Estacion Cabernet Sauvignon 2009.

Dessert was incredibly calorific, but who cares! It was drowned with chilled flute of Moet & Chandon Brut Imperial.

Vicki Belo won the Parisian experience package, with a three-night stay in the Shangri-La Hotel, Paris, a private tour of the Hermès Museum, and pampering treatments from Annick Goutal Paris.

Myla Villanueva bagged the Tuscan Adventure lot, with a two-night stay in the Chianti Classico region in Italy in the vineyards of the Antinori famille, and dining at its one-star Michelin restaurant, Osteria de Passignano. With this package is a pair of round-trip business class tickets to Rome, courtesy of Singapore Airlines and Philippine Tatler.

Rita Dy of SIA said the donation is courtesy of Krisflyer, frequent flyer program of the airline.

The last item was the ultra luxe Jaeger-LeCoultre limited-edition No. 10 Memovox Deep Sea watch (one out of only 359 pieces), which went to debonaire Hayden Kho. 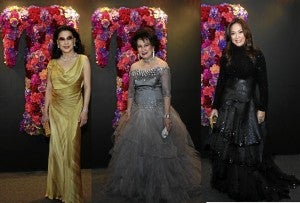 The dancing to music by 8 Track and DJ Mars Miranda had the glitzy set rock-and-rolling the dance floor till 3 a.m., dahlings, and, to have a breather, they sipped the endless flow of Belvedere lychee martinis and Grand Marnier cosmopolitans.

Okay, now how can any ball beat this one? Because Tatler is Tatler and that answers it all, n’est ces pas, dahlings.