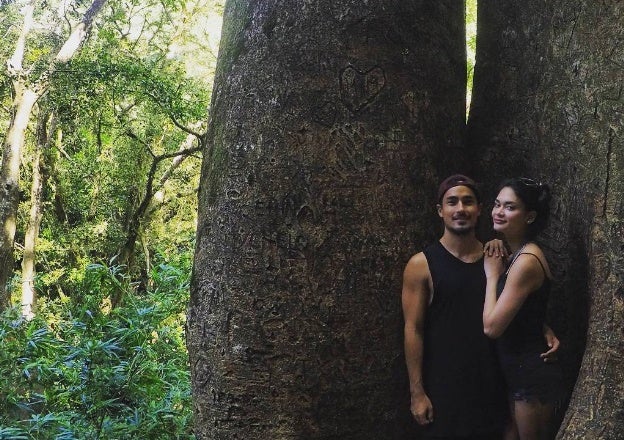 Outgoing Miss Universe 2015 Pia Alonzo Wurtzbach on Monday confirmed that she and Filipino-Swiss racer Marlon Stockinger are officially together, saying that she is happy to be with someone who understands the demands of her job.

“We are officially together and I’m glad that I have finally met somebody who’s very secure with himself and who understands my job and who’s not afraid to let me have my moment, such as right now,” Wurtzbach said in a televised interview with ABS-CBN’s Dyan Castillejo.

“He’s really understanding and we really get along. I also love the fact that he’s Filipino and Catholic. We have a lot of things in common,” she added.

Asked what is Stockinger’s best trait, Wurtzbach said the racing champion is naturally funny without even trying.

(It’s not forced, it’s like because I like him I think he’s funny. He’s corny but you’ll still laugh.)

Wurtzbach is in the country to pass on her crown during the 65th Miss Universe coronation night on Jan. 30 at the Mall of Asia Arena in Pasay City. YG/JE