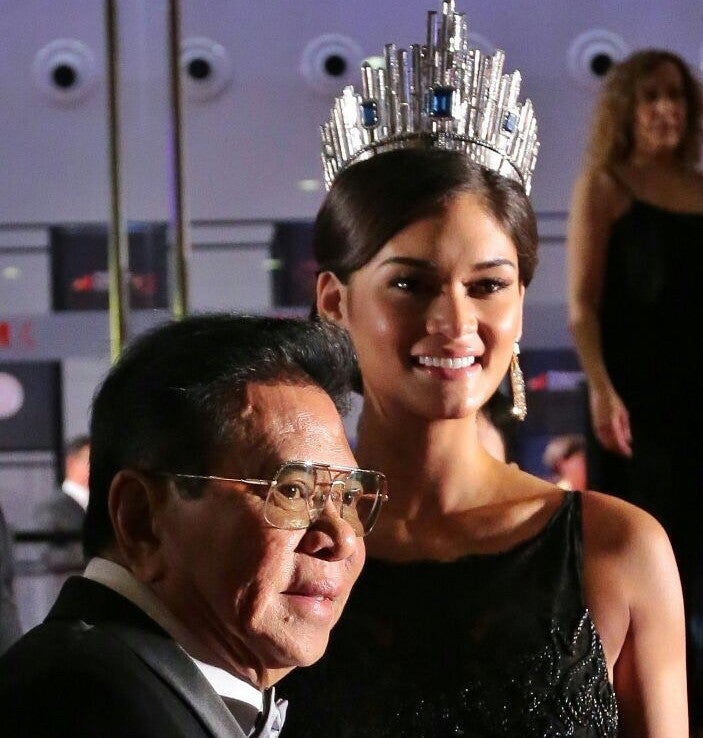 Pia Alonzo Wurtzbach made her first official appearance as the reigning Miss Universe for the pageant’s current edition rolling out in the country at the “Governor’s Ball” on Monday night at the SMX Convention Hall in Pasay City.

The benefit dinner, which cited Pass it Forward as the beneficiary, was also the first official event where the candidates were all gathered together. In groups, they had initially toured Boracay in Aklan, and Vigan City in Ilocos Sur, over the weekend.

“It feels like it’s already the coronation night,” Wurtzbach told the guests. “It all started with just an idea, holding the Miss Universe pageant here. And now it’s finally here. I would like to thank everyone who made this possible.”

Miss Universe Organization President Paula Shugart echoed her sentiments. “This is a dream not just for me but for the entire organization,” she said.

“The Philippines has the greatest fans. The country and its people are close to my heart,” she added.

With “Pass It Forward” cited as the beneficiary nonprofit organization, the dinner fetched as high as P250,000 for a table of eight guests accompanied by two Miss Universe contestants. Other tables, for 10 guests, were made available for a “lower” price of P180,000, but did not include any contestant. Two other price points, P100,000 and 80,000, were made available for guests, which enjoyed a set meal prepared by Via Mare.

Kapamilya Singers Jed Madela and Jona were joined by belters Radha and Frenchie Dy in providing entertainment for the guests. JE