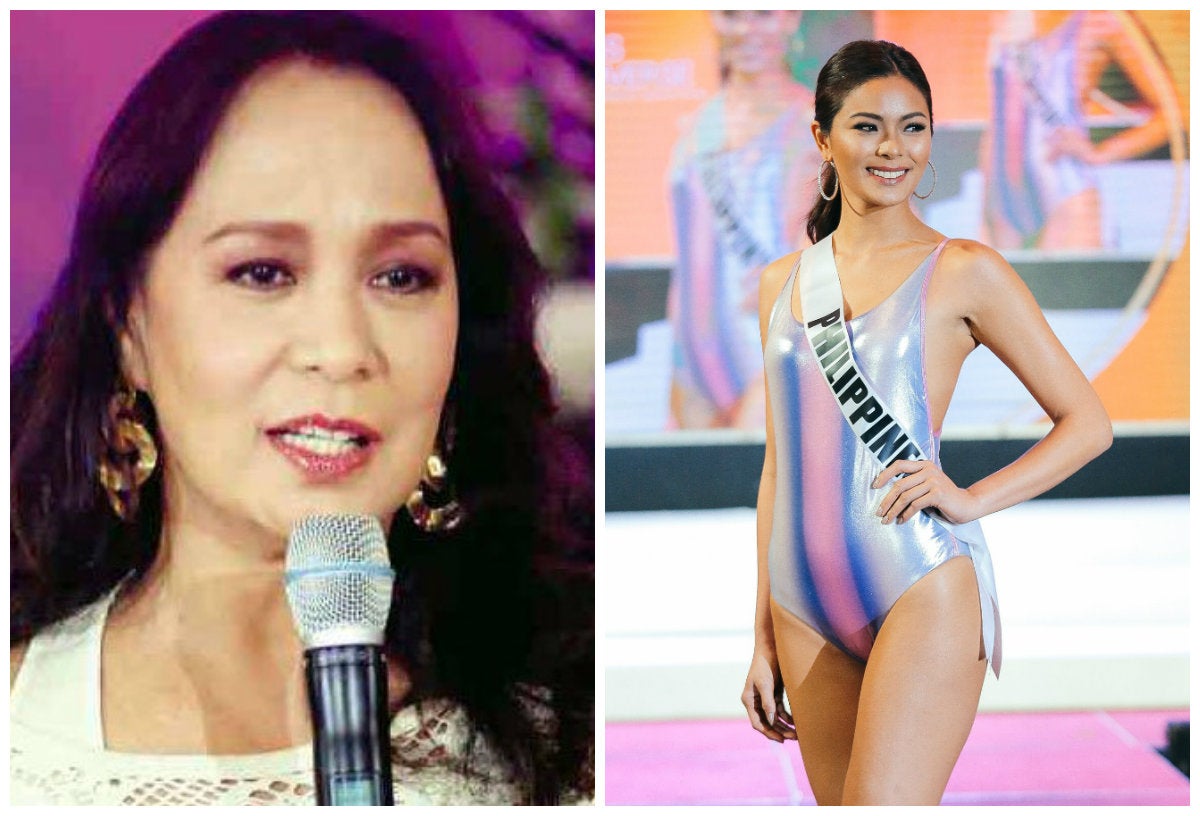 “This is the first time I will meet Maxine and the first thing I will tell her is to get an interpreter if she feels that she can better express her thoughts using our vernacular language,” the country’s first Miss Universe winner said in an interview over government-run PTV4 during the recently concluded Governor’s Ball.

Some netizens had expressed worry over the Philippines’ chances of having a back-to-back Miss Universe win as Maxine Medina reportedly has poor English skills.

Diaz stressed that using the Filipino language does not make Medina any less of a beauty queen.

Reigning Miss Universe 2015 Pia Wurtzbach said that while it would be “easier” to speak in English in the pageant, it would be okay to get an interpreter.

“Based on my experience, it is easier to answer the question in English kasi nauubos ang oras sa interpreter (because you run out of time with an interpreter),” Wurtzbach said in a recent interview with Dyan Castillejo on ANC.

She further explained that candidates get to show their “true self” in the Q&A portion and that it would be a plus if the candidate can speak in English.

However, she acknowledged that it is okay to get an interpreter on the coronation night and said, “Go with what you’re comfortable with.”

When asked if Medina can give the country back-to-back Miss U victories, Gloria Diaz said “No, but, I think she has a chance and chance is one in a million,” in the same interview with PTV. JE