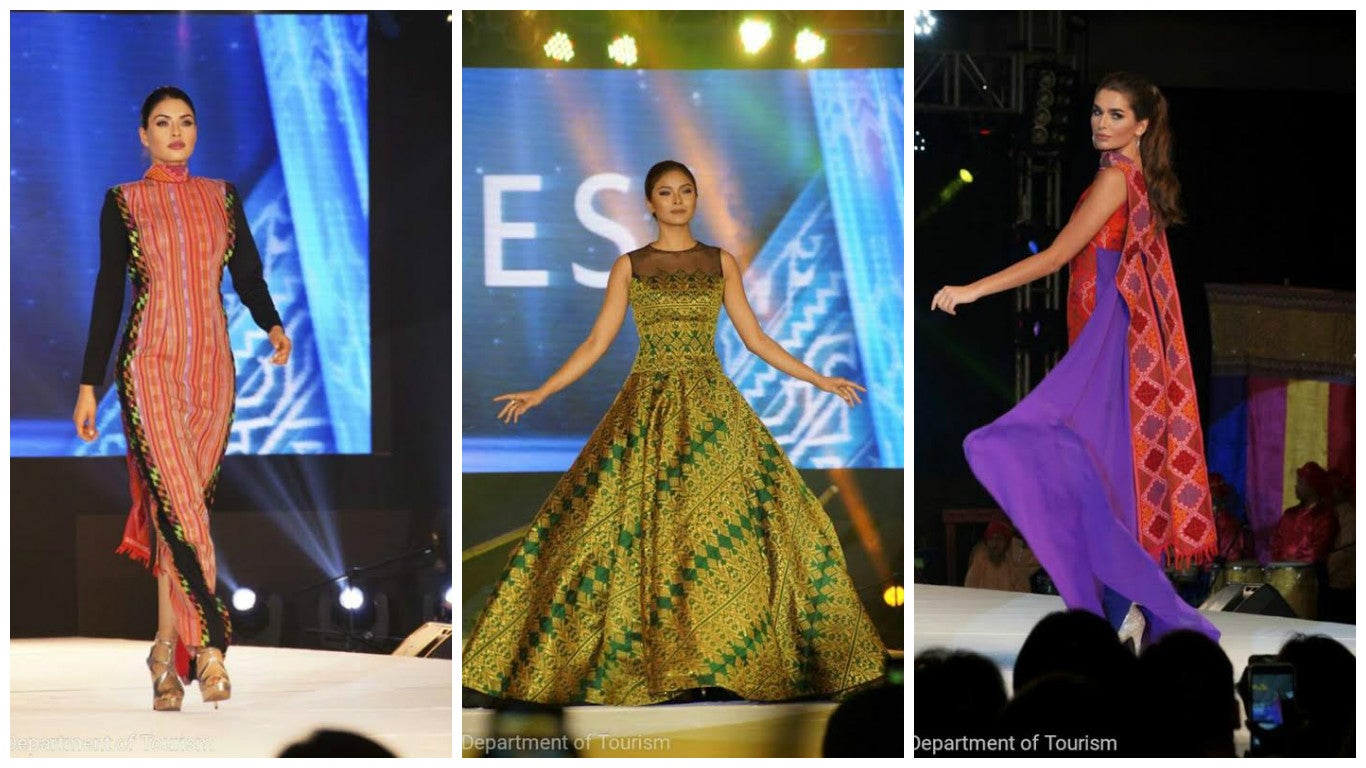 Miss Universe bets from Mexico, the Philippines and Argentina model the creations of Filipino designers at a tapestry show in Davao City. PHOTOS FROM THE DEPARTMENT OF TOURISM

DAVAO CITY – From the mountain to the runway.

That’s what the Miss Universe candidates did in their short visit here Thursday.

Less than an hour after they arrived, the 29 candidates were herded into a waiting bus for a very late lunch at the Eden Nature Park and Resort, a mountain haven in Toril District, more than an hour ride from the Francisco Bangoy International Airport.

There, they were welcomed by schoolchildren who waited for more than three hours. The candidates had a brief dance showdown with the Bagobo children, but the resort was off limits to media.

The 29 candidates did not have the time to try the mountain resort’s adrenaline-pumping rides like the Skyswing, Skycycle and the zipline as they had to rush back to the SMX Convention Center for the Mindanao Tapestry fashion show.

With the event already delayed for more than an hour, the paying audience were made to wait outside the venue because the girls still had to do some runway rehearsals.

Short video presentations on how the Mindanao fabrics are woven and tribal dances served as “in-betweeners” for the show.