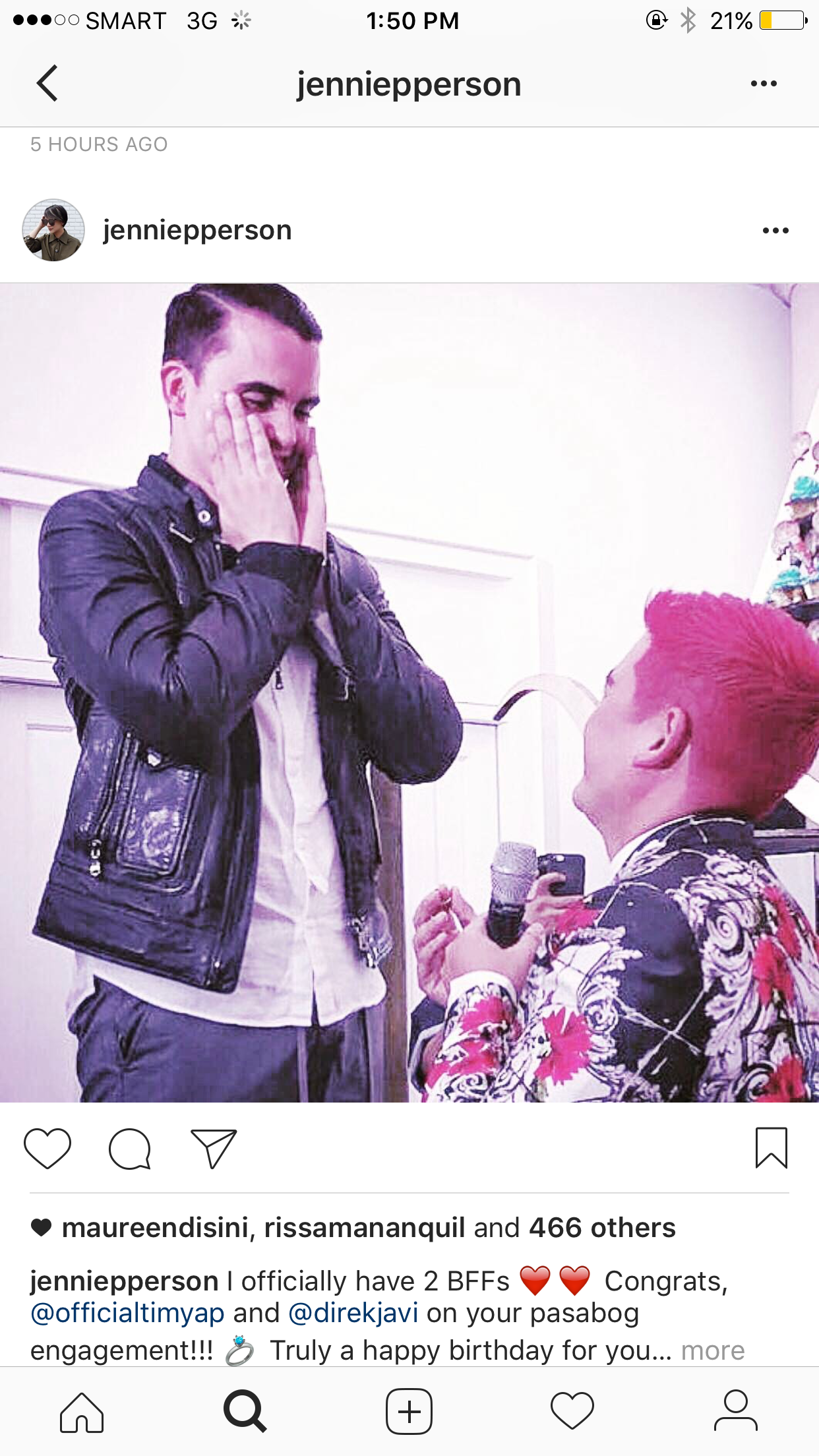 Tim Yap gets engaged to Javi Martinez Prado on his birthday

Tim Yap celebrated his 40th birthday with a Miss Universe-themed bash, asking guests to come wearing any national costume. Prizes, including a plane ticket to Europe, awaited those who came in the best outfits.

His friends, who had gathered at Manila House in BGC for the party, were in for a bigger surprise: Tim proposed to longtime boyfriend Javi Martinez Pardo.

“When you have a good thing, you have to make it last forever,” he said, as his friends screamed.

Someone handed Tim a purple box and he said, kneeling, “With this ring, and with all the people in the universe, I wanna ask you, Javi, will you be my partner in life?”

Javi nodded and the two kissed and hugged.

“I hope it fits,” Tim said, as he slipped the ring onto Javi’s finger.

Then, as the crowd cheered, he announced, “He said yes, guys! We’re engaged!”

Congratulatory messages for the couple have flooded social media, with Iza Calzado calling it a “kilig moment.”

“So happy for you both,” wrote fashion Rajo Laurel.

Divine Lee posted, “You bring out the best in each other. I’m so happy for you guys!”

“I officially have two BFFs! Congrats on your engagement!” posted Jenni Epperson.