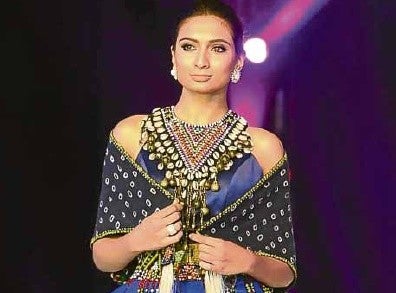 “To be in the place where Sushmita (Sen) won is such a great honor,” Miss Universe India Roshmitha Harimurthy said of the 1994 Miss Universe winner, the first from India.

Sen captivated Filipinos with her come-from-behind victory in the international pageant held in the Philippines, when she edged out favorites Minorka Mercado of Venezuela and Carolina Gomez from Colombia.

“It’s not an easy task. It’s not an easy journey,”  said Harimurthy, 22, of replicating Sen’s feat, during the “Instagram party” hosted by telecommunications companies PLDT and Smart at SMX Convention Center in Pasay City on Saturday.

“A few characteristics I have imbibed (from Sen) is the grace, that pleasant smile, and that stage presence that she has,” said the beauty queen who is pursuing her Master’s degree in international business, adding that though she has yet to speak with Sen, she had seen her victory on video.

Sen confirmed in an Instagram post that she was coming over to sit as judge in the 65th Miss Universe pageant, whose coronation night is slated on January 30 at the Mall of Asia Arena in Pasay.

“I am [so] excited, emotional, and looking forward to returning home to the Philippines after 23 years,” Sen said.

“Life [has] come full circle, from winning Miss Universe, to having owned its Indian franchise, to now … returning to Manila this time as a (Miss Universe) judge!!!” Sen added.

Harimurthy meanwhile expressed fascination at the Filipinos’ passion for pageants. “Even now they still talk about (Sen) after 23 years. And that love is so eternal. Any girl would want that, and I want that too,” she declared.