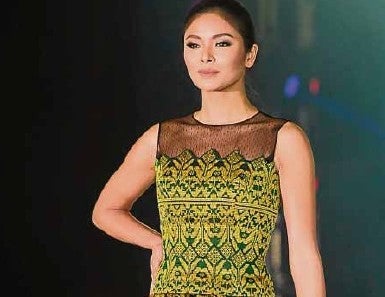 Maxine a stronger woman after the bashing, says kin

She was bashed on social media for being less than proficient in English, but reigning Miss Universe Philippines Maxine Medina “handled (the issue) patiently and became even more determined,” her mother Maria Fe said.

“She took it positively. That’s what amazed me,” she added.

Younger sister Ferica said Medina’s bashers  “made her a stronger woman.”  She added:  “That’s where (Maxine) drew her strength. She learned what she had to focus on, to work on, because of the criticisms that she got.”

Medina’s steely resolve was a revelation even to her mother who said, during a press conference early this month, that the beauty queen was a “shy, soft-spoken” child, and that the thought of her joining a pageant was farfetched.

“I’m proud of her. She exceeded my expectations,” Maria Fe said, adding that when Medina told them she was considering joining a pageant, she advised her daughter to “finish her studies first, so she could have a fallback option if she doesn’t make it.”

So Medina, 26, earned a degree from the Philippine School of Interior Design and dabbled in modeling before trying her luck in the beauty contest circuit.

When she finally did, she bagged the most coveted crown in the Binibining Pilipinas pageant and earned the right to represent the country in the Miss Universe pageant.

Ferica, a former “Miss Nursing” at the University of Santo Tomas, offered her ate useful tips about joining pageants.

“I told her it was scary. And this being the Binibining Pilipinas (pageant), it’s not a joke. It’s being broadcast live. Showing yourself in front of a lot of people is frightening.  I also told her she would be asked anything under the sun in the question-and-answer round,” Ferica recalled telling her sister.

But the seasoned fashion model conquered her fear, and ended up with a crown on her head, a triumph that had her beau, model and TV actor Marx Topacio, asking himself,  “Am I good-looking enough to be Maxine’s boyfriend?”

He added in jest, “I sometimes ask myself that.  (Fortunately), she’s not the jealous type.”

Topacio met Medina through the Professional Models Association of the Philippines, where both are members, as was Medina’s aunt, 1990 Binibining Pilipinas-Universe Germelina Padilla.

Dating Medina had given him newfound fame, Topacio said. “People have recognized me before. But now, when I’m with Maxine, more people would notice me.”

The couple has been together for six years now.

Although Medina’s hectic schedule as Binibining Pilipinas titleholder and Miss Universe contestant has cut down their times together, Topacio said he would always be there should she need him, “even if only to carry her bag.”

He declared: “She is the one.”

Despite the bashing, Topacio hopes people would look at Medina through the eyes of her family and loved ones to see who she really is.

“She has changed a lot, really, I’m amazed. I’m proud of her,” said her mother, Maria Fe.  “She has transformed emotionally, physically and mentally.”

Medina’s sister agreed. “We believe she is ready for the Miss Universe crown. After her training with (the beauty camp) Aces and Queens, we know she’s in fighting form.”

Said Topacio:  “Have faith in her. She has given her 100 percent for the Philippines. Believe in her, we will win this.”

Medina is facing 85 other aspirants in the 65th Miss Universe competition, which is technically the pageant’s 2016 edition.

Reigning Miss Universe Pia Wurtzbach will relinquish her title in coronation rites at the Mall of Asia Arena in Pasay City on Jan. 30.

Aside from Wurtzbach, two other Filipinos have won the Miss Universe crown: Gloria Diaz in 1969, and Margarita Moran in 1973.