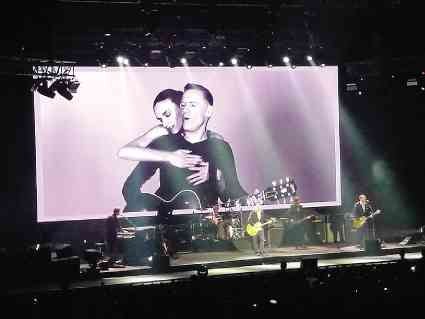 ‘Bato’ having fun–at the right place but the wrong time

Last Jan. 14, Dela Rosa himself sang onstage at the Rakrakan music festival at the Mall of Asia open grounds. And just last Wednesday, the PNP chief had a front-row seat in Canadian singer-songwriter Bryan Adams’ concert at Smart Araneta Coliseum.

Apparently Bato loves rock music. At least he knows how to have fun. And he seems to be doing it to chill from a highly stressful job.

But the problem is the timing—the country’s top cop spearheading a controversial drug war was having fun at the right place, but at the wrong time.

Hours before he went to the Adams concert and joined a big crowd singing along to “Heaven,” “Please Forgive Me” and “(Everything I Do) I Do It For You,” among other hits, media was breaking the news that the National Bureau of Investigation (NBI) had confirmed that South Korean kidnap victim Jee Ick Joo had been dead since last October, killed by his abductors led by a police officer assigned to the anti-illegal drugs section in Camp Crame.

The next day, more damning details: Mr. Jee was strangled to death right inside the camp, a few steps away from Bato’s residence.

This is not the first time that Bato has been caught in an embarrassing situation. On Nov. 5, 2016—the same day Bato was watching the Manny Pacquiao-Jesse Vargas boxing match in the US—the Philippine media was abuzz with news that Albuera, Leyte, Mayor Rolando Espinosa was shot dead by cops right inside the jailhouse where he had been detained in connection with the drug war.

“I want to melt in shame,” Bato was quoted as saying, as news about Mr. Joo’s case spread like forest fire.

We have a suggestion for Bato: Just enjoy music at home or somewhere he won’t draw attention because he’s a public official at the helm of a violent antidrug campaign that has claimed over 6,000 lives—and counting.

The words he will live by: “No rest for the wicked.”

Going back to the Adams concert, there was a part in the show when Adams told the audience he was looking for a woman who could dance to his next number. After a number of ladies stood up and showed some moves, Adams spotted a slim, fashion-model-type in black halter top and ripped jeans.

As Adams and his band played a hot blues number, the video screen onstage showed the halter-top lady grooving to the music with daring, sexy moves.

The audience loved it. The number over, Adams thanked the “mystery lady dancer” whose name he couldn’t hear.

As it turned out, “she” was a transgender—the mystery lady dancer’s Facebook page showed his name as Kevin Balot, “winner of the 2012 Miss International Queen Pageant.”

The morning after the concert, Balot posted a message from Adams himself: “You did really well at dancing last night! Thanks!”

Before You Exit is a young American pop-rock band; Mendes, an 18-year-old Canadian singer-songwriter; Fifth Harmony, a US all-girl vocal group; and Coldplay, the biggest world-renowned rock band to perform in Manila in recent years.