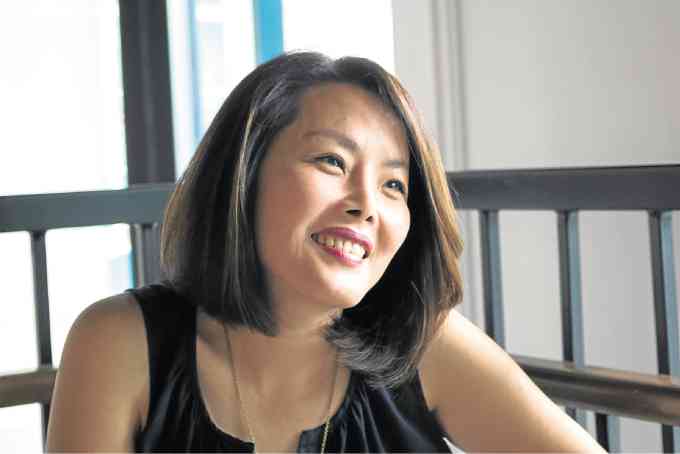 “I’m in the best place now, and where I should be,” says Shirley Maya Tan.

Her eyes seem to light up whenever she mentions the Enchanted Farm in Angat, Bulacan, a Gawad Kalinga community that she and other “social investors” helped grow into a model township, complete with a livelihood enterprise and alternative university for budding social entrepreneurs.

“The farm is my home, my playground, my birthplace,” says the 47-year-old Malaysian writer, blogger and now, community builder. “My home in Kuala Lumpur is the fantasy, the transit lounge.”

Of all her titles, however, Tan seems proudest of one: “Mother of Spartans.”

The “Spartans” are the graduates of Gawad Kalinga’s School for Experiential and Entrepreneurial Development (SEED), a radical approach to education for the underprivileged that aims to transform rural youth into agents for social change. Instead of preparing them to be job seekers, the program makes them social entrepreneurs, creators of wealth, and generators of employment.

“The whole thing is a platform for township development that has three components,” says Tan. “Community, industry and university.  The community is the first to develop, because we have to take care of the people first. The second is industry, because we have to provide sustainability. And the last came two years ago, which is the university.”

Tan has just sponsored and nurtured her first brood of 10 “Spartans” through the course, and hopes to produce many more, since the vision is to replicate the SEED program in other Gawad Kalinga communities throughout the Philippines.

Indeed, the transformation can be striking. The “Spartans” start out as typical rural youth: shy, inarticulate, unsure of themselves. By the end of the course they are ready to take on the world in pursuing their dreams. It’s a testament to what Tan calls “the power of presence.”

“You cannot transform without the power of presence,” she says.

Gawad Kalinga’s social investors give not just financial support, but more importantly of themselves, in most cases living and working with their wards in the same community, as Tan has since 2015 when the program started. And even as they help their wards transform their lives, they find themselves transformed.

“Last year was very meaningful for me because instead of writing about it, I was living it, feeling it, breathing it,” she says.  “I’m not a saint, I’m not philanthropic, I’m not even kind, really. Everything is training of the self. If it benefited others or did something good, that’s a bonus.”

The path that led Tan to the Enchanted Farm is all the more remarkable because of where it began, in one of the most exclusive neighborhoods in Kuala Lumpur where she lived with her family, who are among Malaysia’s top property developers.

“I was your typical spoiled brat,” she recalls. “Everything was laid out for me. I didn’t have to work. My most difficult decisions in my past life were: should I buy a Porsche or a Ferrari? I had no clue how the other half lived.”

Beneath this life of luxury and privilege, however, were undercurrents of discontent. Even when you seemingly have everything, there is always the human longing for something more. This longing brought Tan to the doorstep of Tsem Rinpoche, a Tibetan Buddhist teacher who had established an ashram in Malaysia.

“I think the Chinese saying is true—when the student is ready, the master will appear, and the master could come in all forms, all ways, more than you know.

“I’m thankful to the guru for pointing the way,” she recalls.  “He asked me: don’t you ever wonder if your life could be more? And then I realized: I had everything but I was the poorest person in the world, because all I had was money. I didn’t have anything else.

“It made me very depressed,” she adds. “Everyday I would wake up and it was the same old thing. It was like we were running constantly from one thing to another so as not to face the futility of our lives, the emptiness.”

Fortunately, the guru also left her with some useful advice: he told her she should write. That gave her the impetus to start her blog, “The Art of Fearless Living” (shirleymaya.com).

“I used to be the laziest person in the world, so writing the blog started out as a daily practice just to get me to do something,” she recalls. “It was a personal journal, notes to self. And funny enough, it took on a life of its own.”

The exercise led to being published in the Huffington Post as well as other online publications. But after a while, writing wasn’t enough.

The tipping point came in 2006, when she visited a friend  working in one of Kuala Lumpur’s worst districts, rescuing abused children and trafficked women.

“I finally summoned the curiosity and the courage to visit after donating to it for many years,” she recalls. “I wanted to see what she really does. She had rescued two girls, 7 and 8, who were already sex workers, servicing five  or six men a night. But when I talked to them, they still had this innocence about the world. It was mind-boggling, shocking. When I got home I looked in the mirror, and said ‘Shirley, what the f__ are you doing with your life?”

That moment of clarity showed her the way.

“I wanted to be transformed because I felt I wasn’t going anywhere,” she says. “That was the realization: did I want to die and rot in a beautiful golden cage, or do I risk everything to find the most important thing?”

Since the former was not an option, Tan decided to seek out teachers that could show her the way, just as her Tibetan Buddhist master had. But instinctively, she felt that organized religion didn’t hold the answer.

“I decided that the next step was to look for real, everyday heroes on the ground, teachers who could help me see the world differently,” she recalls.

It was in Singapore where a friend told her that she should look for “this white-haired dude who builds houses for the poor in the Philippines.”

The “white-haired dude” turned out to be Tony Meloto, whose poverty-alleviation program Gawad Kalinga was transforming poor communities throughout the Philippines. It turned out to be the perfect fit.

“I like the Gawad Kalinga model because it’s very real, it changes all the time, and for lack of a better word, it puts you right in the heart of the battlefield. You battle yourself, you face every element outside of you as well as inside of you, and they both reinforce each other. For me, it’s the best place to  enrich my journey, and where I feel the most benefit.”

Tan tells the story in greater detail in her blog post “How the Philippines Taught Me to Love Malaysia.”

Going to the Philippines also resonated with her in another way. Like many wealthy Malaysians, she had grown up with Filipino nannies and maids.

“I was quite abusive and mean but they were always so sweet,” she recalls. “They were always there to tie my shoelaces, feed me breakfast, pick me up from school.  They would even shield me with their own bodies when my father tried to hit me. I bullied them like hell, but they would still love me.

“I guess its karma, and now I’m reversing it,” she continues.  “The most meaningful way for me to pay them back is to adopt Filipino children and give them the opportunities they deserve, so that maybe they won’t have to leave the country. It’s very personal.”

In her blog, Tan writes about two ideas that seem to embody her world view: radical optimism and living fearlessly.  Living and working in the Enchanted Farm allows her to live these ideas.