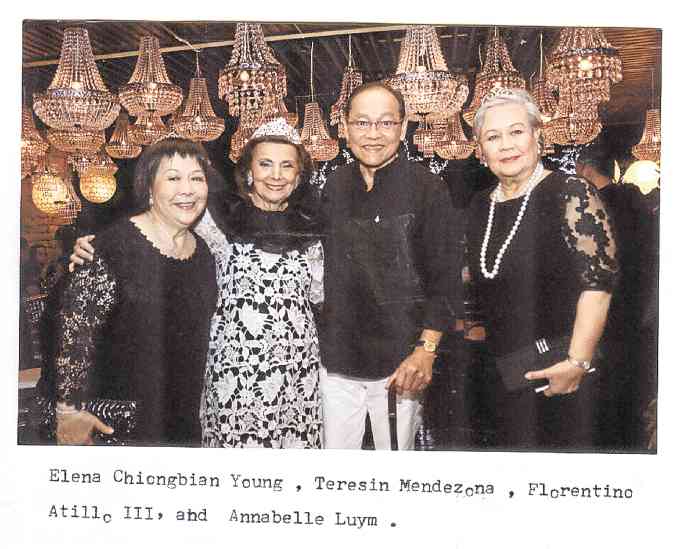 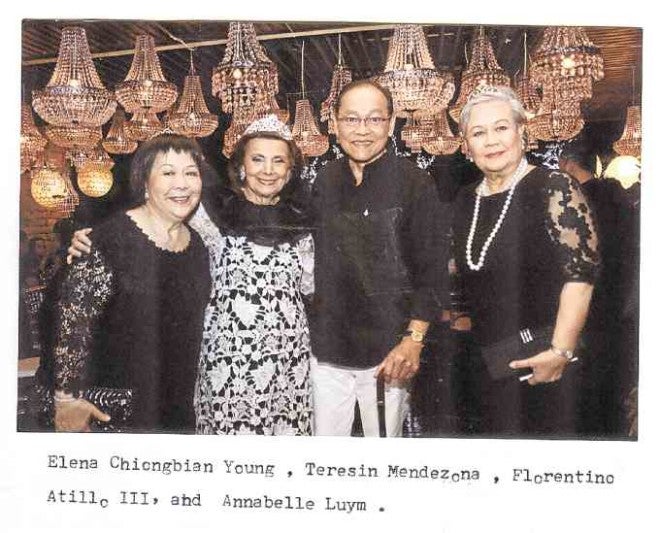 When she celebrated her 90th birthday, the dress code in her invitations stated for ladies, “Tiaras required,” and in parentheses, “No excuses.”

Well, in Cebu, when Teresin Mendezona celebrated her birthday on Dec. 23, it was an excuse for the ladies to wear sparkling tiaras.

The party was held at Teresin’s well-appointed house in Beverly Hills, where the celebrant was radiant beyond words, solicitous to the nth power, and exuding charm (giggly at best) as only she can.

The tiaras were the evening’s main subject and delight. They had been scoured from the most imaginable sources, with Carmen Campbell stating that hers had only cost P70. It photographed as well as that of the Duchess of Paisley (a fictional title found in some of Oscar Wilde’s literary output). 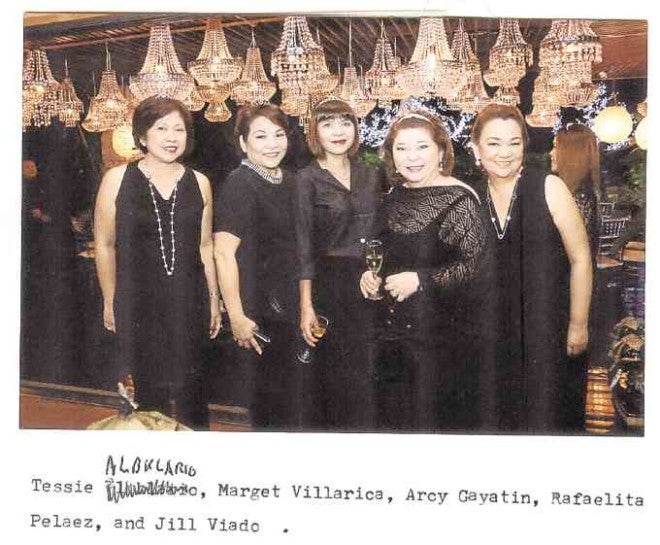 The real thing—diamonds a-twinkle—was worn by Rafaelita Pelaez, who said it had been made by her favorite goldsmith in Cagayan de Oro. She is there most of the time, as president of the Liceo de Cagayan University.

Amparito Lhuillier had a real one, but she opted to wear a feathered fascinator instead. Mariquita Yeung also has the real thing, but she let it rest in her vault. Her diamond brooch was just as dazzling.

The most impressive of all was worn by Teresin, a gift from dear friend and favorite couturier Arcy Gayatin, who had also confected her gown of rich white lace over black satin.

“I wanted a bling-bling party,” Teresin enthused, ”and so I hung as many crystal chandeliers as I could get a hold of, installed with the help of as many strong men as Pink Flora could send over.”

And so the night glittered with the assemblage of crowned heads, all lit up, including the buffet spread of Teresin’s specialties. These ranged from homemade paté to those rate “Tugnos” minuscule baby fish in olive oil.

The best wine flowed at the table of Irma and Florentino Atillo III, where also sat Oche Pelaez, Winglip and Pinky Chang, and Cybill Gayatin Guynn. 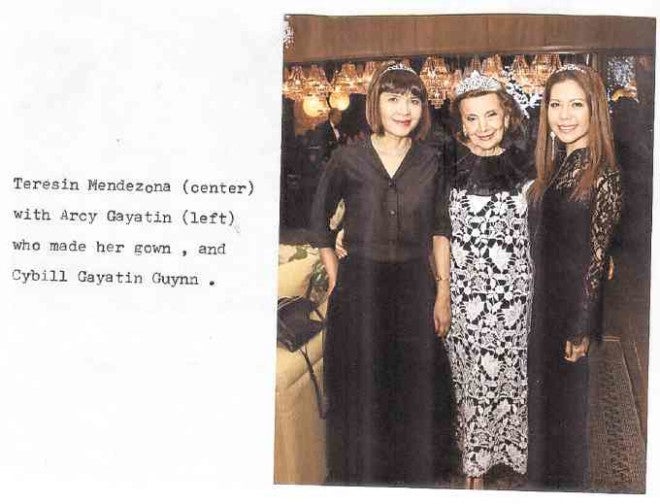 Other mother-and-daughter sets were Elvira Luym and Kaye Sala, Arcy Gayatin and Cybill. Effervescent as ever was Mitos Montilla, who annually flees from the freeze in Cuenca (Spain) for her hometown Cebu.