WILWAYCO AND THE PARADOX OF CHANGE | Inquirer Lifestyle ❮ ❯ 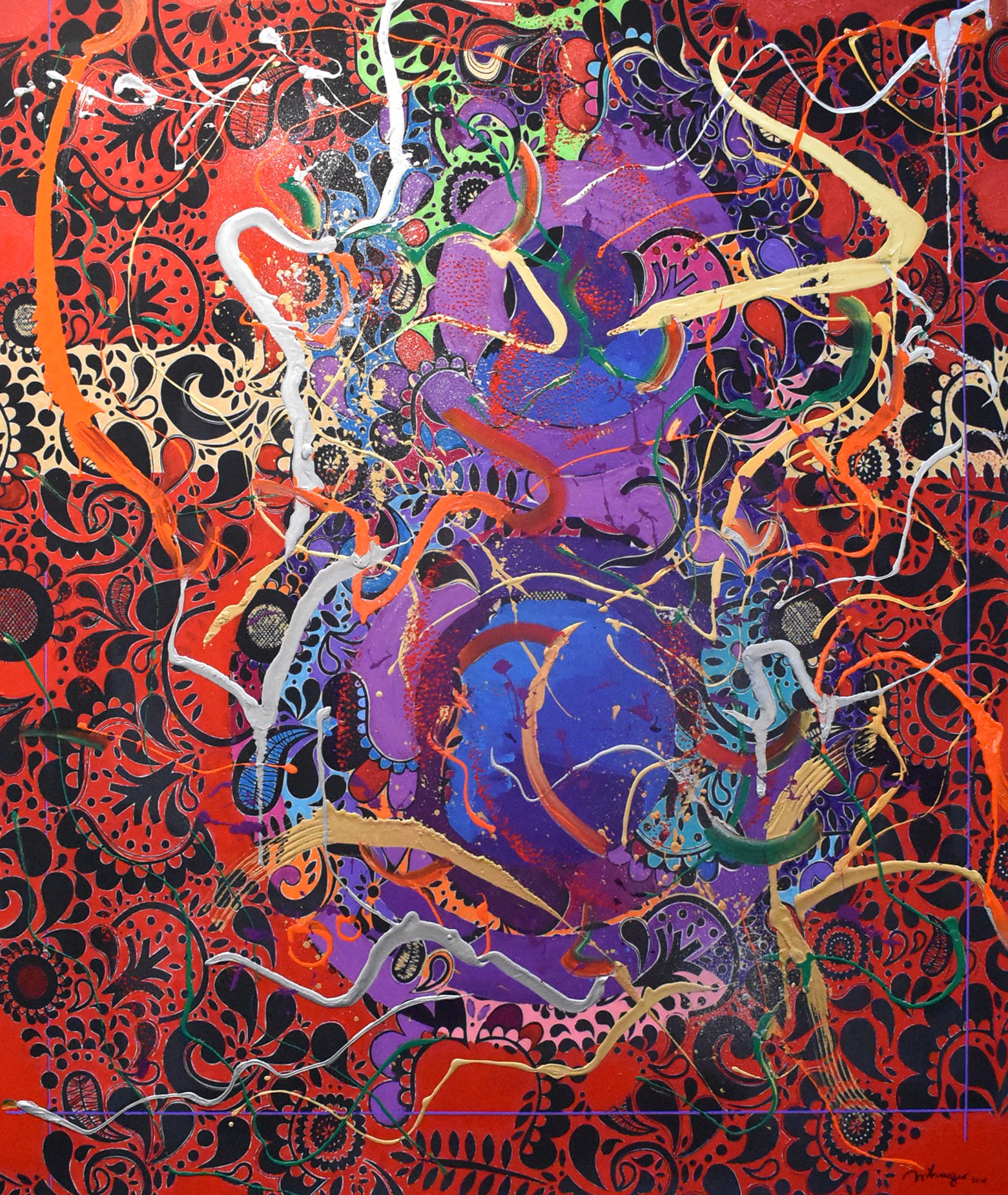 WILWAYCO AND THE PARADOX OF CHANGE

“I have to change in order to stay the same,” said Willem de Kooning, the great American abstractionist of the first generation of the New York School, who has had an early influence on the Filipino abstractionist, Edwin Wilwayco.

The paradoxical remark is a sentiment and a stimulus that much evident in Wilwayco’s two successive shows: Galerie Joaquin’s “Octo Gravitas” and Galerie Stephanie “Luminans.” Both exhibits open Jan. 24 at The Gallery at 8 Rockwell building at Rockwell complex.

“Octo Gravitas” works are clearly derived from their root words (the Latin “octo” for the figure eight, and “gravitas,” for weight, heaviness). Created at the tail end of Wilwayco’s previous “Circles” works, the numeral looking like two circles ringed together—the viewer is treated once more to Wilwayco’s brush-wielding bravura, in what may be termed a “heuristic” technique of picture-making.

Heuristic (again a Greek word, meaning “find or discover”) is “any approach to problem-solving, a learning or discovering that employs a practical method not guaranteed to be optimal or perfect, but sufficient for the immediate goals. Heuristic methods can be used to speed up the process of finding a satisfactory solution.”

Thus, heuristically, Wilwayco did in fact find a method of painting with the help of a “substrate”—a word used by the American critic Josephine Fatima Martins, who has written much about the works Wilwayco has produced while based in Providence, Rhode Island.

The same use of the substrate was made prominent in the “Fractals” series, which propelled the artist to unexpected heights of production. The substrate takes the form of a pre-designed canvas or commercial fabric, submerged in the background but insidiously makes its presence visually, serving as a fulcrum or catalyst.

In the “Octo Gravitas” works, the figure eight is emblazoned via his trademark bristling brushstrokes against the substrate of an ornamental rococo design, a staple familiar to us as wallpaper, endowing the works with an “all-overness” of countenance.

In the “Luminans” works, however, Wilwayco banishes the use of a substrate, and in a surprising volte-face, reverts to his pure thick pigments abstaining from his usual colorful palette to subsist in black, white, and gray marked only with just a nuanced shade of reds or greens.

Though the loss of Wilwayco’s coats of many colors may surprise many of his collectors, Wilwayco makes up for their absence by proving that, even by a self-imposed economy of means, he could make the noncolors resonate with a deeper spirituality through his vigorous and muscular manipulation of his pigments; drawing from their stark contrast a visual force from their raggedly, heavy-handed, almost brutish layering of pigments.

The “Luminans” works feel like an amalgamation of Wilwayco’s previous themes inspired by Nature: “Whispering Winds” “Moving Mountains” and, to a lesser extent, the “Rivercircles.” They are compactly and tautly composed, applied not with the usual flourish but with an accustomed fluency and a keen eye for the subtleties of the retinal behavior of black and white oil pigments when they have been commandeered at the service of their emitted light.

But what must an artist do for an encore?

The challenge to the artist is to ensure that he will not exhaust the easy facility of his painterly gifts, without him recognizing it refusing to be lured to the novelty of what is trendy and fashionable nor succumb to the dictates of newfangled collectors.

Meantime, Wilwayco is determined to remain guided by his own North Star, his personal Polaris, with its navigational value when many are lost on a clear night without a compass. He will continue to change only to stay the same.

Wilwayco’s “Luminans” and “Octo Gravitas” will run Jan. 24-31 at The Gallery of 8 Rockwell, Makati.