WATCH: Pia Wurtzbach gets tribute as 'Queen of the Universe' | Lifestyle.INQ ❮ ❯ 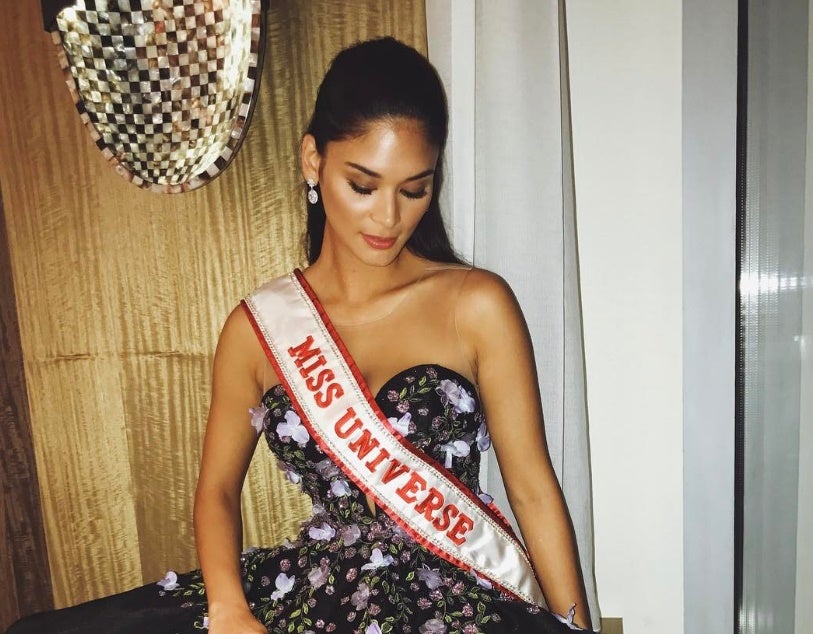 WATCH: Pia Wurtzbach gets tribute as ‘Queen of the Universe’

Days before Miss Universe 2015 Pia Wurtzbach yields her crown, she celebrated one night as queen of the universe.

Pia’s modeling agency Mercator on Sunday night prepared an hour-long musical about her journey as a girl with a dream to become a beauty queen, and as the hopeful who tried the Bb. Pilipinas three times before clinching the most coveted title – the Miss Universe 2015.

Theater actress Polly Cabrera portrayed Pia as the struggling model who first tried out the Bb. Pilipinas in 2013.

It was third time’s the charm for Pia who lost in 2013 and 2014 only to become the country’s representative to the Miss Universe in 2015.

The musical featured key characters in Pia’s life – among them her mom Cheryl Alonzo Tyndall, her trainer Mercato CEO Jonas Gaffud – who all guided her even as they saw her through her worst of times.

The play even tackled Pia’s most embarrassing moments – from the time she ate too much whey protein that she became overweight to a time when she bumped into an angry Jonas Gaffud who scolded her for snubbing him at the Star Magic ball.

The backdrop screened pictures of Pia during her youth – as a girl in “Candy” magazine front covers, to a teenager who was part of the Star Circle batch 11 with artists Bea Alonzo and Pauleen Luna.

“I’m not as beautiful as Pauleen and Bea!” the actress Pia wallowed in pity on stage, to the delight of the audience.

The audience laughed when the screen zoomed in in slow motion to a funny-looking Pia in 2014, when she stood beside MJ Lastimosa who was crowned as the Bb. Pilipinas.

Called on stage after the play, Pia admitted that all the embarrassing moments portrayed on stage were true events.

“Everything that you saw during the play was true. Even the part where I overdrank the whey protein, and I got overweight. It’s true!” Pia said, amid laughter from the audience.

Pia said she hopes her story about her journey to the Miss Universe has inspired aspiring candidates who watched the tribute event held at the Harbor Tent, Sofitel Manila.

“It was a long journey, getting here, winning the crown. Not just fulfilling my childhood dream, but also making the country proud,” Pia said.

“I hope you guys were inspired by my story. I hope that whoever you are… if you have a dream, you hold on to that dream. Because you’ll never know when that dream could come true. Because that’s what I did, and it happened to me,” Pia said.

“And I know that it can also happen to you.”

Pia said that she was proud to have brought the crown to the Philippines in 2015 after a 42-year title drought, and to bring the competition here in the country to mark the end of her year-long reign.

“After 42 years of waiting for that Miss Universe crown, we finally brought it back home. And not only that, we also brought home the competition,” Pia said.

Pia said her story goes beyond the beauty queen pageant – it was about the journey to finally win the most coveted sash and crown.

“There is a story behind the sash.”

On stage, Pia brought about what’s in everybody’s mind. Her controversial win in the Miss Universe was cut from the play – when she was initially made to believe she was only first runner up to Miss Colombia, until host Steve Harvey corrected himself that he wrongly announced Miss Colombia as the winner, before eventually transferring the crown to Pia.

This portion of her story – when she was central to the most controversial Miss Universe in history – was no longer included in the musical, which fast forwarded to Pia being crowned as the queen.

Pia said she may not have had her first walk when she was crowned, but at least she would give her final walk here in her home country when she turns over the crown on Jan. 30.

“I may not have had my first walk as Miss Universe – and I think you all saw that, right?” Pia said, rousing laughter from the crowd.

“But at least I would have the best final walk – in my home country,” she said.

“In about a week from now, I’d be passing on the crown to a new winner – and I’m happy.”