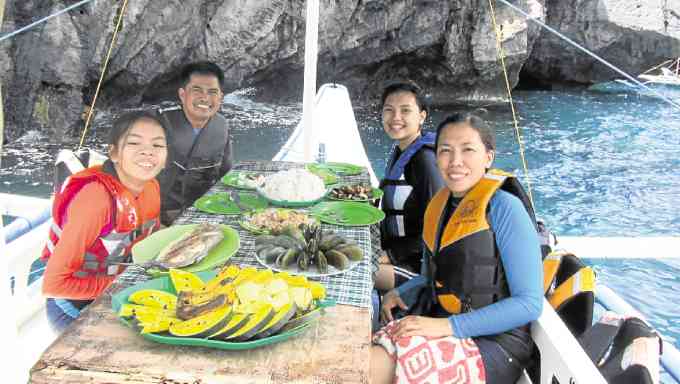 Parents of autistic children: ‘Hope is the air we breathe’

“Drowning. That was how I felt many years ago, the first time I heard the word ‘autism.’ I sat in the doctor’s office, gripping my husband’s hands so tightly I left nail marks embedded in them. I nodded deliberately in acquiescence as the understanding that our son will always be different dawned slowly on me. I gasped for breath, choking back the tears that would not stop falling.”—Jennifer O. Cuaycong, “Hope Floats”

The above quote is from one of nine stories of families coping with autism featured in the book “Growing up with Autism: Journeys of Love, Devotion and Hope—Mothers and Fathers Speak,” published by the Association for Adults with Autism Philippines (AAAP).

Indeed it is a continuing journey of unconditional love, utmost devotion and hope. The telling is honest and brave.

The introduction by editor Lirio Sobreviñas-Covey gives the reader an idea of what Autism Spectrum Disorder (ASD) is: a lifelong condition, with “a diversity of manifestations characterized by two core symptoms: a) difficulties and peculiarities in social interaction and communication, and b) stereotypical, restricted, and repetitive behaviors.”

Clinical psychologist Dr. Lourdes Carandang says in the book’s foreword: “As we join each family in their unique journey, the book educates us about ASD effortlessly. What a wonderful way to learn about ASD and how families live well with it.”

The book contains stories of seven boys, aged 8 to 33 (two in their 20s and three in their teens), and of two girls aged 16 and 22 at the time of writing. According to the Autism Society of the Philippines (ASP), as of 2011, there are more than 1,000 Filipino children with autism.

The first story, “Living with Autism,” by Sobreviñas-Covey about her son Mikey, was first published in Inquirer on June 25, 2011. That story, which got more than 50 responses, led to a start-up membership meeting of AAAP, which she founded as its current president.

The book’s contributors are mostly active leaders in the autism community. Melanie Garcia Sabino is a founder of the Negros Alliance of Parents and Professionals for Autism Inc. in Bacolod.

Josephine Palomares co-founded the Diliman chapter of the ASP and is its current president. She also serves as chair of the Kaakibat ng ASP, a multi-purpose cooperative and liaison officer, and pioneer parent of AAAP.

Evert Malapad served as president of the Metro-South Chapter of ASP in 2010 and is current trustee of the ASP National Office. Ma. Solinda Bautista is director of Autism Hearts Philippines and member of ASP and AAAP. Christine Siruelo is a pioneer parent of AAAP and is corporate secretary of the board.

Other contributors are Erick Villacorte, Jennifer Cuaycong and Grant Javier.

Every story is unique, as each parent traces the impact of finding out their child’s condition.

Erick Villacorte, a solo father, writes in “Solo” about trying to cope with his teenage daughter’s biological needs, realizing how his wife must have been overwhelmed by caring for their child Meg, such that she gave up and left them after 13 years. But he plods on despite his daughter’s occasional bouts of violent behavior.

Other couples became closer as the whole family focused on the child with autism.

Evert Malapad recounts in “New Directions” how he made the difficult decision to quit his job abroad and assume the responsibility of implementing a home program for his daughter Mae-Mae, now 22. He also gave up his dream of owning an automotive shop.

But it led him to a new direction; he obtained a master’s degree in Special Education. Malapad shares his experience as a home program teacher, and is part of a trainers’ pool helping families implement programs for their own children with special needs.

Autism has definitely changed the directions of these families. Two moms, Sabino and Palomares, are also now taking master’s courses in special education.

Inspired by her son Kevin, Bautista, a piano major, is taking courses toward an MA in Music Therapy. Husband Dennis plays several instruments, her other son Jaron plays the violin, daughter Jinka, drums, and Kevin, keyboards.

Grant and Marie Gay Javier are missionaries. In “Stumbling Blocks or Stepping Stones,” they write about wrestling with their “Why, Lord?”—until a retreat master suggested: “Perhaps you are asking the wrong question. Instead, ask ‘What, Lord?’”

Their son Pablo, 8, has broadened their mission, which now includes Persons with Disabilities (PWDs). This discernment led Grant to a new career path: “Project Inclusion,” the PWD-centric job portal www.daretohiremenow.com.

To date, Project Inclusion, under Unilab Foundation, has produced a book and a human resources manual, and placed 30 PWDs in different employment settings and over 100 in the training pool. The project has also developed the first and only job coaching curriculum for PWDs for volunteer job coaches.

Despite limitations, there are unexpected blessings and joys. Two of the boys have natural musicality—Macky Palomares, 17, who plays the piano, and Kevin, 22, who also has a photographic memory that allows him to memorize maps like a human GPS!

Ralph Siruelo, 15, can do household chores like making the bed and setting the table, and is training in computer transcription. Mikey likes to do clerical work.

“The relevant reality is that autistic children grow up. Autism families, too, grow older, with the autistic individual being the center of the family’s attention, impacting decisions and changes in families’ lifestyles, residential location, and careers,” says Sobreviñas-Covey in her introduction.

“Growing up with Autism” contains stories of families who, despite difficulties in raising a child with autism, continue to hope for that “special place” where adults with autism can thrive and function. Every parent wants to make sure their children, especially those with disabilities, will be provided for and can live on their own in a safe environment.

Future plans for the Coveys include retirement in the Philippines: “As our working life in the US comes to a close, and still feeling strong and productive, we wish to give back with our learned skills to the Philippines, and to also enjoy the richness of family life and the pleasures of long time friendships.”

Sobreviñas-Covey laments that autistic adults aged 21 and above, who comprise the greater segment of the autism population, have been invisible and disadvantaged in receiving therapeutic attention and services.

She envisions A Special Place—where Filipino adults with autism can stay, similar to the group home in New York, where her son Mikey, now 37, has been staying for the last 10 years. He lives with five other adult men, all of them with autistic disorder ranging from mild to severe. They receive 24/7 supervision.

Each one attends a work program from Monday to Friday. And on weekends, they go to movies, eat in restaurants and spend time with their families. Sometimes they socialize with other group home residences at dances and parties.

“This lifestyle for adults with autism, even those with moderate to profound impairments, is happening in many residences across the world. It does not yet exist in the Philippines. And this is the dream of A Special Place,” Sobrevinas-Covey says in an update.

“A site has been selected and procured in Alfonso, Cavite, fundraising is ongoing to support building and the various programs and projects. It will be more than a residence; it will be a village where autistic persons, and if they desire, members of their families can reside, continue to pursue their personal growth, and face the future caring for each other.”

Sobreviñas-Covey hopes the voices in this book reach other autism families and generate support from the general public “on the optimal ways of responding to the complexity of the human condition.”

“Indeed, life with our son, 21, has been extremely challenging, to say nothing short of exhausting, full of missteps and mishaps along the way,” writes Cuaycong. Yet, “hope is the air we breathe; it is the only thing that keeps our heads afloat when we feel like drowning.”