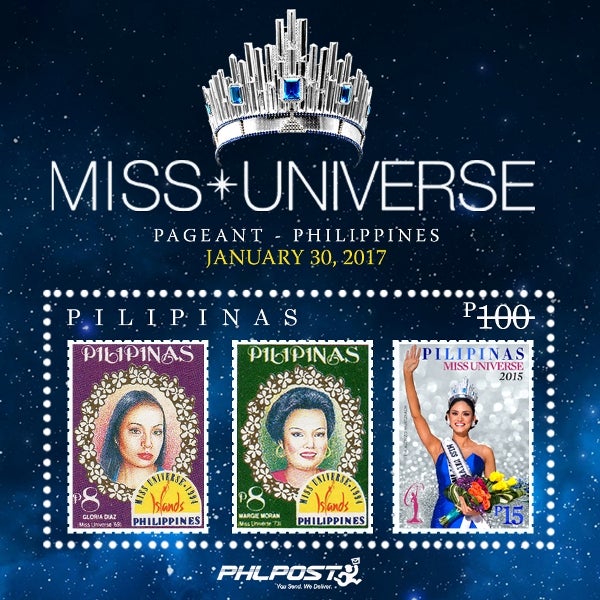 The designs featured the faces of Miss Universe 1969 Gloria Diaz and Miss Universe 1973 Maragarita Moran, which were both first released in 1994 when Manila also played as the pageant’s host, and that of outgoing Miss Universe Pia Alonzo Wurtzbach, which was released last year after her victory.

PHLPost said the stamps of Diaz, Moran, and Wurtzbach can be bought individually for P12, P17, and P55, respectively.

LOOK: Glittered Pia Wurtzbach stamps to be released in April

The stamps can be availed at the Central Post Office in Manila and all area post offices nationwide starting Jan. 25.

Wurtzbach is set to pass on her crown during the 65th Miss Universe coronation event on Jan. 30 at the Mall of Asia Arena, with the Philippines’ bet Maxine Medina vying for a back-to-back win for the country. YG/IDL