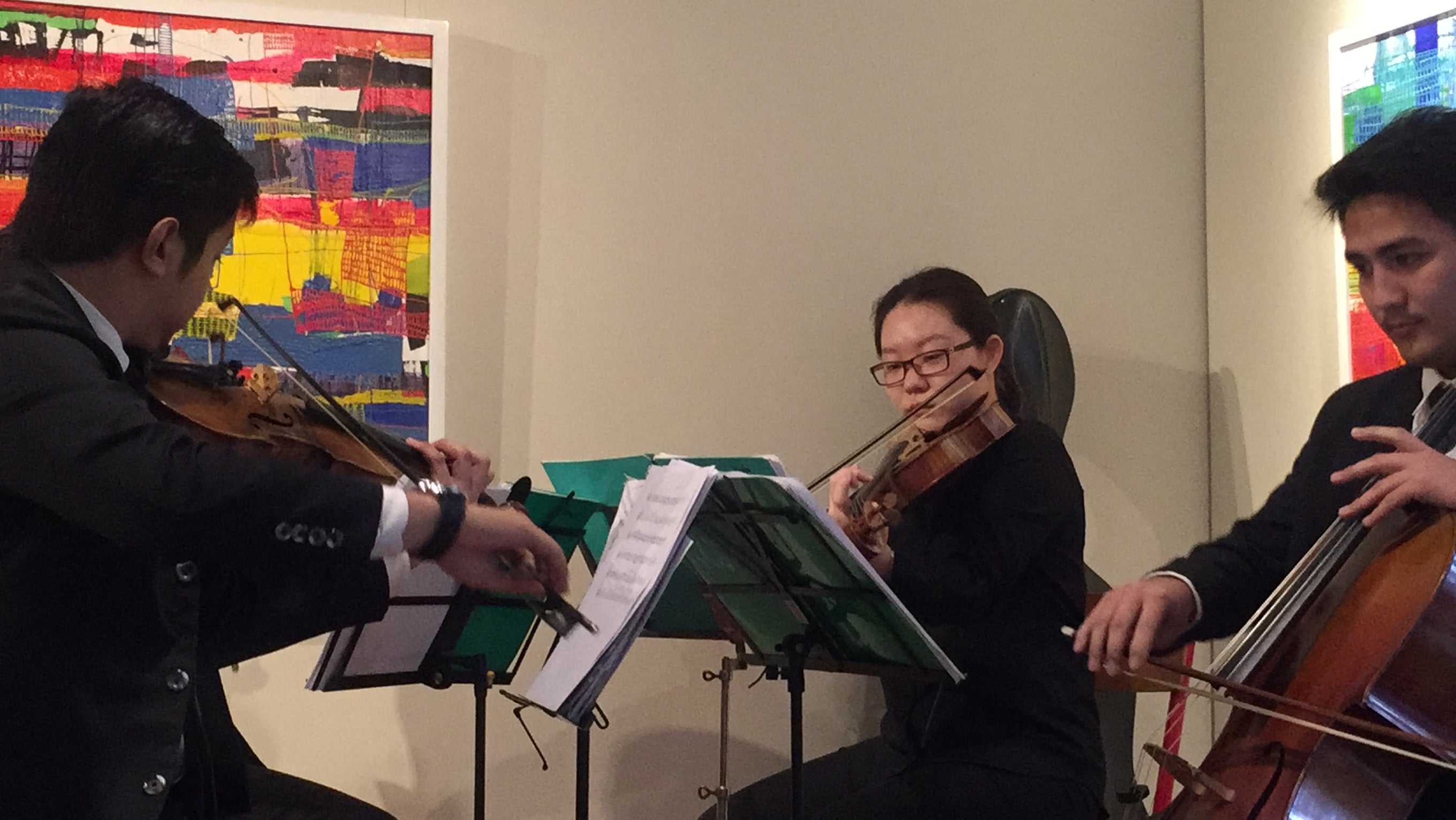 Food, fashion, film and more: Things to do at year-long French festival in PH

It is undoubtedly the largest celebration of French culture and achievement hosted by the Embassy of France in the Philippines.

Ambassador Thierry Mathou said the absence of a French festival was one of the things he noticed when he first came to the Philippines last year.

“It had to be big,” he said of the newly launched festival, which marks the 70th year of bilateral relations between France and the Philippines. “We want to be more ambitious.”

The year-long festival was conceptualized to celebrate the past and to look into the future, said Mathou after the launch, which featured food, wine and entertainment.

“The idea of this festival is also to reach out to the public, to the civil society to tell them that you are also part of the cooperation of PhilFrance in the Philippines,” Mathou explained in his speech.

In between speeches and presentations, the Philippine Philharmonic Orchestra and France Got Talent finalist Katchry Jewel Golbin (also known as Alienette) serenaded the crowd.

Mathou told INQUIRER.net that they wanted the festival to not only be about arts and culture but also technology and the French way of living.

This is why the festival is divided into 5 clusters: arts and culture, way of living, youth and knowledge, technology and entrepreneurship, and values.

Foreign Affairs Assistant Secretary Maria Cleofe Natividad said the relations of the two countries are “multi-faceted” with many signed agreements on various issues such as higher education, environment, agriculture and defense.

“It’s a very good relation,” Mathou said. “France is very far away from the Philippines. We don’t have a common history but through the years we have been able to develop good relations.”

The ambassador said that the year-long festival will feature several big events.

Below are some of the highlights of the festival this year.

February 16-22 – The International Bamboo Organ Festival, to be held at the St. Joseph Parish Church in Las Piñas City, will feature French artist Lambert Colson. Colson is one of the very few players of the cornetto, a wind instrument that dates back to the medieval and renaissance periods.

June – This year’s Fete de la Musique, an annual music festival that started in France, will have Filipino and French musicians collaborate and perform in different locations in the country.

The famous French Film Festival will also start in June, coinciding with the 70th Cannes Film Festival. Among the films to be screened are selections from Cannes and restored classics.

June 22 – Yves Zoberman, the embassy’s cultural affairs counselor, said it is very rare to have French pianists in the Philippines. That is why they will bring internationally renowned pianist Francois Chaplin. He will be performing with the Philippine Philharmonic Orchestra in a concert featuring works of Maurice Ravel and Claude Debussy.

Second half of 2017 – French photojournalist Christophe Loviny will be launching the Manila French Photo Festival, which involves workshops and screenings.

February 13-17 – The French-Philippine Fashion Week’s highlight this year is a fashion show by designer Clivia Nobili, in collaboration with Filipino designers. Zoberman said the shows, which will be held at St. Benilde and SM Aura, will feature original pieces from top fashion designers.

September 22-24 – Bon Appetit, a food market jointly organized by the Department for Agriculture, is perfect for those looking for fresh produce or French and Filipino fine cuisine.

July – Tour de Manille, inspired by and coinciding with the popular Tour de France, is expected to attract both professional and amateur cyclists in Manila.

November 2017 – Soiree Beaujolais will be the “biggest wine and cheese party” in the country, according to Macalintal. It is a networking night for French businessmen and their Filipino partners.

March 18-16 – Francophonie Week aims to promote the French language. Concerts, contests and novel readings will be held in various schools and universities in the country.

PhilFrance Scholarships will be given to students as part of a student exchange program. Macalintal, who studied in France, said Filipinos will benefit from the excellent French education system. The scholarship covers tuition, living expenses, healthcare and other costs.

Environment and climate change advocates and other curious souls may want to watch out for the arrival of French oceanographic schooner TARA. It has been used by the TARA Expeditions Foundation to conduct marine expeditions to understand the effect of climate change on the ocean. Those interested may board the vessel when it visits the Philippines.

Other events on technology, entrepreneurship and values are listed on the embassy’s website http://www.ambafrance-ph.org/