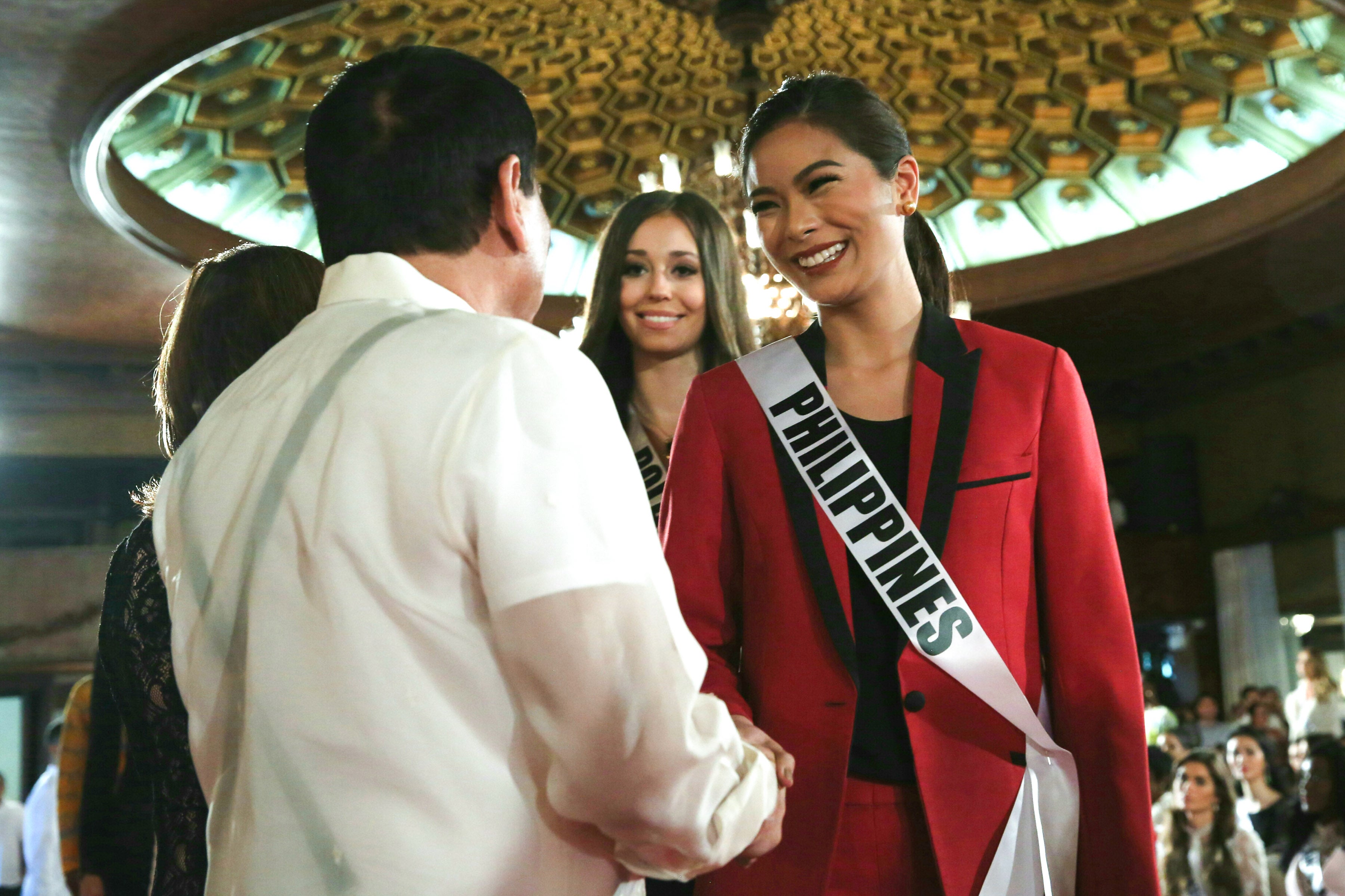 President Rodrigo Roa Duterte extends his best wishes to Miss Universe Philippines Maxine Medina as they shake hands during the courtesy call of the 65th Miss Universe candidates at the Rizal Hall in Malacañan Palace on January 23, 2017. RICHARD MADELO/Presidential Photo

Pageant fans can now help Miss Philippines Maxine Medina, or any other candidate, secure a spot in the Top 12 with just one click.

The online voting for the Miss Universe pageant now allows fans across the world to cast their vote ten times per day using any of the four voting options until January 28 or two days before the coronation. The voting window was opened on Jan. 24 (10:30 a.m. ET).

According to the Miss Universe Organization (MUO), fans can vote for their favorite candidate on the official Miss U App, on the website vote.missuniverse.com, on Twitter by using #MissUniverse and the country specific hashtag found on the voting site or by downloading the new mobile messaging app, Vodi.

Fans can also play virtual judge on the day of the pageant during the telecast. Viewers will have up to 10 votes to distribute among the semi-finalists for each round of the competition, ultimately helping choose the winner of Miss Universe.

For this year, the pageant’s format has also been modified with the selection of Top 12 semi-finalists in the preliminary competition instead of the usual Top 15. The semi-finalists will then be trimmed to nine, from which the Top 6 and later the Top 3 will be selected.

The new format allows fans and viewers to learn more about each of the contestant’s accomplishments, interests and objectives as Miss Universe, according to the MUO.

The organization also encouraged fans to visit http://missuniverse.com for the official rules and for other information on the online voting. CBB