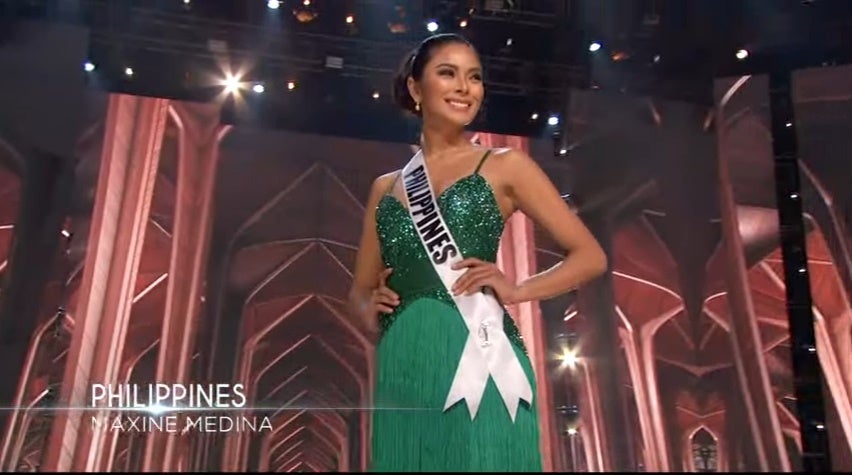 Maxine Medina, the Philippines’ bet to the Miss Universe pageant, was a dazzling sight in the emerald green Rhett Eala number she wore for the evening gown portion of the preliminary competition, which was held on Thursday night at the SM Arena of the Mall of Asia.

As she did in her swimsuit, she also drew among the loudest cheers from avid Filipino fans as she sashayed on stage.

Spotted in the audience was Miss Universe 1991 Lupita Jones. Medina has been hounded with questions over her communication skills in English, raising the possibility of her using an interpreter.

But she said she would be open to using Filipino during the question-and-answer portion on coronation night. /ATM