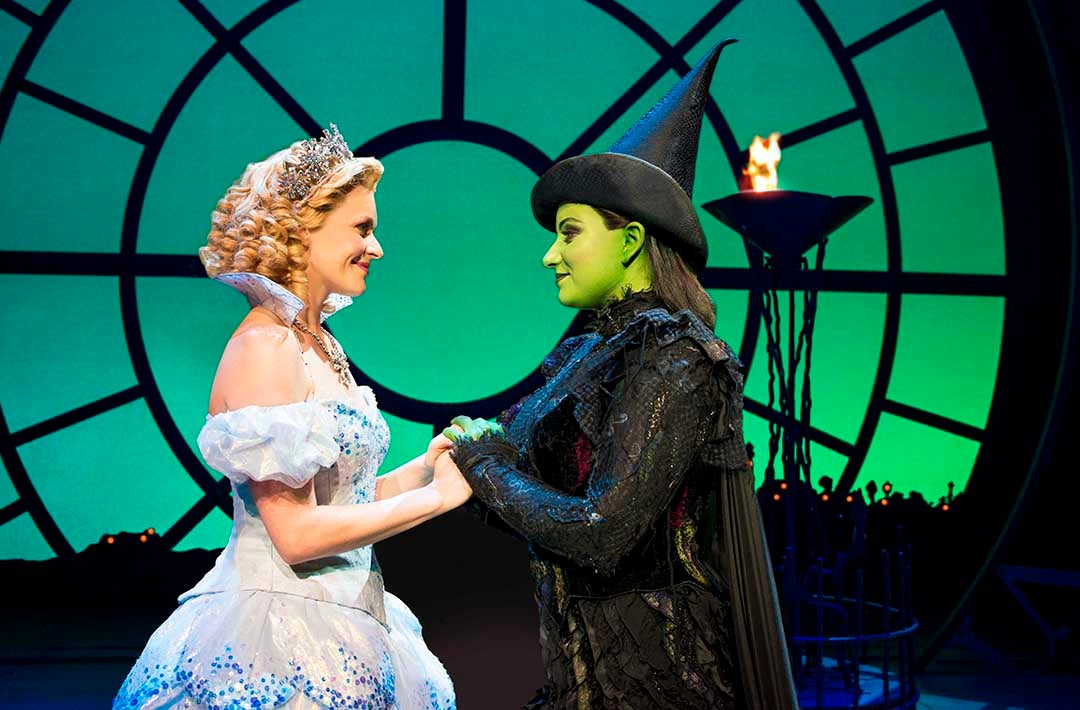 “Wicked,” running Feb. 2-March 12 at The Theatre in Solaire, is headlined by Jacqueline Hughes as Elphaba and Carly Anderson as Glinda. —PHOTO FROM CONCERTUS MANILA

Something ‘Wicked’ this way comes again

“Wicked,” the legendary Broadway and West End musical, will weave its spell in Manila for the second time starting Feb. 2 at The Theatre in  Solaire.

This time, a predominantly British cast will perform the roles of Elphaba, Glinda, Fiyero and the other fascinating characters the musical has reimagined from their original roots in L. Frank Baum’s classic, “The Wonderful Wizard of Oz.” This same touring company played to packed crowds in England, Ireland and Singapore in 2016.

Lunchbox Theatrical Productions and Concertus Manila are bringing back the musical, after only three years, for two reasons: The new ensemble has a West End run, and there’s a rare window of opportunity to do the restaging while the rights are still available.

“‘Wicked’ played to over 100,000 people in Manila. The audiences here showed their love every night with full-house standing ovations. Over 500 people appeared at the stage door to serenade the company after their last performance.”

That enthusiasm goaded him to bring back the musical, he says, while it was still possible.

“International touring productions of ‘Wicked’ are as scarce as hen’s teeth. When one becomes available, we grab it as quickly as possible, as it is unlikely that there will be another production for the 10  years. So it really is a case of [doing it] now or missing out.”

What might raise the bar in this production is the assembly of actors, artists, designers and other creative people who have nurtured and grown their craft in London. The West End, after all, remains the world capital of theater along with Broadway.

“Over 3,000 actors auditioned for the international touring production, representing 30 percent of all actors registered in the industry website in the UK,” says Cundall. “We can confidently say that this is one of the best casts of ‘Wicked’ ever assembled… The UK company raises the bar even higher.”

Jacqueline Hughes, who plays the misunderstood but talented misfit Elphaba, has played the part in the British and Irish tours.
In the Singapore premiere, she played Elphaba with a feisty mixture of passion and icy detachment. She’s a graduate of the Guildford School of Acting, her other theater credentials being “Mary Poppins” and “Cinderella.”

Carly Anderson’s Glinda, as played in the Lion City, sublimated smartness and sensitivity to her spoiled princess façade. Anderson also starred in the London premiere of “Xanadu” and played opposite Glenn Close in “Sunset Boulevard” at the London Coliseum.  She received her training at The Dance School of Scotland and Arts Educational Schools, London.

Bradley Jaden, the prince caught between the two ladies, showed an edgy defiance as Fiyero opposite Hughes and Anderson at the Marina Bay Sands’ Mastercard Theater. He recently appeared as the fiery student Enjolras in “Les Miserables,” also at the West End.

The success of international touring productions has led to a firm line-up of other proven musical theater shows that Lunchbox and Concertus will stage in Manila this year. “West Side Story” with a Broadway cast will open in August; “It has one of the largest orchestras being used in a musical anywhere in the world,” says Cundall.

Next is “The Sound of Music” in October, again to be topbilled by West End performers. Young Filipino artists who dream of breaking into UK theater may yet get their chance, as the producers will hold Manila auditions for the roles of Captain Von Trapp’s  children.

The other musical theater productions to tour Manila in the next few years include “Evita,” “The Bodyguard” and the UK National Theater production of “War Horse.” —CONTRIBUTED