‘Vanya and Sonia and Masha and Spike’ is a winsome foursome | Lifestyle.INQ ❮ ❯ 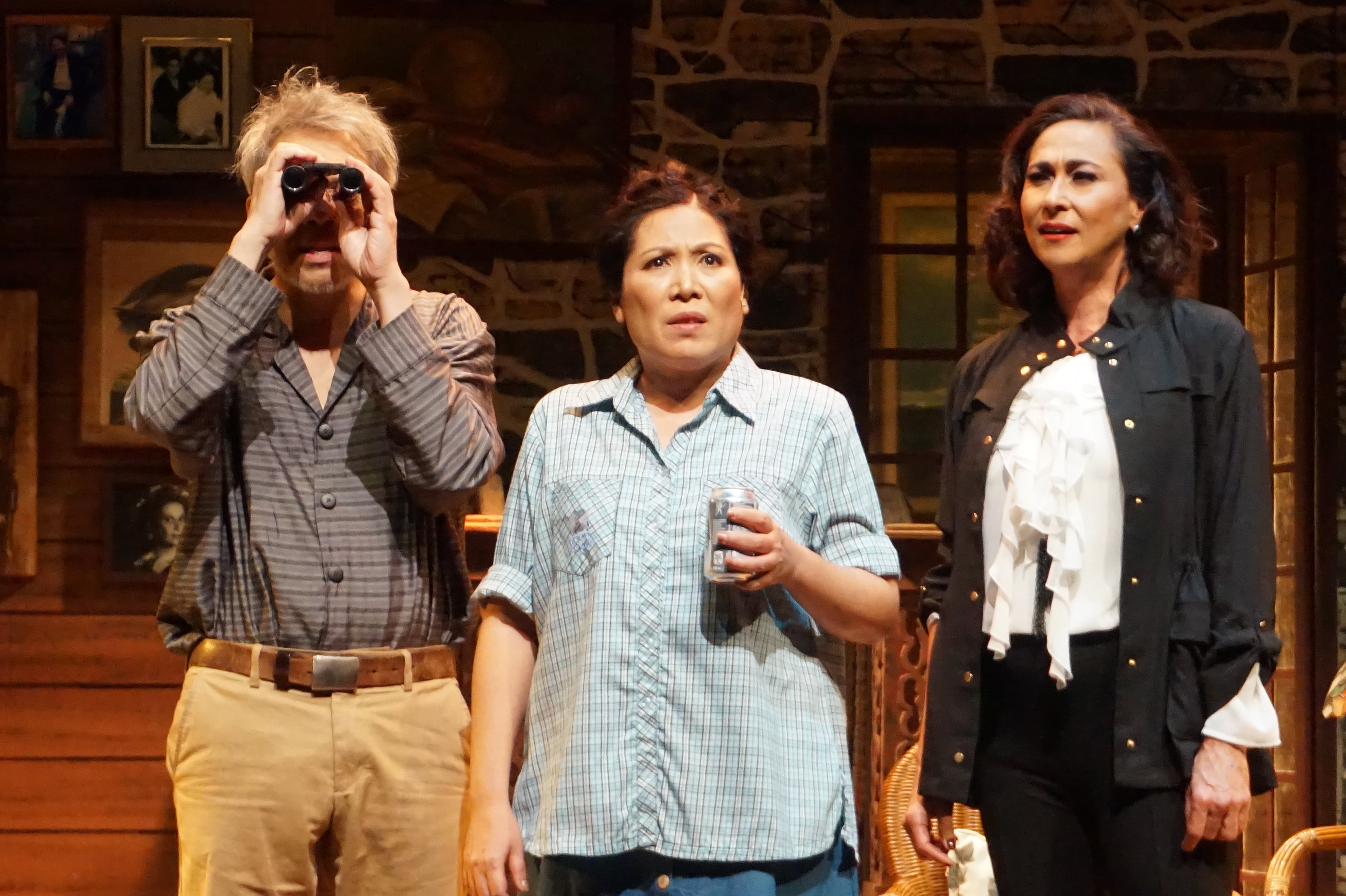 ‘Vanya and Sonia and Masha and Spike’ is a winsome foursome

A working knowledge of Anton Chekhov’s oeuvre is not a prerequisite for having a ball at Christopher Durang’s “Vanya and Sonia and Masha and Spike,” which opens Repertory Philippines’ 50th anniversary.

Theatergoers who know their stuff may have the added benefit of getting the references to “Uncle Vanya” or “The Cherry Orchard” or “The Seagull,” but Durang’s transposition alone of some of Chekhov’s best-known characters into 21st-century America proves to be sufficient comedic fodder.

The siblings Vanya and Sonia are now middle-aged, jobless and have spent their whole lives in the family home sustained financially by their Hollywood-elite sister Masha. When Masha arrives one weekend with her latest boy toy Spike, old wounds are reopened alongside new ones, and insecurities reexamined.

The play’s very DNA is obviously the domestic drama: the absurd and the real meeting in a house in the country (a setup itself very Chekhovian). But in its best moments, “Vanya and Sonia…” plays out like a writer’s dare gone nuts, a small joke that’s allowed to go on and on and expand and soar to hysterical heights.

In on the joke

And, anyway, the characters themselves make darn sure everyone in the audience is always in on the joke. Many times, though, this self-conscious loquaciousness only undermines the play’s status as a winner of the Tony Award for Best Play.

When Vanya, for example, points out that Sonia’s attraction to him “comes from our living together, [because] there’s no one else in the house ever since mother and father died…,” one is made aware of an ungraceful quality haunting the expository parts of the writing.

It speaks much of a production’s virtues, then, when even the speechifying parts become less annoying and more, well, funny. This Rep staging, which unfolds on Miguel Faustmann’s ornately designed sitting-room set (with convincing rustic exteriors), strikes a fine balance between pathos and all-stops-out comedy.

More than anything, it’s the casting that does wonders to this production.

Everybody fits his or her role to a tee: Cherie Gil, who effortlessly supplies a surplus of glamour to Masha while capturing her fame- and age-driven anxieties; Michael Williams as Vanya, always vaguely aware of the things he could have but have not done; even Natalie Everett as the maid Cassandra, who, like her mythological namesake, has the tendency to spout seemingly nonsensical prophecies.

But in terms of bringing something new to the table, this show belongs to Roselyn Perez, who lands punch line after punch line as the self-pitying Sonia while still giving us a woman who is more than just her frustrations or inferior self-image; and Joaquin Valdes, clearly having a delightful time playing Spike as an all-abs-and-pecs male bimbo.

Directed by Bart Guingona, this production unfolds like a series of gag pieces that aim to elicit not so much  sustained guffaws as bursts of laughter. It knows when to hold back, and when to give its all.

And when Maggie Smith and Snow White finally enter the mix (in ways that must be seen to be understood), it’s the absurd and the real becoming one, and you stop thinking of the hows and whys. You simply surrender to the charm and skill of this terrific ensemble and proceed to have a ball at the theater. —CONTRIBUTED