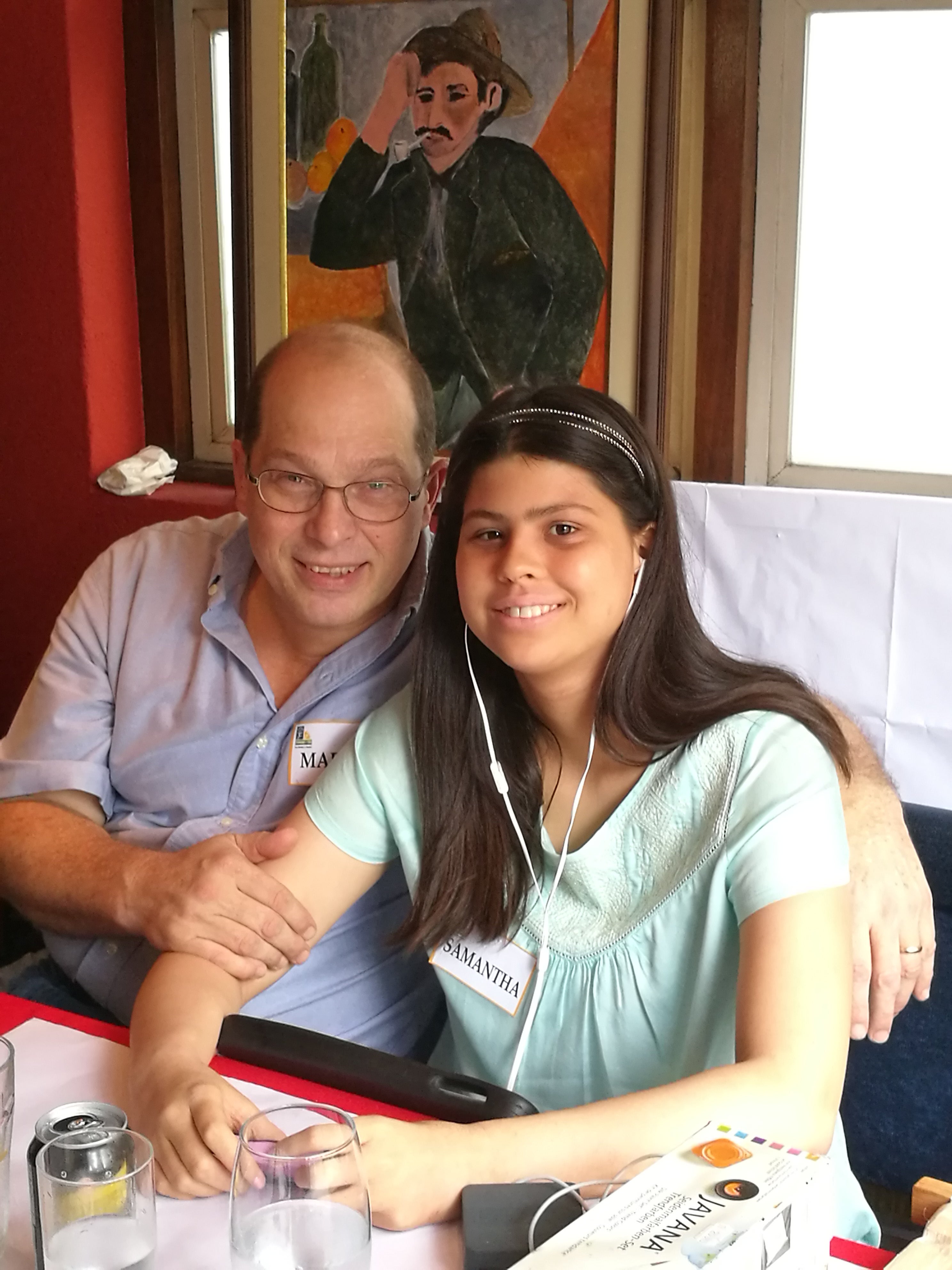 Samantha Kaspar with her dad Martin

Samantha Kaspar, a young Filipino-Swiss visual artist, held an auction of her works in a solo exhibit on Saturday, Jan. 28 at the RCBC Plaza in Makati.

The exhibit preceded a benefit concert featuring the Manila Symphony Orchestra also at the RCBC Plaza.

The back-to-back events, organized by the Center for Possibilities Foundation (CPF), aimed to raise funds for Kaspar, who will join the Fashion Arts Autism Benefit (FAAB) to be held April 7 at the Philippine Center in New York.

Kaspar, 19, is part of an entourage of eight special artists from the Philippines chosen to participate in FAAB. Their paintings on piña silk will comprise the clothing collection designed by Patis Tesoro and Anthony Legarda to be unveiled at the fashion show.

FAAB, a project of Autism Hearts Philippines, showcases the artistic talents of children with special needs.

Kaspar was diagnosed with autism when she was barely 2 years old. But she also began to show an interest in art, which her parents, Martin and Mitzi Kaspar, encouraged by fully supporting her needs.

Auctioned at the exhibit were some 40 of her artworks, consisting of paintings on acrylic, and shawls.

Some of the artworks were seen during a press conference held recently to introduce Kaspar to the media.

Presiding over the press con was FCP founder Dolores Cheng, whose son Andreas is also special, having been diagnosed with “global development delay” at age 3.

“At the time, I wanted to understand what it meant to raise a child with special needs,” said Cheng. “There were no support groups for Andreas’ type of disability.” She formed FCP to provide a support system to parents of children with special needs.

While the art auction’s proceeds will fund Kaspar’s trip to New York to participate in FAAB, the concert’s beneficiaries are the Sagada and Norzagaray Special Education (Sped) Centers, which FCP operates.