Which K-drama is for you? | Inquirer Lifestyle ❮ ❯ 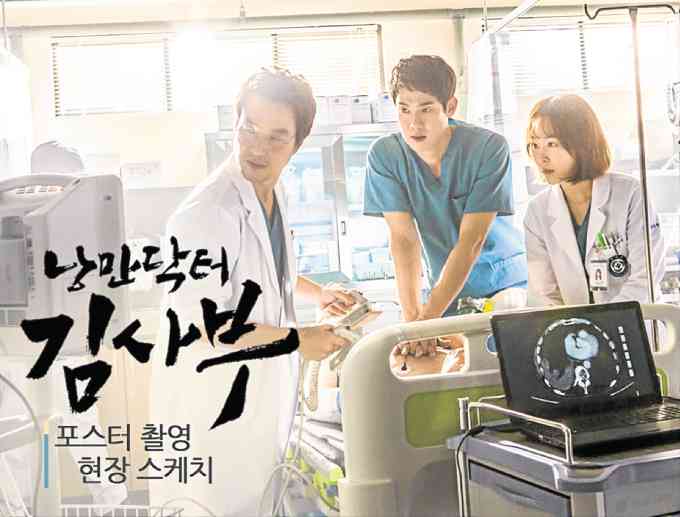 Which K-drama is for you?

There is more to Korean television shows, or K-dramas, than romance.

Unlike our local channels full of mostly romantic teleserye, K-dramas have ventured into different genres—from action thrillers to police procedurals to medical dramas.

Yes, Korean TV networks and audience love their love stories. Practically every scripted series in recent memory has some romantic element in it. This kind of escapism, after all, is not limited to us. (We Filipinos sure do love our love teams: #JaDineForLife)

Love stories abound in K-dramas, but TV networks are now more experimental in the stories they tell on the small screen. They’re not afraid to take risks, having even taken their cues from American entertainment. (Korean version of “The Good Wife,” anyone?)

It’s not a total leap to say that K-dramas can rival its Western counterparts. In fact, I’m pretty sure that not a few can and do surpass some US series by miles. And because most K-dramas are 16 to 24 episodes, binge-watching is no great trial to anyone wanting to journey into the center of the Hallyu universe.

Here are Super’s must-see K-dramas that go beyond the romance genre.

“Dr. Romantic,” which ended just this month, tells the story of a cantankerous genius chief of surgery and his motley crew of nurses and doctors who are trying to save lives despite the challenges they encounter in their underequipped provincial hospital. The show tackles a whole gamut of patient cases as well as different issues in the medical field—from corruption in the hospital administration to ethics.

This show is full of complex characters and has a thrilling “case of the episode” setup. Prepare yourself for complex personal story lines, gallons of blood and tons of medical jargon. Don’t worry, though, like most K-dramas, there’s still a touch of romance—if the first episode is any indication.

If adrenaline-pumping suspense is more to your taste, check out “The K2,” about a disgraced soldier for hire who finds himself in the middle of a political war between an ambitious and power-hungry woman and her husband’s political rival, the head of the government’s ruling party.

Full of conspiracies, subterfuge and underhanded maneuverings, this series is fast-paced and action-packed. It has one of the most compelling antagonists in K-drama history, played to perfection by 43-year-old actress Song Yoon-ah. I’m reluctant to call her a villain since the character—a mix of vicious yet vulnerable and magnetic yet positively hateful—was the true star of the show.

“‘Frankenstein’ meets ‘Ruby Sparks’” doesn’t really do justice in describing “W.” Out of all the series I mentioned, this might be the most difficult to compare to a US show or film. It’s also the most romance-driven of the three, but that doesn’t make it any less brilliant, innovative and original.

“W” explores the possibility of a creation rebelling against its creator—kind of biblical, now that I think about it. It tells the story of a fictional character in a “webtoon” (online comics) who has become sentient—able to think, act and feel—and defies the intended story written by the artist-writer who made him. This genre-defying series is a thrilling ride with twists and turns, cliffhangers, sweet moments and a laugh or two.

These are but a taste of what Hallyu entertainment can offer, and K-dramas can be very addictive. You won’t be able to stop watching—not with one episode and certainly not with just one series.

All K-dramas mentioned are available for free streaming on the Viu app and website www.viu.com.