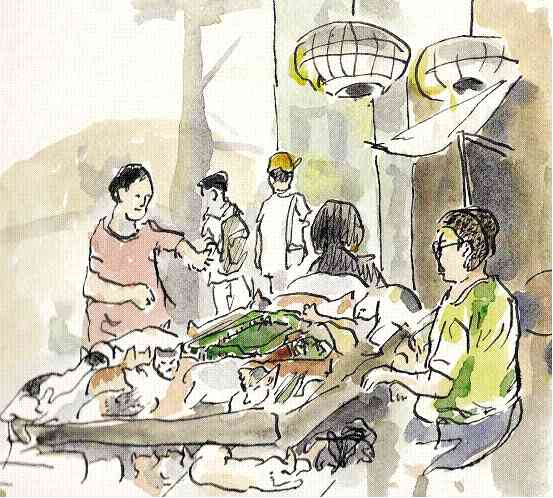 A long time ago, this store used to house a Chinese restaurant, but now it sells the usual phone load, newspapers, magazines and cold drinks. In a busy place like Libertad near the Pasay Market, there is nothing unusual about that—except that next to the candies and cigarettes, there are several furry and very relaxed cats and kittens minding the store along with owner Mercedes Ong, or Bipo for short. There are about 30 at Bipo’s last count.

The adult cats have been recently neutered or spayed. Bipo, 50, says she had been selling on the spot “since birth.” Her family used to run Shanghai Restaurant a long time ago, but problems with their accountant forced them to close shop.

The store is like a cat petting zoo. Many pedestrians drop by to play with the cats, not even buying anything. Even while relaxed, the cats are difficult to sketch because they are surprisingly not still, even when asleep. Since they are all lumped together next to each other, just a single motion from one restless kitty would create a domino effect, a wave that would unsettle everyone into motion. Also, once they notice someone eating, they immediately jump and disappear in a raid to beg for morsels.

Bipo says they have never been in trouble in the community, nor have they been reported. It seems like they have been there as long as Libertad itself. —CONTRIBUTED 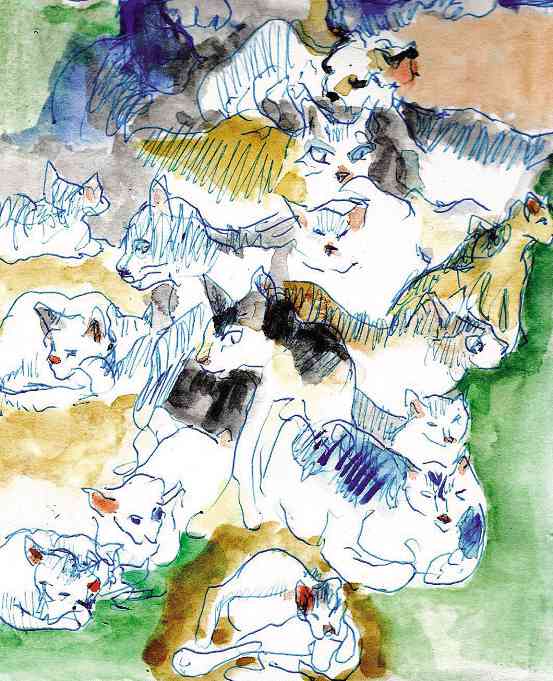