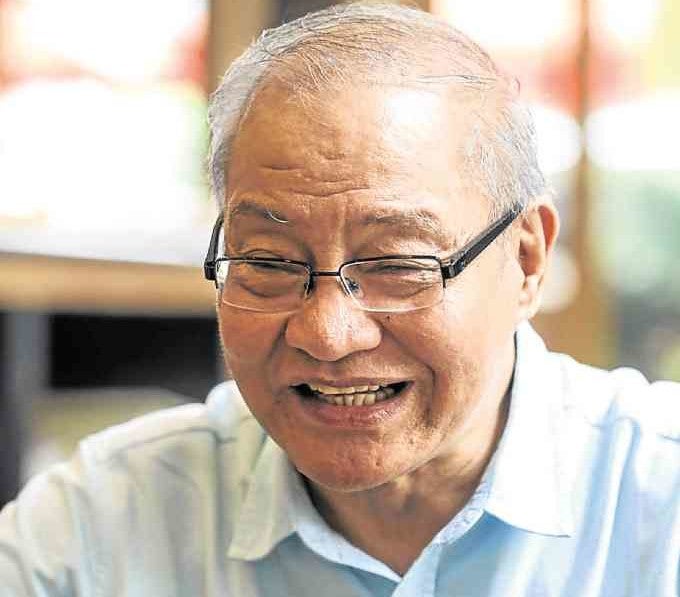 The new ambassador to China comes with interesting story

He was a young man fresh out of college when he first set foot in China. It was 1971, he was 23, head of a youth delegation that had been invited by the China Friendship Association, a student activist brimming with youthful idealism.

It was supposed to be a three-week trip. It stretched to 15 years, and then some. By the time he decided to settle back in the Philippines in 2010, he had lived in China for nearly 40 years.

(With the suspension of the writ of habeas corpus in 1971 and the declaration of martial law in 1972, Sta. Romana and the rest of the youth delegation, could face arrest if they returned.)

Now Chito Sta. Romana is returning to the country that had shielded him, although by a twist of faith, during the martial law years under the late President Marcos. This time he’s 69, and he’s returning no longer as part of a youth group, but as the Philippines’ Ambassador to China.

“When you’re young you want to change the world and you think you can, in as quick a time as possible. Every generation, I think, is entitled to that,” he says. “But I guess as you age you learn more, you become more realistic. You gain more wisdom, you become more philosophical.”

It’s a wisdom that will serve him well in his new post, considering the current state of Philippine-Chinese relations.

Sta. Romana is looking forward to forging friendlier relations between the two countries, a process that seems to have already begun with the recent state visit of President Rodrigo Duterte to China.

“There’s been an improvement in China’s perception of the Philippines,” he says.  “They now see us in friendlier terms, no longer as an adversary.”

Perhaps even as an economic partner. Already, he says, there has been an increase in the number of tourist arrivals from China, the world’s biggest source of outbound travel.

The tension in the West Philippine Sea has eased, with Filipino fishermen now able to fish in the disputed areas.

Even the renowned ballet “Raise the Red Lantern” was finally performed by the National Ballet of China at the Cultural Center last October after months of delay.

This year, Sta. Romana says, we could also start seeing initial groundwork for railway and bridge projects, which could be completed with Chinese and Japanese assistance. “If everything works, it could mean about a million jobs.”

With the détente in the current relations, Sta. Romana says, it’s easier for the Chinese government to explain to its people that it’s in their own strategic interest to have a friendly neighbor and to share fishing rights.

Although the disputes may continue, he believes they can be resolved in a peaceful, not adversarial, way. “It’s how to compartmentalize the disputes.  There should be separate tracks for what we can agree on and what we can’t agree on.  ’Pag pinaghalo mo, it will just affect all relationships and the mutual misconceptions and hostile suspicions will continue.”

One approach, he believes, is not to put the differences front and center, as this could block the development of relations.  Instead the differences could be set aside for the time being.

He cites the example of Vietnam, which had land and maritime disputes with China. After a decade of talks and with the changing world realities, both countries were able to resolve the conflicts.

Likewise with the then Soviet Union. Talks to resolve their dispute over land in northeast China, which had been taken by Russia during the time of the czars, languished for a decade.  Nevertheless the dispute was finally resolved when Gorbachev came to power.

In the case of the Philippines, “it would be a matter of using diplomacy to produce tangible results that will be felt by our people, whether it’s in trade, investments or tourism, without giving up our sovereign claims,” says Sta. Romana.

Despite his many years in China, Sta. Romana says his heart still belongs to the Philippines: “China was a second home to me. I stayed there because of circumstances. I had a job there.  The moment the job wasn’t there, I came home, something I’ve always dreamed of. It’s never fun to live in exile.”

Nevertheless, the many years he lived in China will help him navigate the challenges he now faces as an ambassador. He witnessed five years of Mao Tse Tung’s rule, was in China in all the years that Deng Xiaoping was in power, and saw China’s transformation and rise to a world power.

Further, his experience in media arms him with the skill to view current events from a historical perspective.

As producer, and later on as bureau chief of ABC News, he has been in the thick of events.  He helped in ABC’s coverage in the early days of Tiananmen Square.

Another award came from the Overseas Press Club of America for their coverage of the 2008 earthquake. Other coverages—the economic rise of China and an investigative report on China’s AIDs village—garnered Emmy nominations.

Even his academic background—a double major in Economics and Commerce from De La Salle University, and a master’s degree from the Fletcher School of Law and Diplomacy in Massachusetts—adds cumulatively to his expertise and diplomatic skills.

Though he never imagined he’d one day be the country’s ambassador to China, it seems his whole life has been a preparation for the role.

All these advantages are not lost on him. When he arrives in Beijing, he says, “I can hit the ground running.”

Running, with much of his idealism still intact. The slogan “Give peace a chance” is no longer just empty rhetoric.  For him it’s a goal.

“We’re entering an interesting historical period,” Sta. Romana says.  “I hope I can make a difference.”