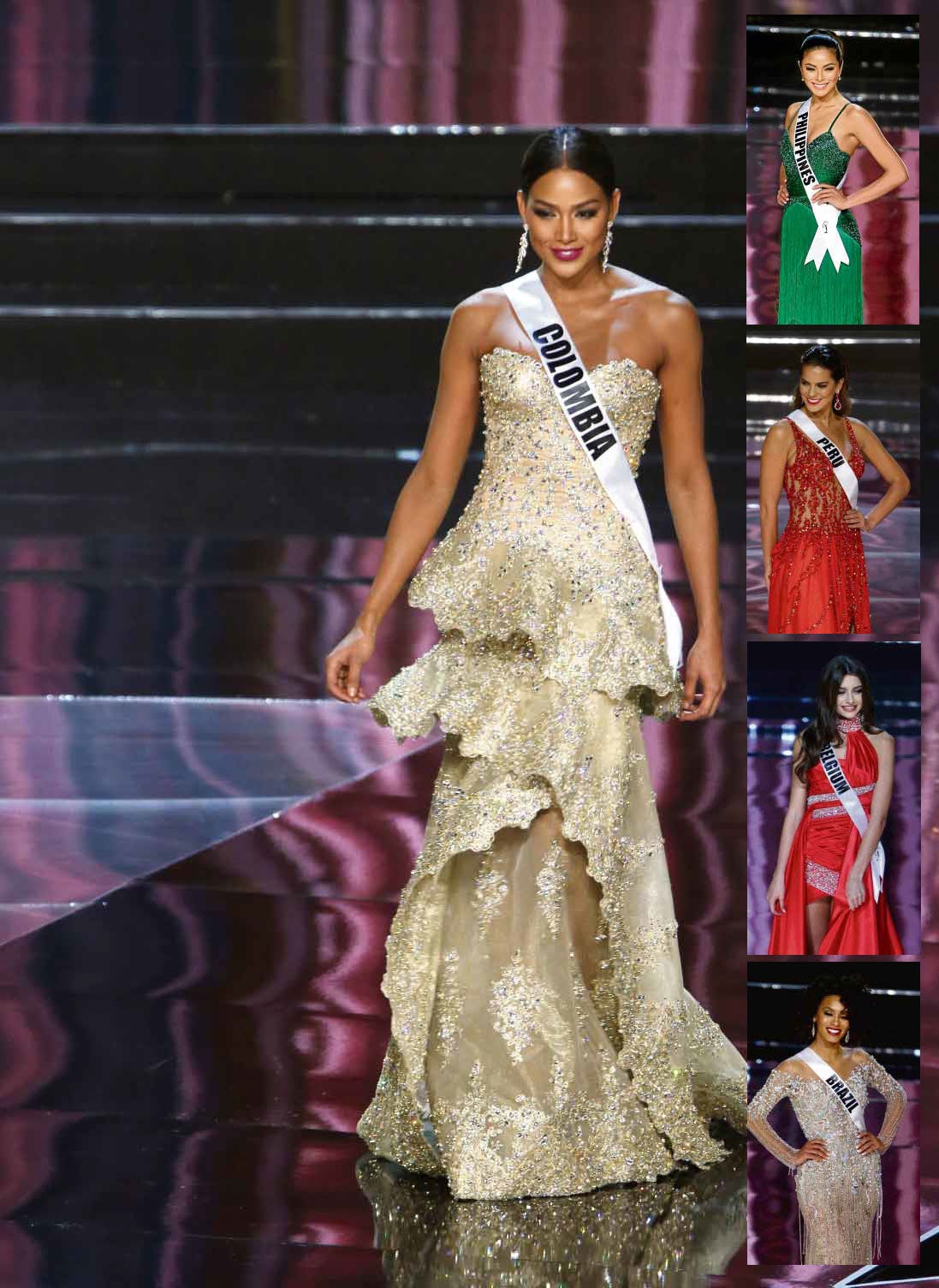 Miss Colombia is the candidate to beat

As far as the bookies are concerned, the 65th Miss Universe pageant is Miss Colombia’s contest to lose.

At the homestretch of the competition, technically the pageant’s 2016 edition, Andrea Tovar is poised to mark a Colombian redemption, after the error by American host Steve Harvey in the previous pageant, announcing Tovar’s compatriot Ariadna Gutierrez as the winner, only to be retracted within minutes of Gutierrez’s coronation.

To many fans, the sight of outgoing Miss Universe Paulina Vega, also from Colombia, taking the crown from Gutierrez’s head and putting it on the head of the rightful winner, Pia Alonzo Wurtzbach of the Philippines, is still fresh.

With Tovar topping the Miss Universe poll of betting sites Powerline.com and BetOnline.com, Pinnacle.com in Britain, and WilliamHill.com in Australia, Colombia may be out for vengeance.

But veteran local journalists who covered the preliminary swimsuit and evening gown competitions on Thursday noted that Venezuela’s Mariam Habach stole the show with her impeccable stage presence, and commanded attention with her impressive presentation skills.

The Philippines’ bet, Maxine Medina, placed only eighth on BetOnline.com, tied with the candidates from Georgia, Indonesia and Great Britain. WilliamHill.com put her in seventh place, tied with Thailand’s Chalita Suansane.

But in the previous pageant editions, the bettors’ prediction lists did not match the actual results.

In 2015, WilliamHill.com favored Brazil’s Marthina Brandt to bag the title, but she finished nowhere near the winners’ circle. Wurtzbach did not figure high among the bookmakers that year.

The previous year, Vega ranked only third on Pinnacle.com, but eventually won the crown.

The Philippines’ candidate in the 2005 Miss World pageant, Carlene Aguilar, topped most betting odds, but finished only in the contest’s Top 20.

Medina’s quest for the crown is boosted by the hometown support she is enjoying as the host candidate, and by the massive global support for the pageant’s official online voting.

Unofficial results from the Miss Universe pageant online poll, which closed on Saturday evening, showed Medina in the lead with 39.98 million votes, followed by Chalita with 39.97 million, and Indonesia’s Kazi Warouw with 34.59 million.

The voting platforms will reopen on pageant day for real-time scoring from home viewers during the different stages of the competition.

In the pageant community, Southeast Asian countries are known for their huge online push for their candidates.

Most of the Miss Photogenic titles received by Filipino beauty queens in the Miss Universe pageant were based on online votes.

The Philippines has the most Miss Photogenic winners in the pageant, with a total of seven recipients.

Thailand has figured prominently in the online poll for national costume, while Vietnam has earned a reputation for garnering huge votes for its candidates in other global beauty contests.

The Philippines is also riding on the momentum ignited by Filipino beauty queen Venus Raj, who in 2010 ended the country’s decade-long Miss Universe semifinal spot “drought” by cracking the Top 10.

The Philippines now has the longest active semifinal streak in the Miss Universe contest, at six consecutive places.

The United States holds the record for the longest consecutive semifinal places at 22, followed by Venezuela at 21.

Both countries missed the semifinals in 2010.

This year, one more candidate will enjoy her moment on the Miss Universe stage.

The Miss Universe Organization (MUO) initially announced having only 12 semifinalists for the final ceremonies. But Miss Universe Belize Rebecca Rath posted on Facebook that they were rehearsing for a Top 13.

An insider from pageant sponsor SM Lifestyle and Entertainment Inc. confirmed this to the Inquirer. The extra semifinal spot supposedly resulted from multiple ties in the ranking of the delegates.

Scores from the closed-door panel interview on Wednesday, and from the preliminary swimsuit and evening gown competitions on Thursday, determined the semifinalists, who will be announced during the final ceremonies at Mall of Asia Arena in Pasay City on Monday morning.

The Top 13 semifinalists will compete in the swimsuit round, where they will be scored based on a 10-point scale. From this round will emerge the Top 9 finalists who will proceed to the evening gown segment.

Also based on a 10-point scale, the finalists will be scored in the gown round to determine the Top 6 candidates who will advance to the crucial question-and-answer round.

The last cut will see the Top 3 candidates in the “final look” round where the judges, and the home viewers, will rank the candidates based on their performances in the entire ceremony.

This is the third time that the Philippines has hosted the Miss Universe pageant—in 1974 when Filipino beauty queen Margarita Moran relinquished her crown to Spain’s first winner, Amparo Muñoz.

For the second staging of the global tilt in the country in 1994, Sushmita Sen bagged India’s first Miss Universe crown.

During these two editions, host candidates Guadalupe Sanchez and Charlene Gonzalez did not go empty-handed.

Sanchez finished in the semifinals, while Gonzalez cracked the Top 6.